Modkid Gretchen With a Little Bit of Sparkle 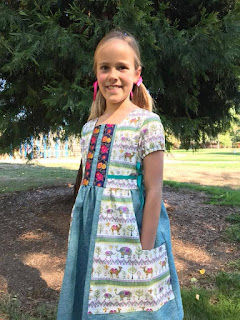 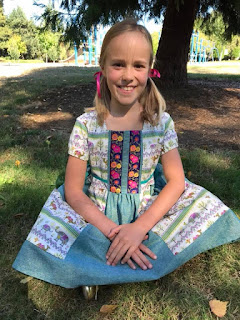 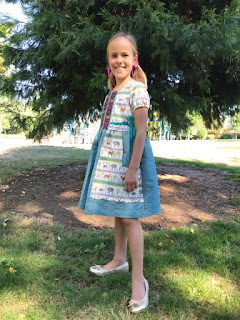 Let's see..... Camden is almost 8 and a half years old, and I had this fabric BEFORE we moved from Vancouver TO Central Oregon.  This means I probably purchased this elephant fabric between six and seven years ago.  I believe I had a yard, maybe a yard and a half, and for the longest time, I had no idea how I could use it in a project.  I wanted to be sure the fabric was the star of the show and that it wasn't cut into tiny pattern pieces, etc. 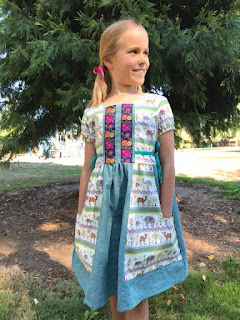 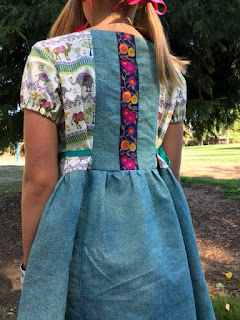 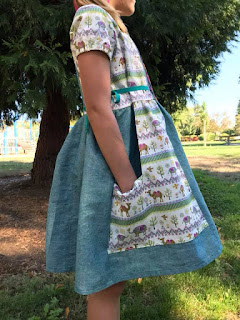 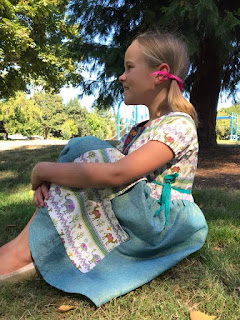 Well, I met half that goal.  I decided to use the Gretchen dress by Modkid Patterns, which I have used and loved before.  For how cute it is, it is SUCH a simple pattern, and you can add in some extra bling with ribbon.  And this is where I likely messed up.  I could have kept the bodice front panel plain, surely, but I really felt I need something there, and of course, because I'm impatient and didn't want to wait to find a better ribbon, I went with something that is a bit too loud.  That purple is too dark, and I'm aware of that, ugh.  I did it, anyway.  I have no idea what is wrong with me sometimes.  Such is life, though, and a finished elephant dress is better than no dress, right???  And it just so happens that Camden is excited she was finally able to wear her shiny gold shoes I bought for school, aha. 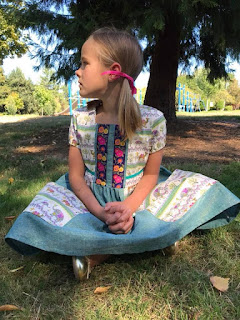 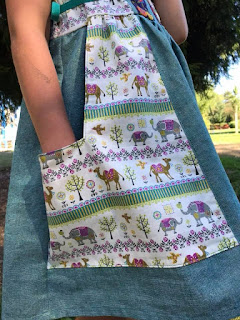 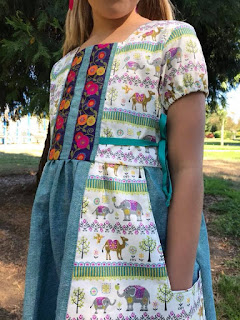 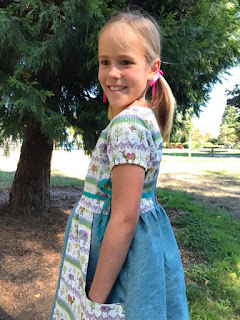 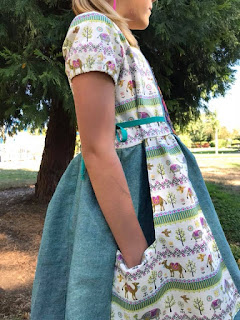 You can see I have made the pattern here, and in that post, I also show off the tiny version Camden wore when we were married in October of 2012.  Funnily, one of those wedding photos was lying around in my sewing room yesterday while I was sewing the dress! 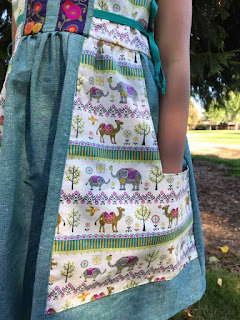 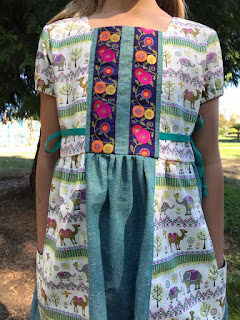 As I said, the pattern is super easy, and the pockets are such a great way to show off a fun fabric.  I have only ever done the short, elasticized sleeves, which is a great way to get away with using less fabric.  I was a bit lazy and wanted to use twill tape, instead of making side ties, and the twill tape doesn't totally match, but again, I wanted the dress done, so, there we have it.  If I had been thinking when I traced the pattern, I would have traced it longer, matching the size 10, but I was sort of worried about having enough elephant fabric.  And I was very happy to find the Essex-dyed metallic.  It is a pretty good match for the greens on the elephant fabric, and I knew Camden would be happy I chose something sparkly. 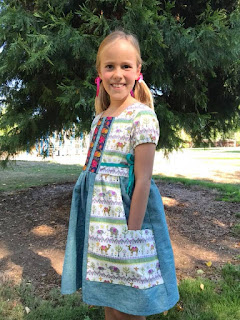 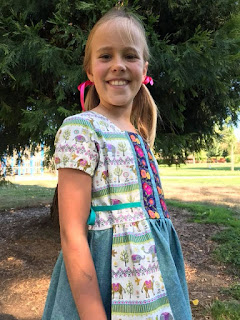 So, score!!  Dress number 2 is all done.  I have started the next, and I'd like to have at least one more done before Wednesday, so, we'll see how that goes!

And a few last pre-fall happenings.... 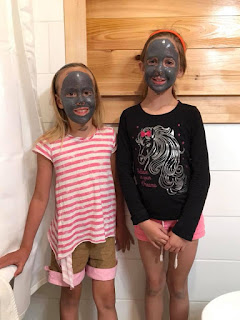 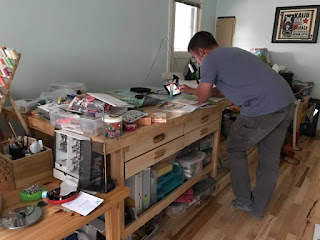 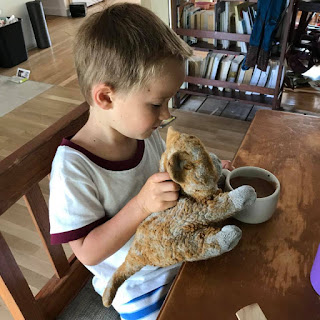 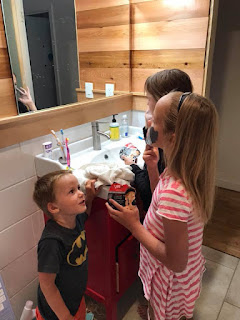 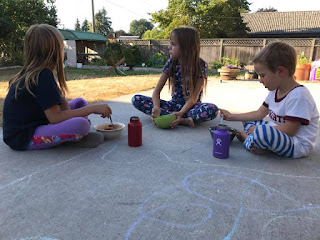 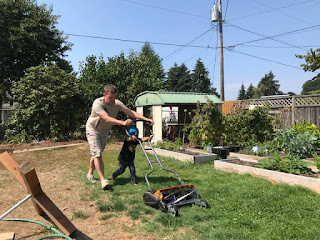 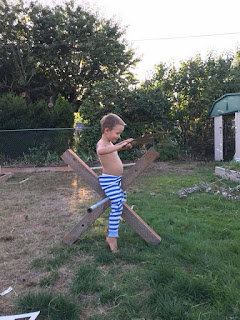 Posted by cottington at 7:00 AM