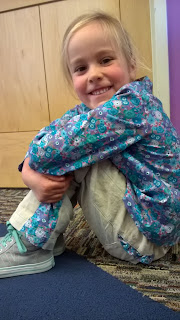 The After School pants and top by Oliver and S are pieces I've sewn before, and I love the pattern!  This go-round, I made a couple of weird decisions, one of which is totally uncharacteristic of me...both which I regret. 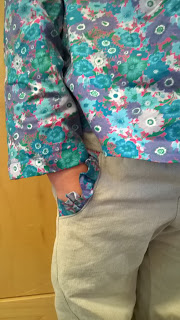 The pattern itself is great.  I'm not sure if there is any errata, but if so, I don't notice it.  I will say it's tricky trying to remember which side of the shirt is the front/which side is the back, as it's such a minor difference.  For the top, I used a lovely lawn (I think it's lawn, anyway) that I had in stash and which was originally meant for pillow cases, aha!  I think I purchased the pants fabric from fabric.com last year.  Overall, it's a pretty light-weight outfit. 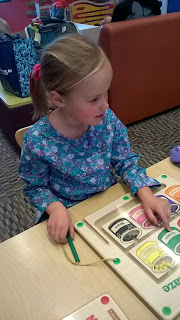 I can already tell it isn't a favorite for Camden, which is, of course, a bummer, but she does generally prefer dresses and skirts right now, anyway.  Personally, my least-favorite parts are where I made the horrible choice to use decorative stitching on the back pockets (that is TOTALLY a #whatwasidrinking move, for real).  That choice wouldn't have been TOO bad, except that I had also chosen to use contrast stitching on the pants, which is generally an okay idea - except that the thread is SO loud, compared to the color of the fabric.  I just am overall not happy with these decisions, and I'm a bit sad.  I should have spent the time to go back and rip it all out, but I sadly did NOT.  I'll just pretend that when she's wearing it, nobody will notice  ;)  Also, I totally accept the judging you are doing right now, aha! 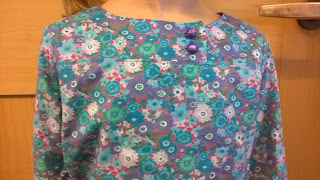 Anyway, the pants are a bit long, clearly, but we'll go with it for now, as they basically work when she is wearing her shoes.  And I DO envy her with her new, soft blouse...but I almost think the fabric would be cuter if it's been on a slightly more fitted style.  Ah, well - the outfit of complaints! 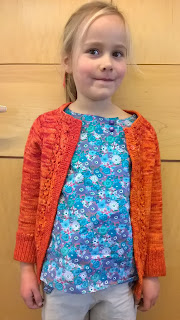 On another note - days in the life... 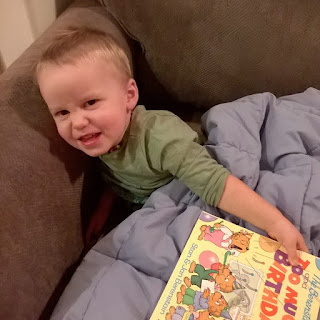 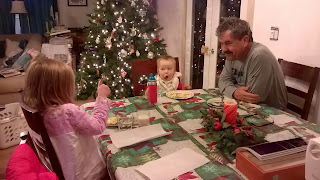 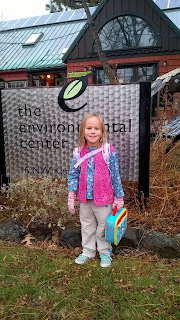