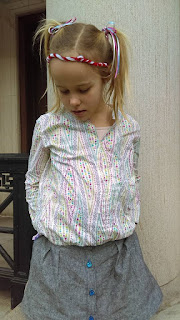 I have MAYBE mentioned this once or twice, but the Figgy's Ayashe (skirt and top) is one of my FAVORITEILOVEITSOMUCH patterns ;) 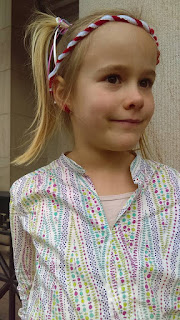 Nothing ground-breaking here, folks....just cuteness and more cuteness!  I love this outfit!  I will maybe mention something I haven't before...or maybe I have, but who cares, right?!  I also have a secret love affair with double-sided tape when sewing waistbands...or when attaching ribbon to the insides of hems.  EVERYONE should do this!  I am sure it makes me uncool and not technically good at sewing or something, but hey - I feel better not worrying about whether or not I'm catching the inside of waistband when sewing from the outside of the garment. 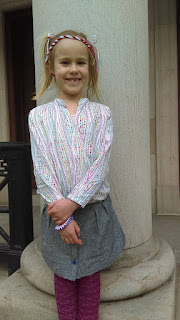 Anyway, I thought I'd throw that out there...especially since I've used copious amounts of said tape lately ;)

I actually worked on three Ayashe blouses, but I'll keep the other two for another post, when I have also finished a pair of Zonen Jacob pants (also sewn here and here).  I worked my smarts (which I do every now and then) and wanted to use up three gorgeous bits of fabric I own...but also wanted to match them all to a skirt and a pair of pants!  I made this post's Ayashe blouse in a smaller size....meaning I made the same size I made last time - but lengthened it even more, I believe....and the other two blouses are in the largest size available.  I sometime like to assembly-line-sew, and it works with this blouse. 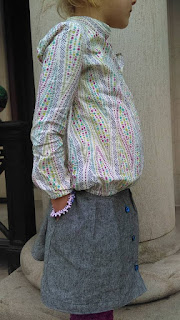 I worked in some fun ribbon for a hem facing on the skirt, and I used polka dots for the waistband facing and pockets.  I am also excited I used those buttons...as though they don't really match, it also doesn't really matter, and they're just kind of fun!  I picked them up from the yarn store one day, not knowing what I'd ever use them for ;) 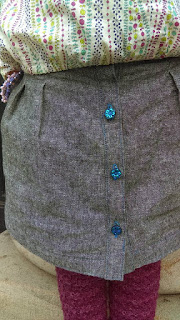 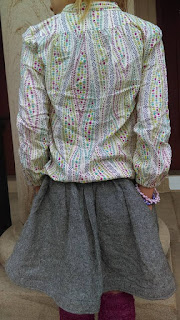 It turned out super well, and I didn't have ANY problems sewing on the buttonholes, which was a happy day, indeed!  I had even prepped my husband that I was sewing them...and he never heard me yelling or swearing, aha!

Also, Camden WAS showing her outfit off to anybody and everybody over break, so, she must like it, too!

Our holidays were lovely, and the day after Christmas, we saw The Wizard of Oz at a children's theater in Portland.  It was Tiberius's first big show, and he was a bit nervous/scared during the tornado scene; otherwise, he, too, did well.  He has attended two of Camden's shows, so, I had a bit of faith.  But goodness, the shaking and clenching during that tornado! 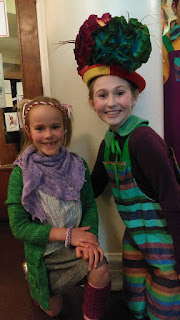 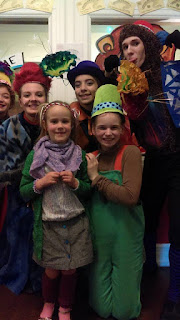 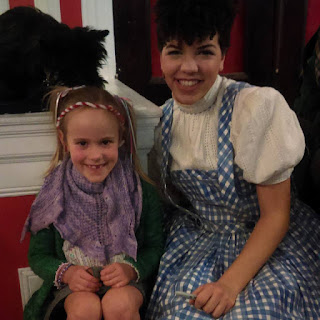 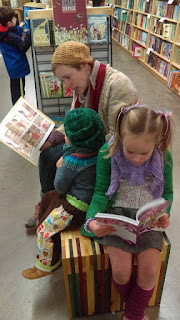 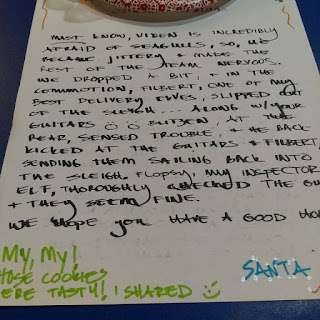 Posted by cottington at 8:25 AM No comments: