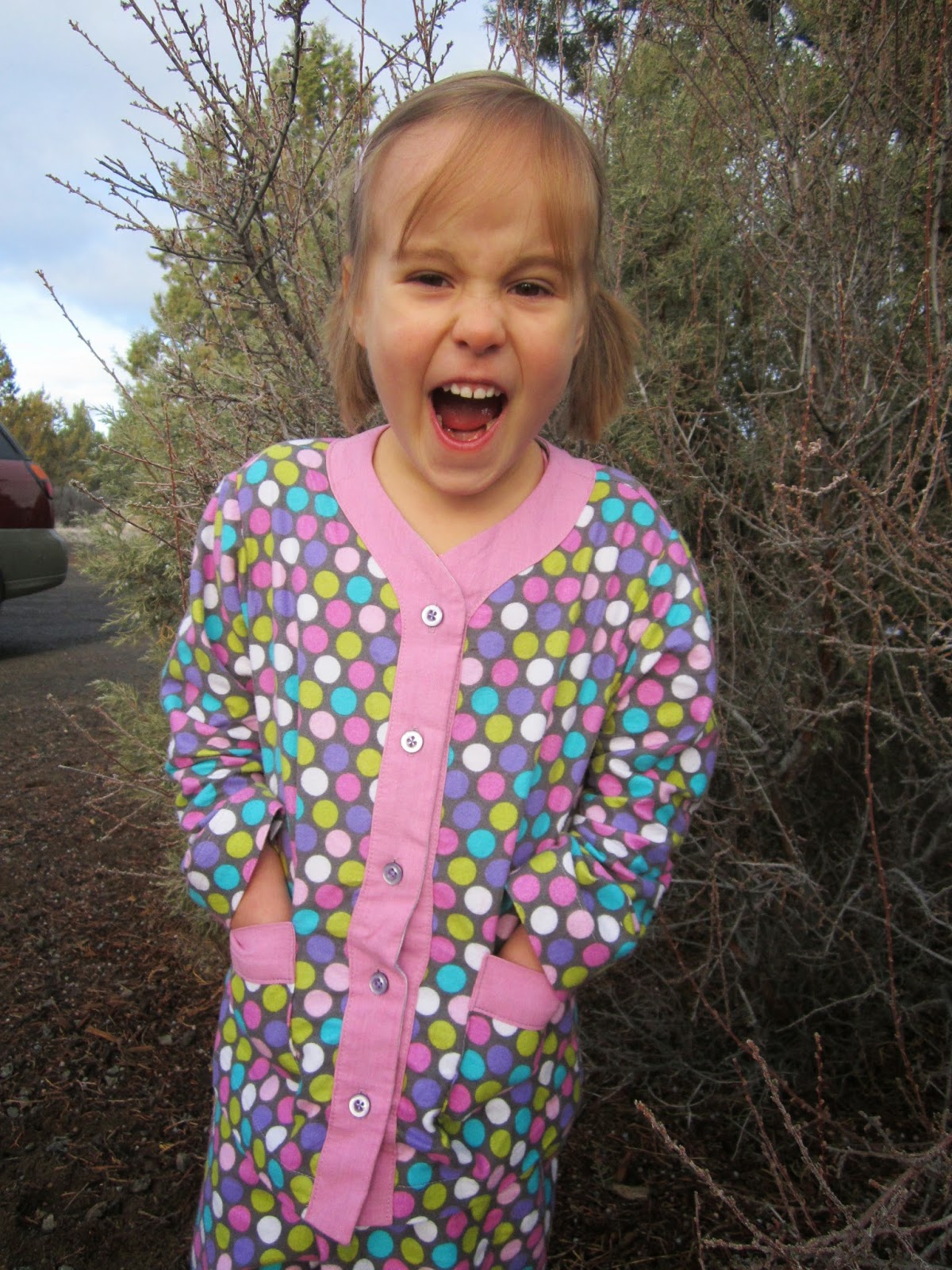 This'll be a short and sweet post in that I've made the Sleepover Pajamas from Oliver and S before and LOVE them.  It's such an easy pattern - and the only thing that's even remotely fiddly is the facing....which is not all that fiddly, LOL - maybe mostly in tearing out all the basting stitches after it's sewn up.

I love the fabric - which was purchased by Camden's grandma in October over at Cool Cottons.  Camden's old pajamas were OLD.  I don't believe in making 50 pairs, and we don't BUY pajamas.  Camden often sleeps nekkid or in random clothing, so, one pair suffices.  I made her last pair in October 2012!  Soooo long ago!

Technically speaking, those PJs still fit - but they were insanely short, aha!  So....off to the cousins, they go!  And now....the next pair is too big, all over again!  Such is life.  I love that they'll work for a couple years :) 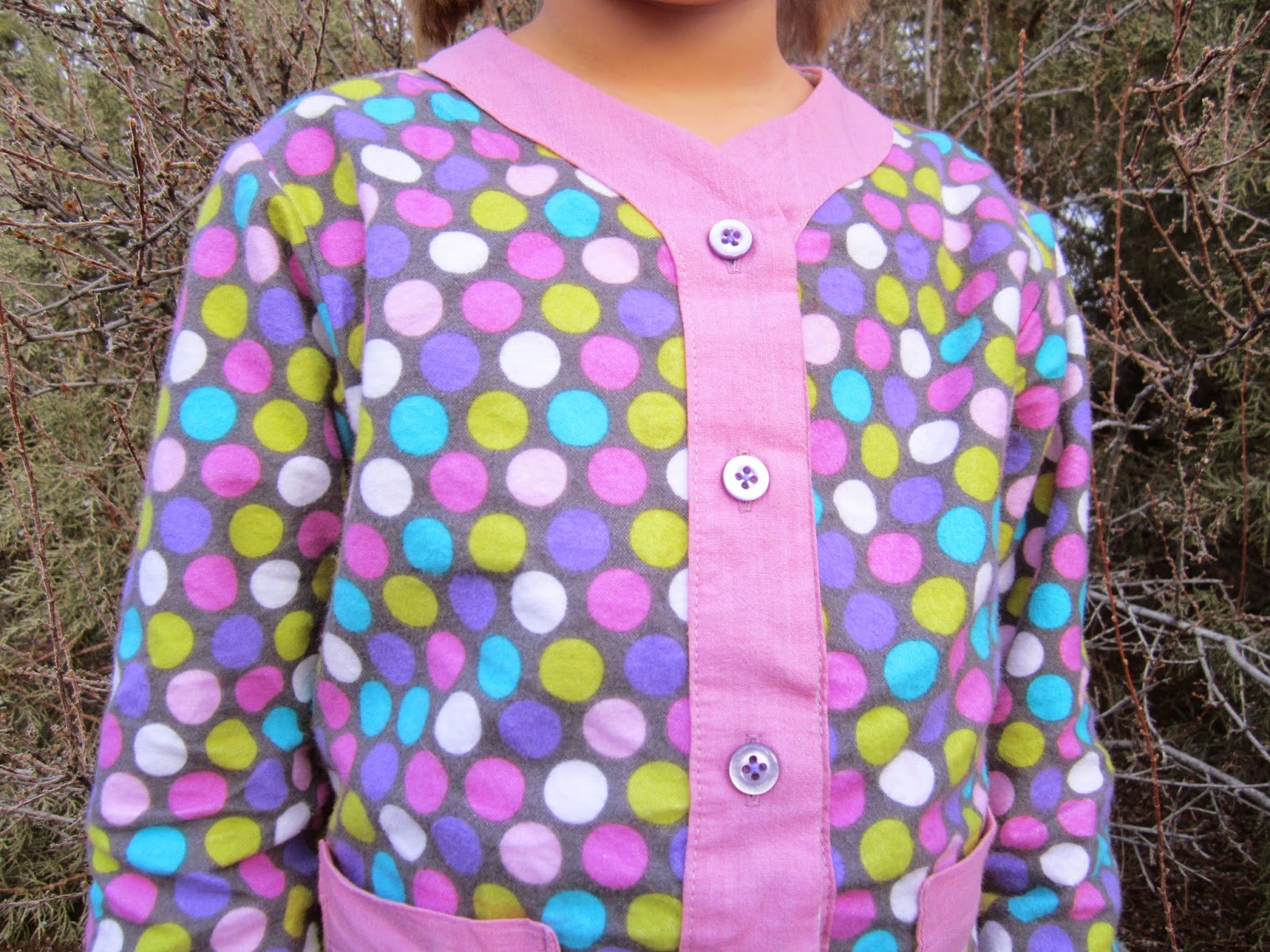 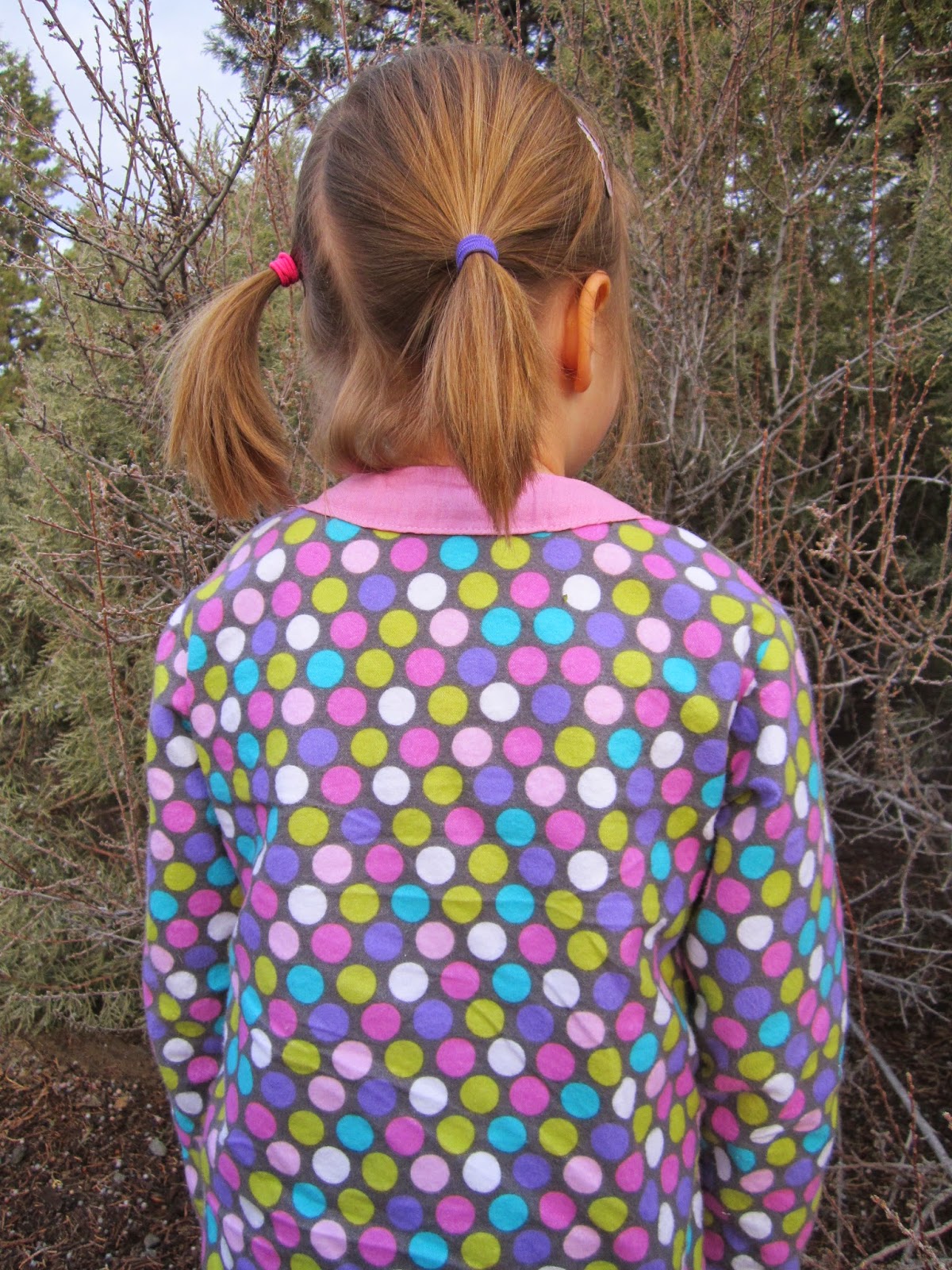 I grabbed just a few quick pictures right before swim class, so, whatevs to quality ;)  And speaking of....this is the blog post that has the LEAST amount of pictures EVER.  LOL.

Again, the pattern is great, the process was relatively simple (as in, I only almost broke a needle once, LOL), and they're super cute!  Also, the buttons were something I had THANKFULLY picked up randomly from Joann's about a week ago....glad they were in my stash! 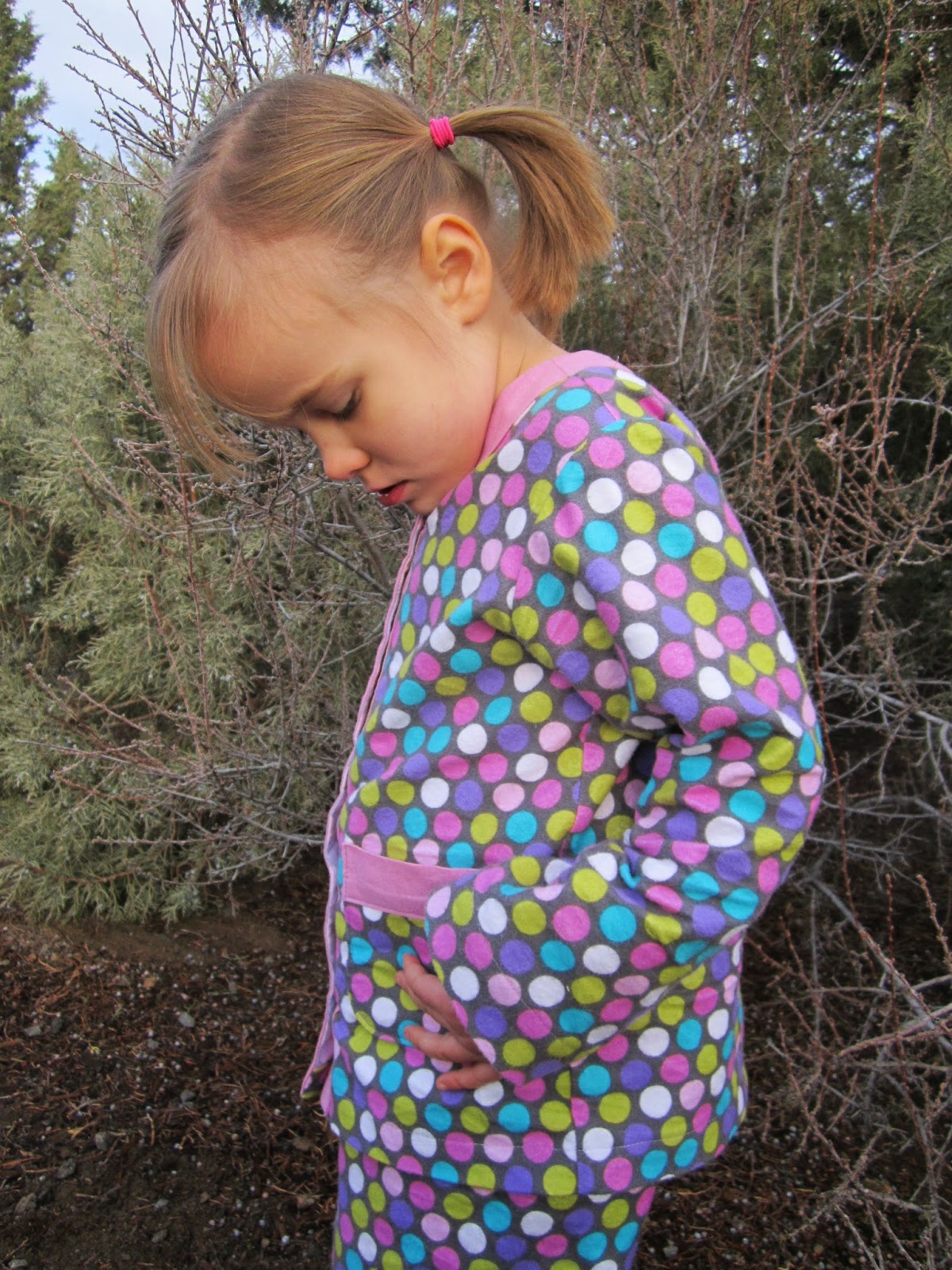 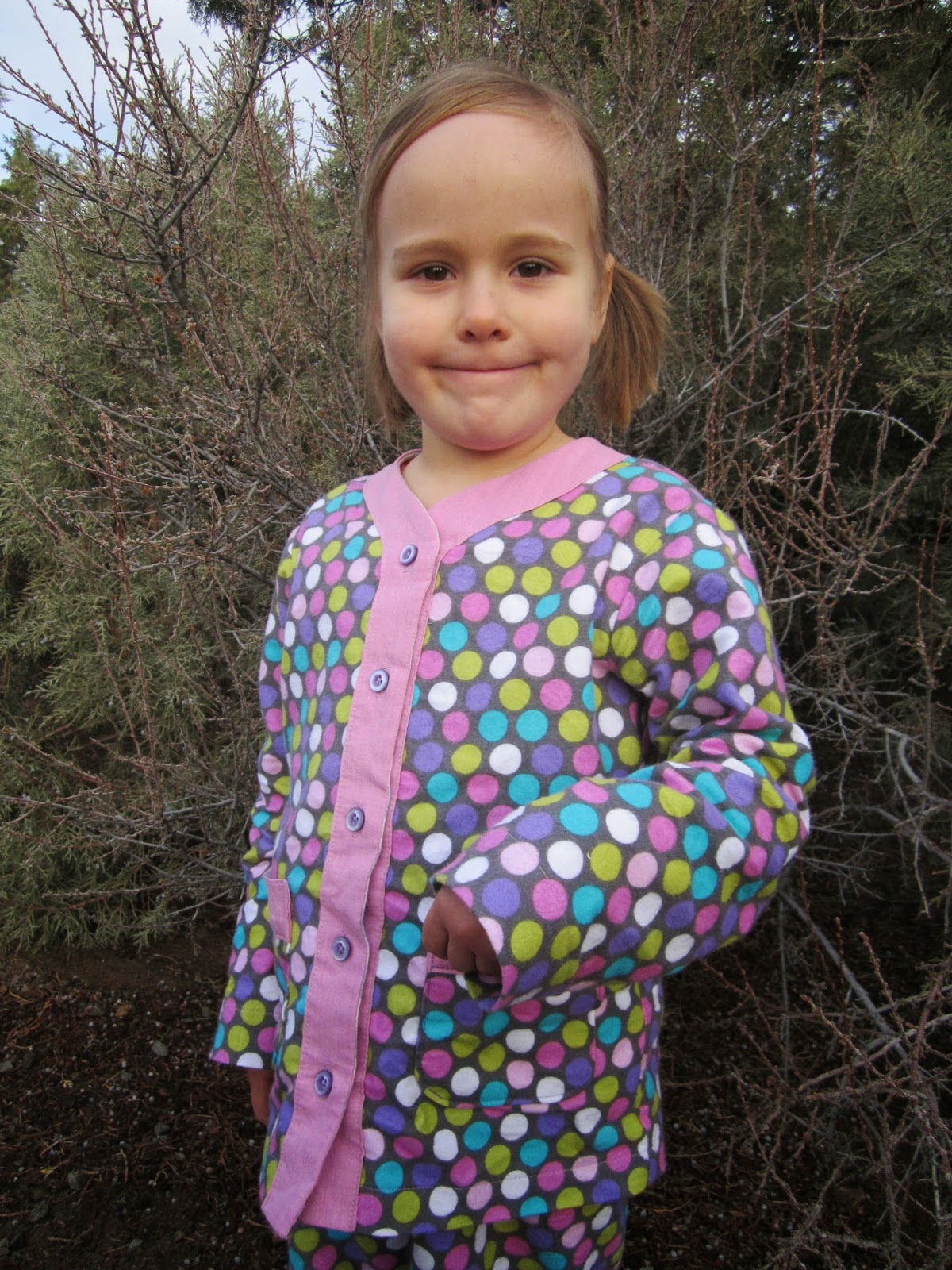 And just for fun, here is a picture of the little guy and his dad!  He's pretty feisty (STILL) - and fast!  He likes to escape into the bathroom every chance he gets.  And he loves to play with floss containers and his nail clippers, LOL...those are the two "toys" he has always liked! 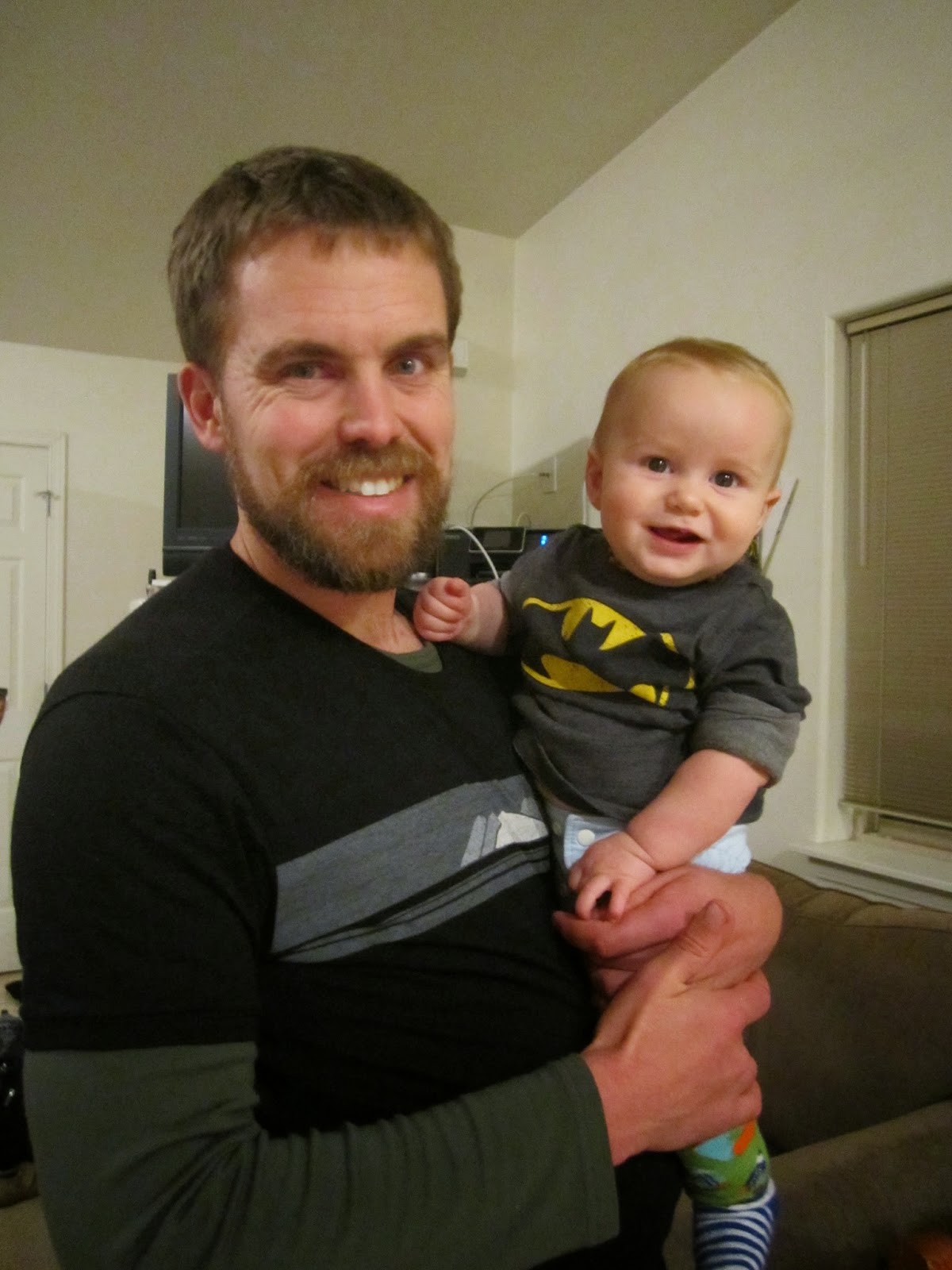 Lastly, we had a great time at our raw milk farm last weekend!  Matt is working on a small building there that we call "the little house," LOL.  He's done some tile work and insulation, etc.  Anyway, they hosted Santa on Sunday, and Camden happily decorated some cookies and ran around with the turkeys and other little girls who were visiting - then proceded to tell Santa she wants a happy purple pony and a robot that can stand on its head (please refer yourself to Berenstein Bears Meet Santa Bear).  Weirdo girl.  I was too busy with tending to Tiberius's sad ways that I didn't take any exciting pictures, aha! 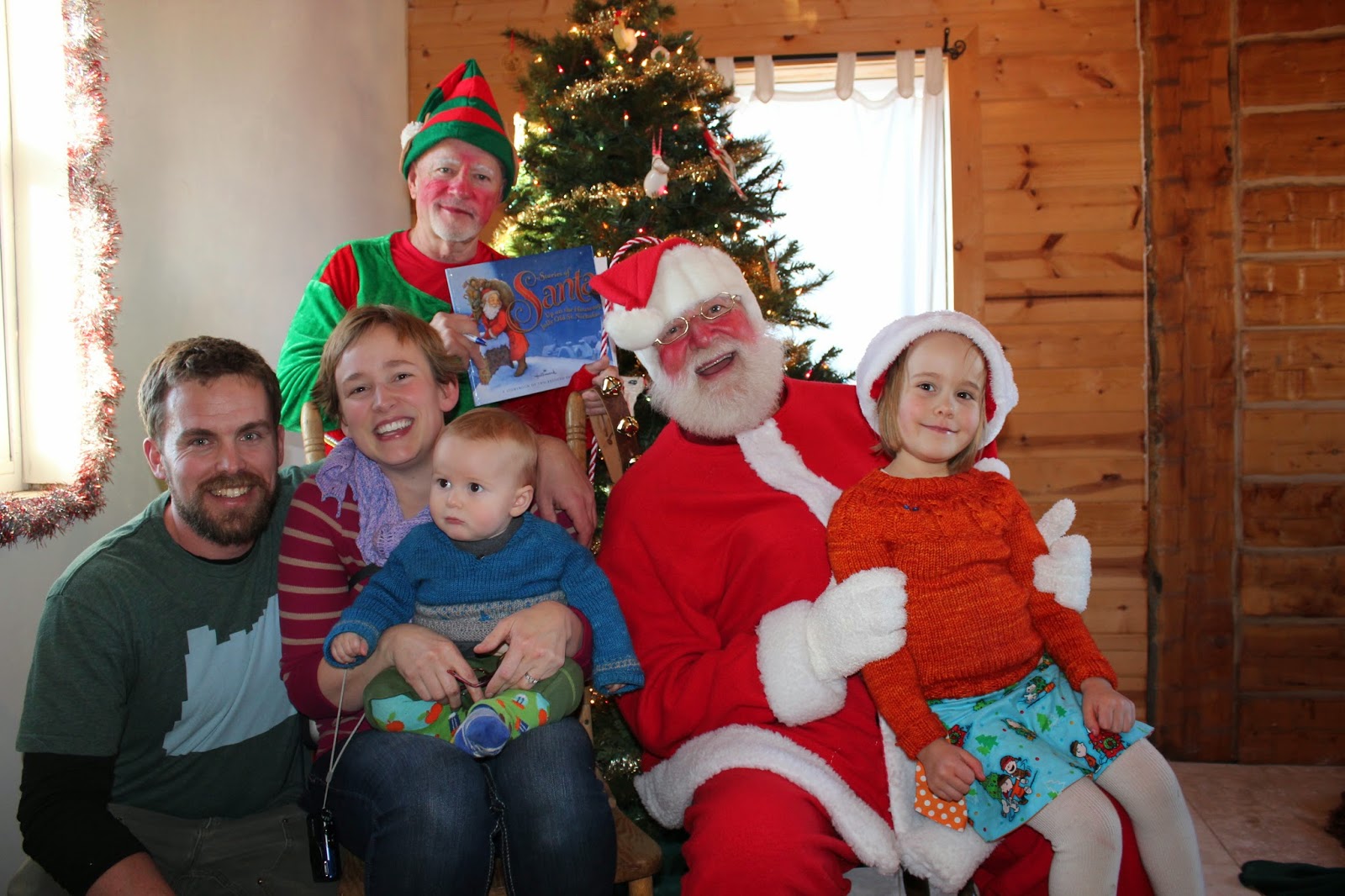 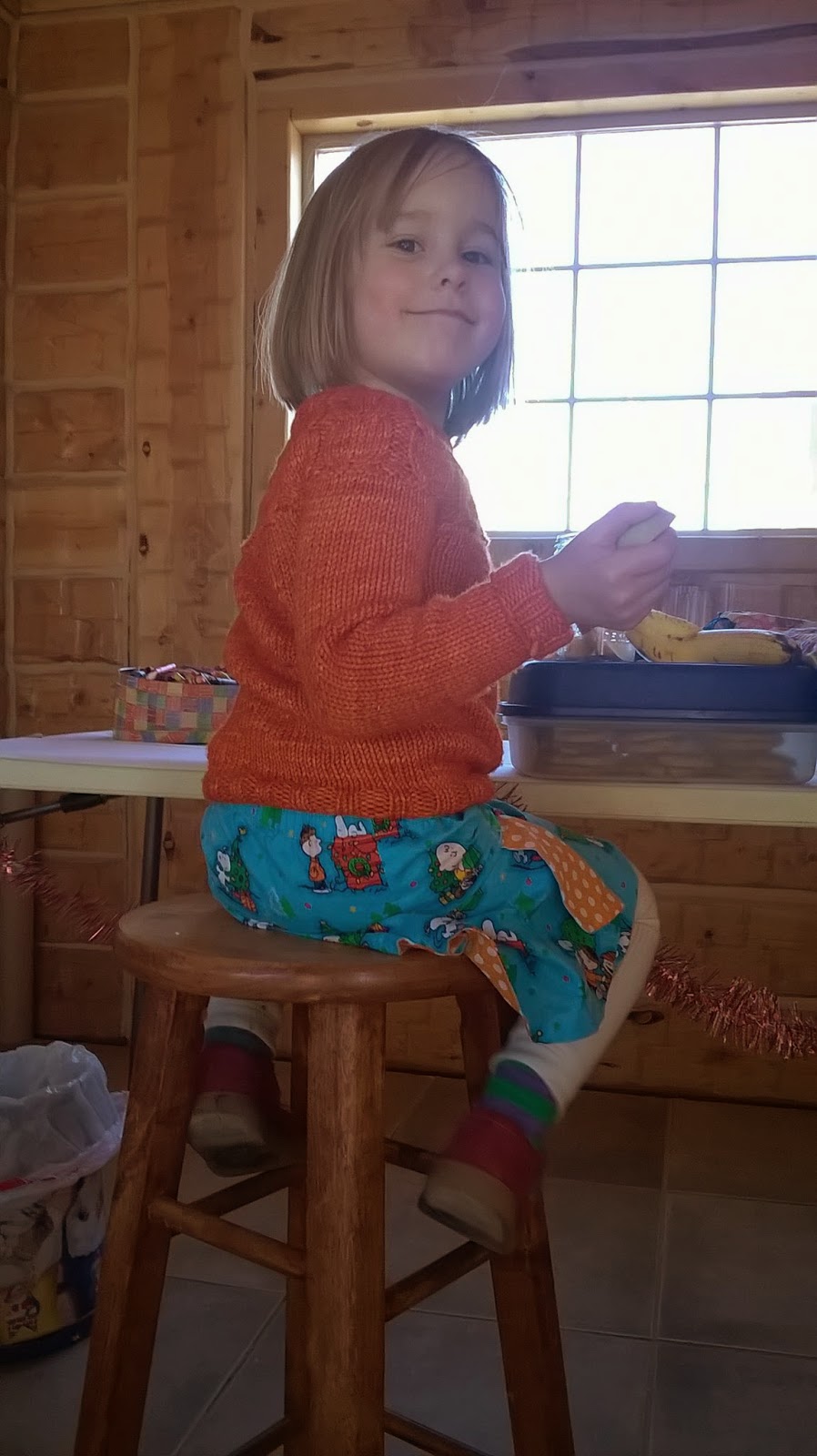 Posted by cottington at 2:39 PM