This little girl was excited for her second-ever Birthday Party Dress by Oliver and S. 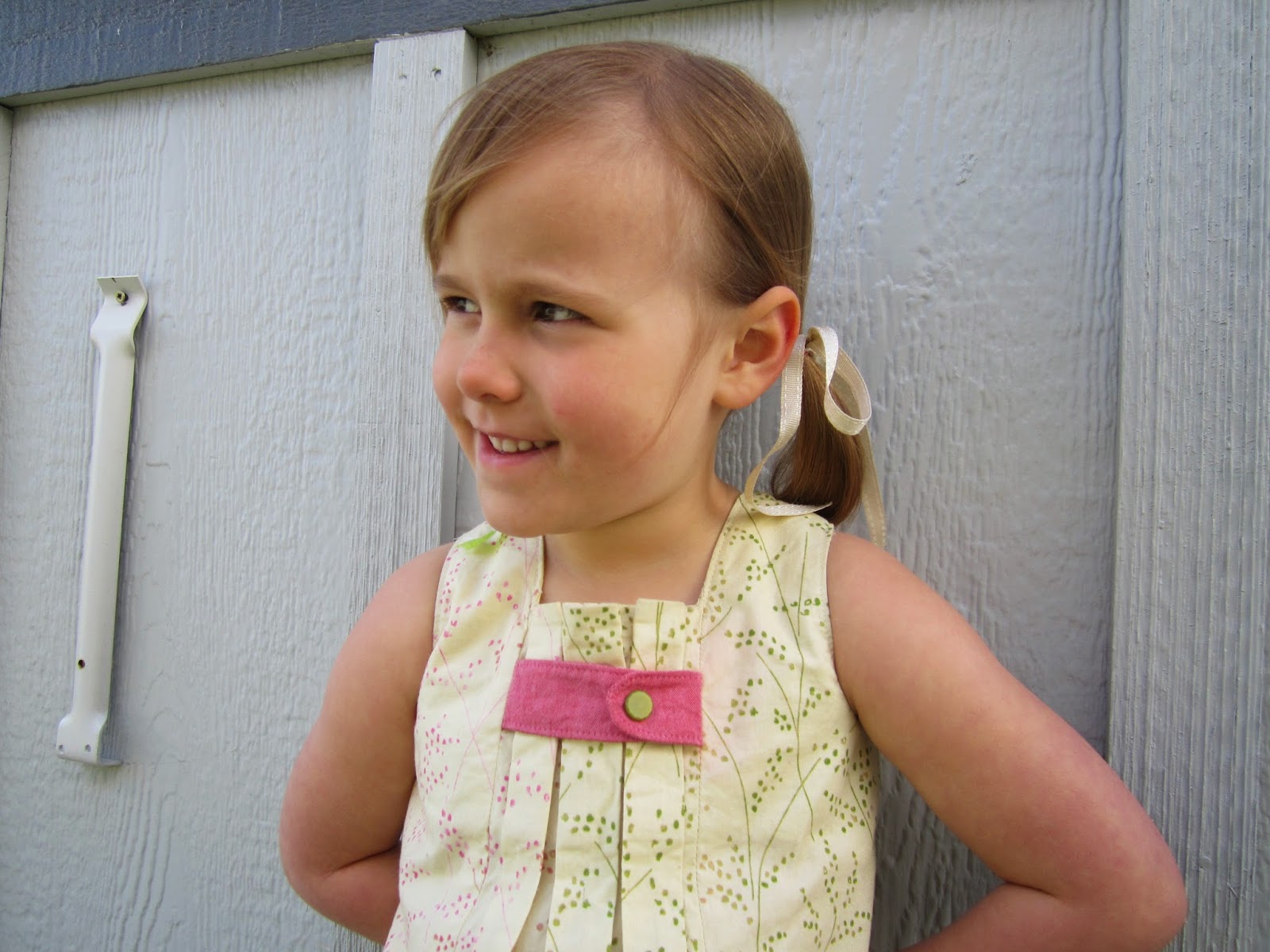 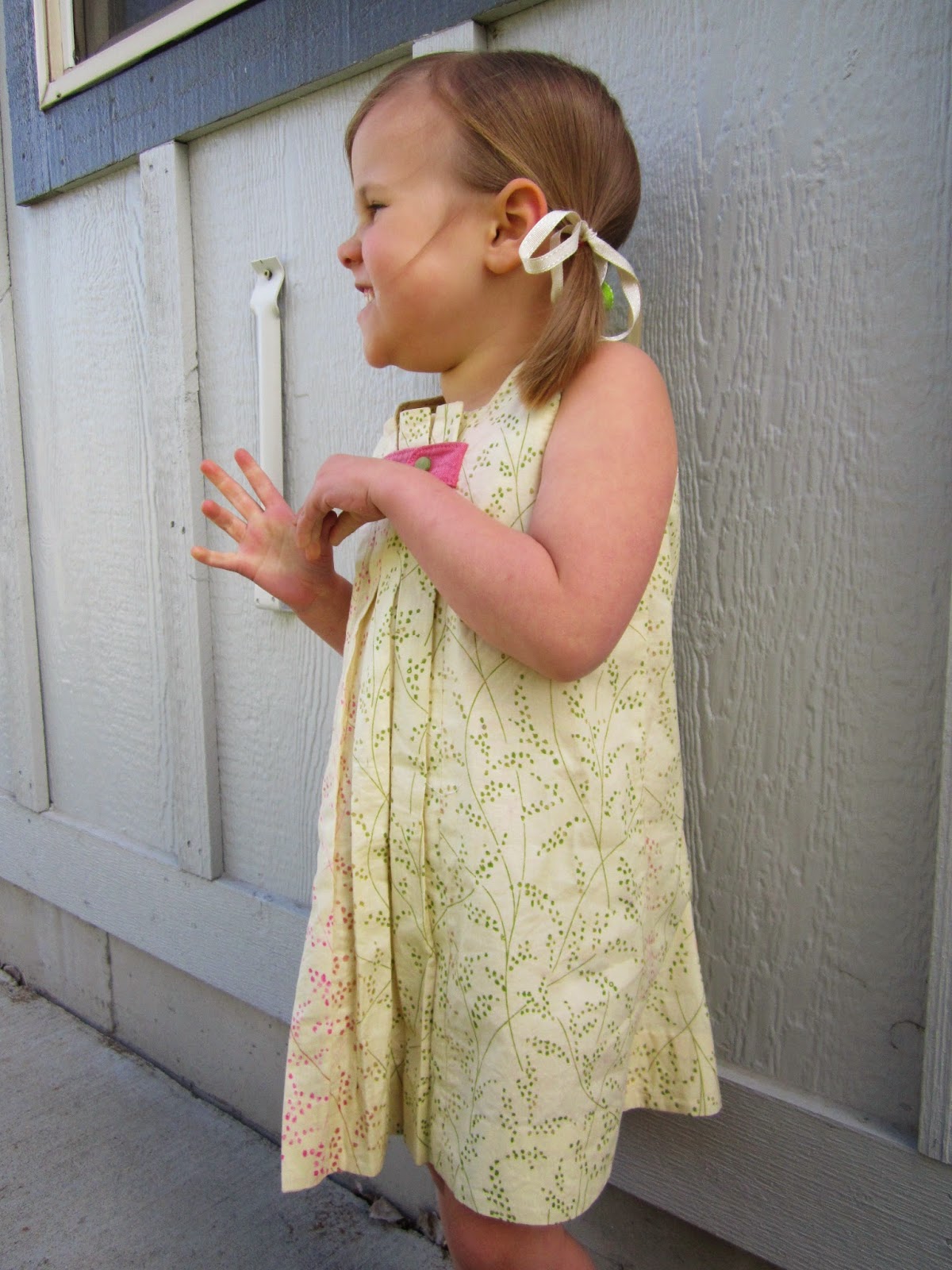 I made one for her second birthday but skipped her third, so, it seemed another was due.

I definitely prefer the fabric choice this time around.  I like the fabric I used on the first one, but I think the print itself was too dark for this pattern...who knows.  I am way happy I did the tab this time around, as it was a big mistake to use satin ribbon on her first version.  Rookie mistake, that.  I didn't realize satin was lame, LOL.

I think I made the size 4 this time around (not sure if I lengthened), and I mostly followed the pattern, though I did a different way of attaching the shoulders...which was silly, in hindsight.  Doing it the way I did it meant I needed to topstitch to keep the openings closed.  I wasn't thinking at the time - then was sad I had topstitched at the shoulders/armholes.  I personally think it'd look better without - so....my bad  :( 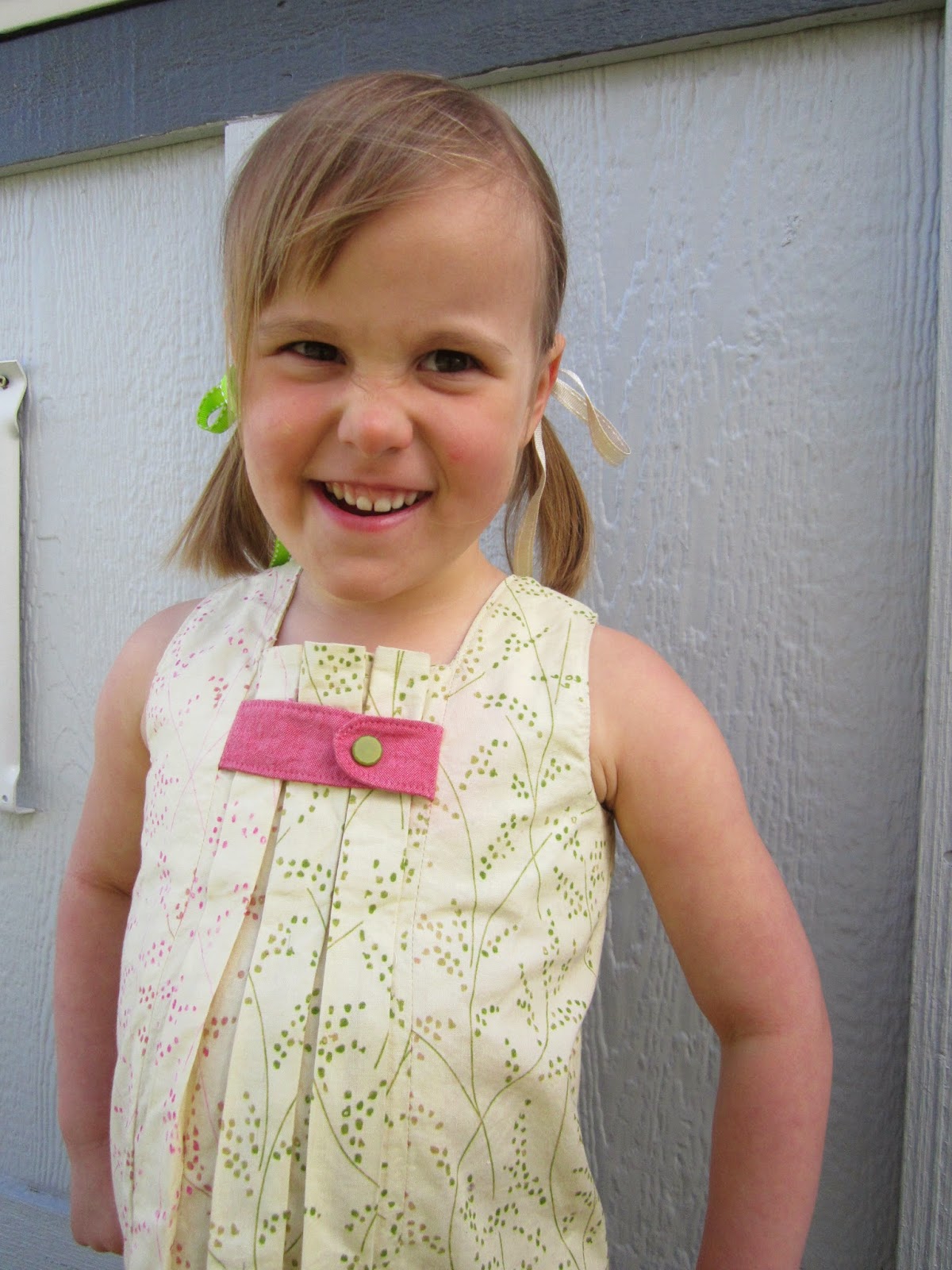 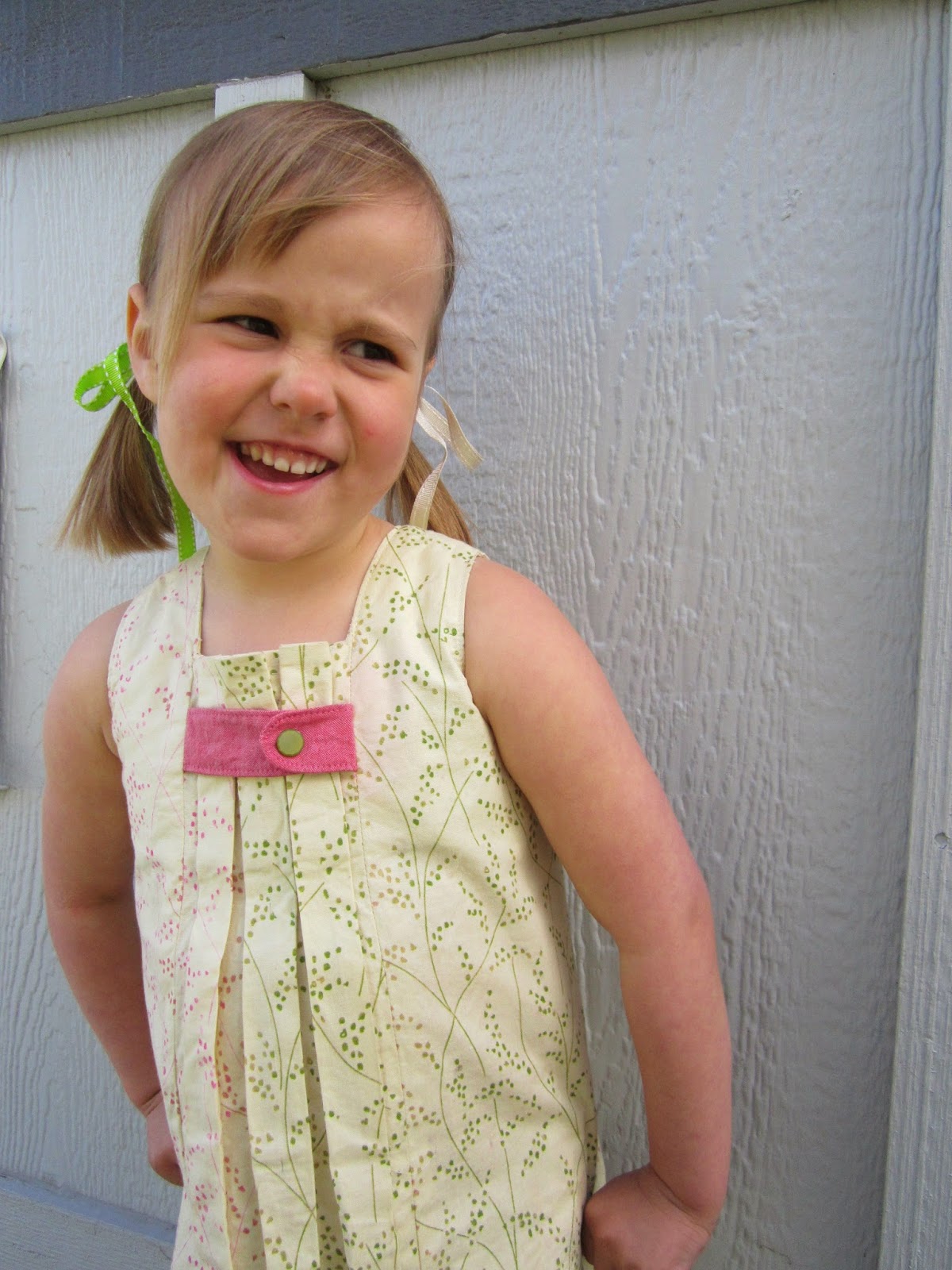 Other than that, it's a relatively fast sew, minus the pleating that slows a person down - and the hem is naturally hand-sewn. The first time I made this pattern, I used a blind hem foot, and that did NOT look great, aha!  I did secure the pleats a bit on this, but I think they should somehow be more secure...?  Either way, I have a lot of pressing ahead of me, LOL.

Camden has worn the dress a few times, and sadly, the FIRST time she wore it, we were at the High Desert Museum, where they are cool enough to have a CONCRETE slide of sorts - which means the bottom two buttons are destroyed....oops. 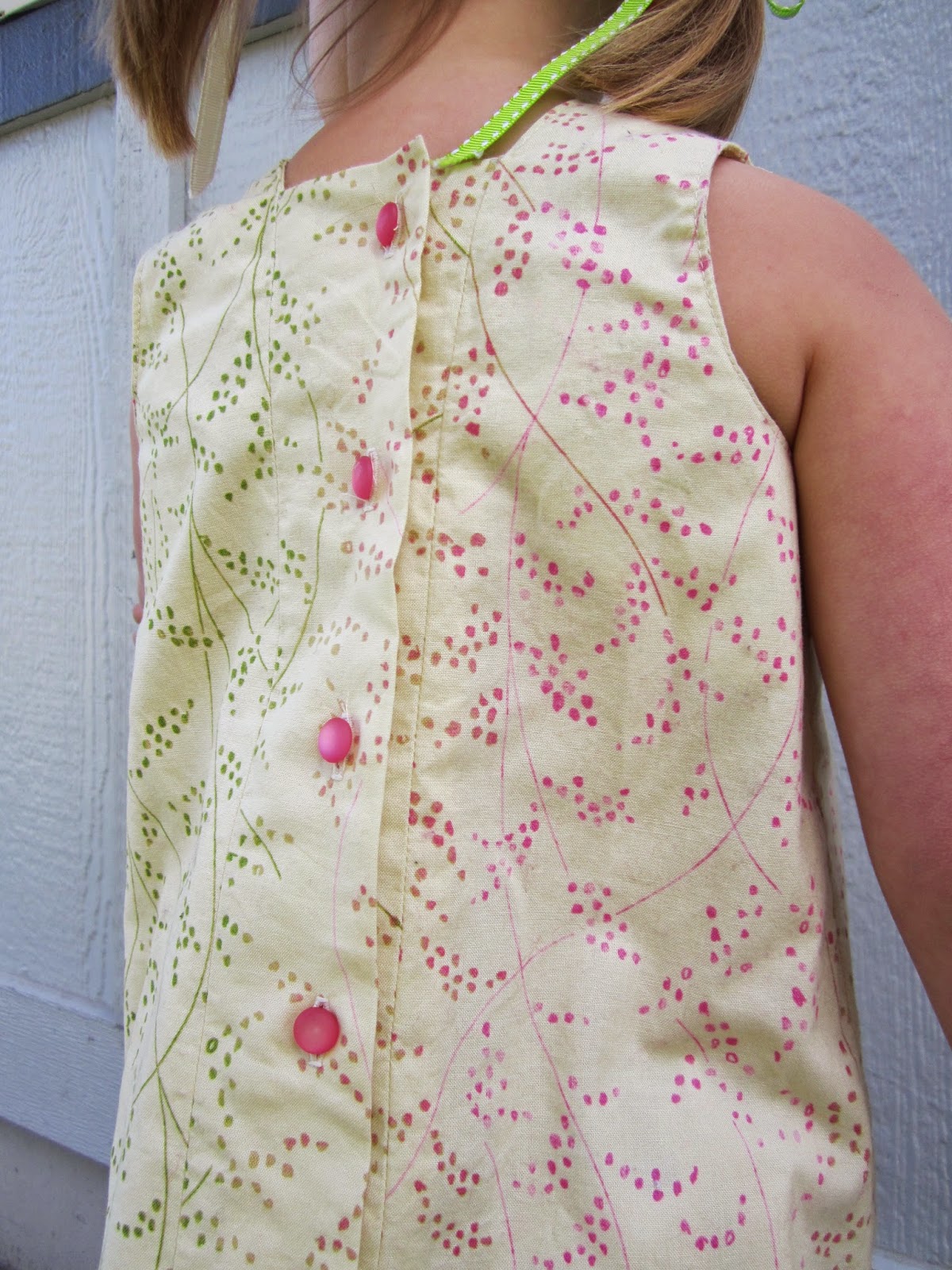 My pictures were taken, though, just the other day, in the wind.  I did try to combat the wind this time by putting her hair up, but that didn't work so well, and she wasn't in the mood for pictures - double whammy, LOL.  Besides that, I just can't seem to get a good angle on this particular dress.


These two were maybe after her birthday party on April 6? 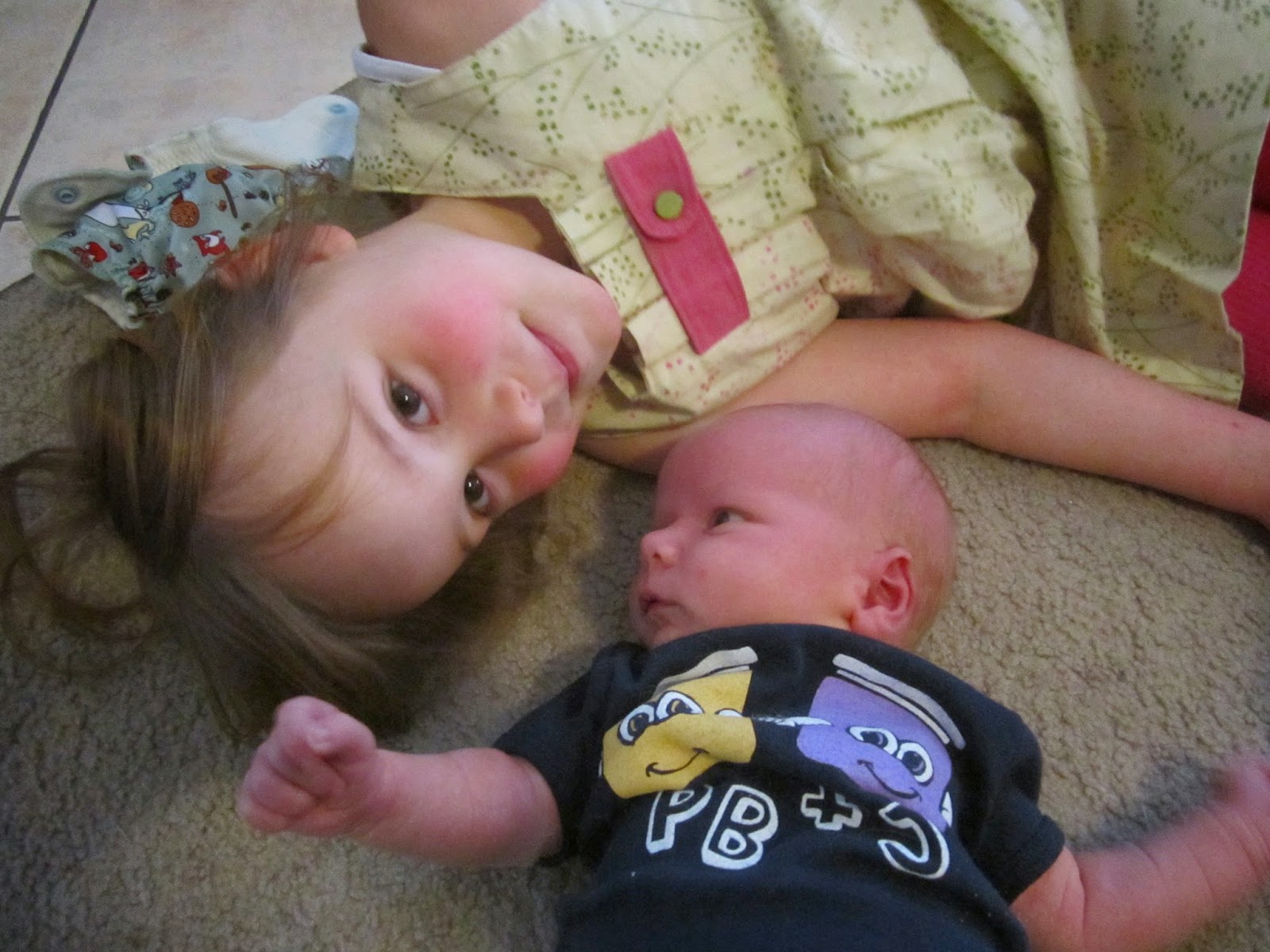 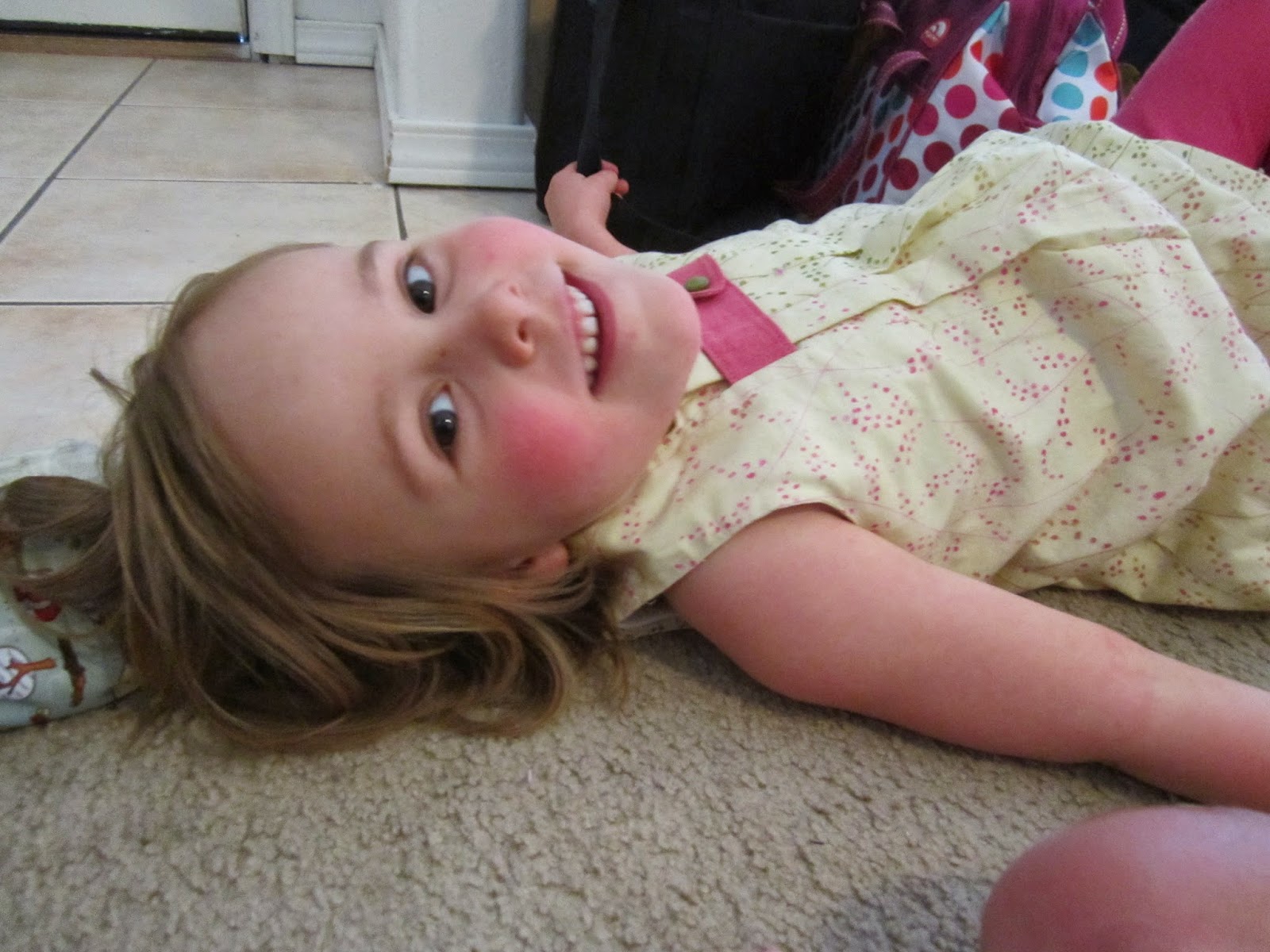 This last photo is a gratuitous baby shot!  He's getting big, as they often do!
Posted by cottington at 7:16 AM