The first fully-completed project from this past weekend was the Oliver and S Bubble Dress, which Camden already loves.  Naturally, because of this love, it was windy AGAIN and cold this morning...a wee dusting of snow had accumulated overnight, so, I nixed wearing the bubble dress to gymnastics ;)

But I digress....as always.  I managed to whip this dress up pretty quickly, as I've sewn it a few times before, and there aren't that many pattern pieces. 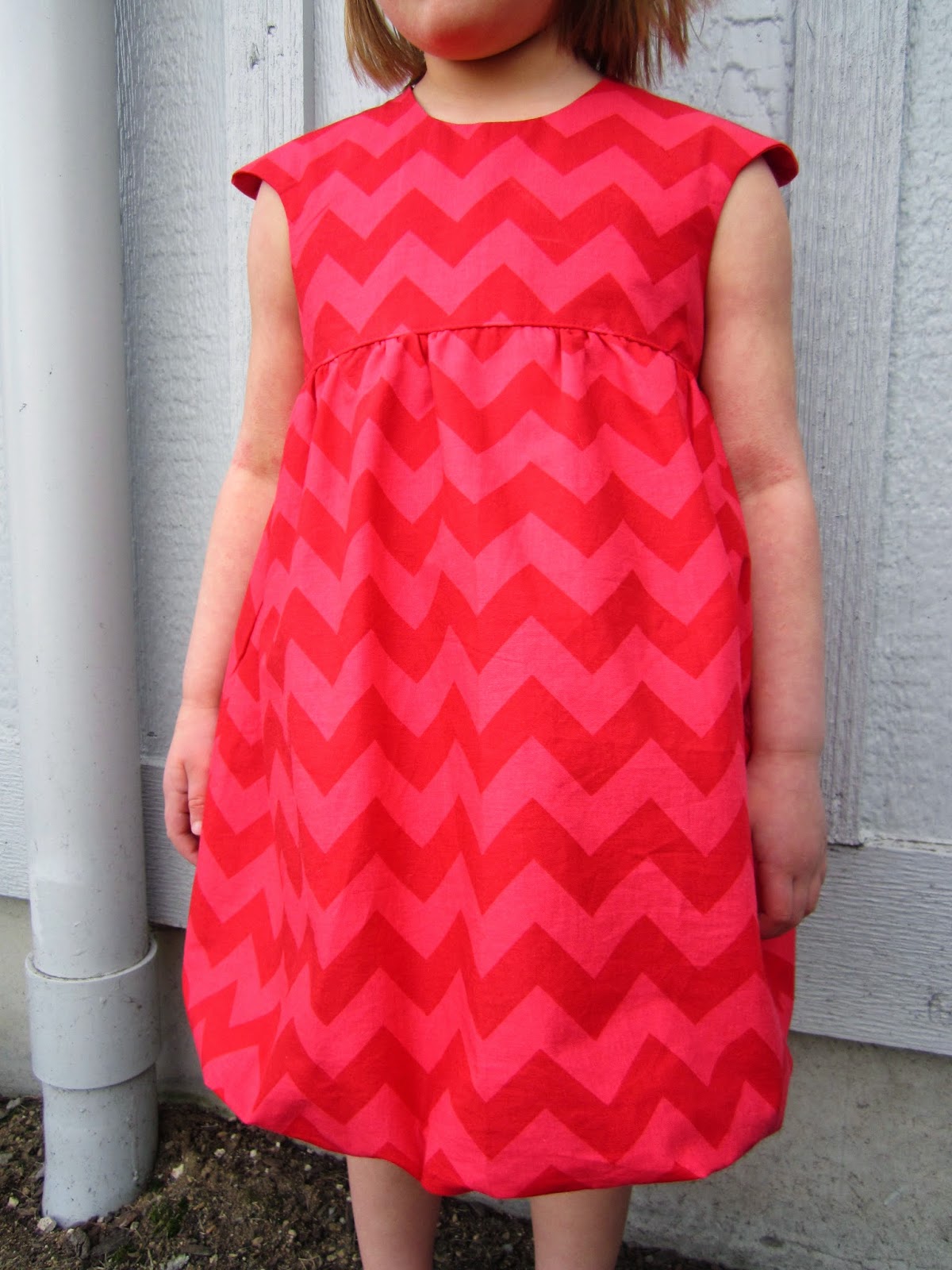 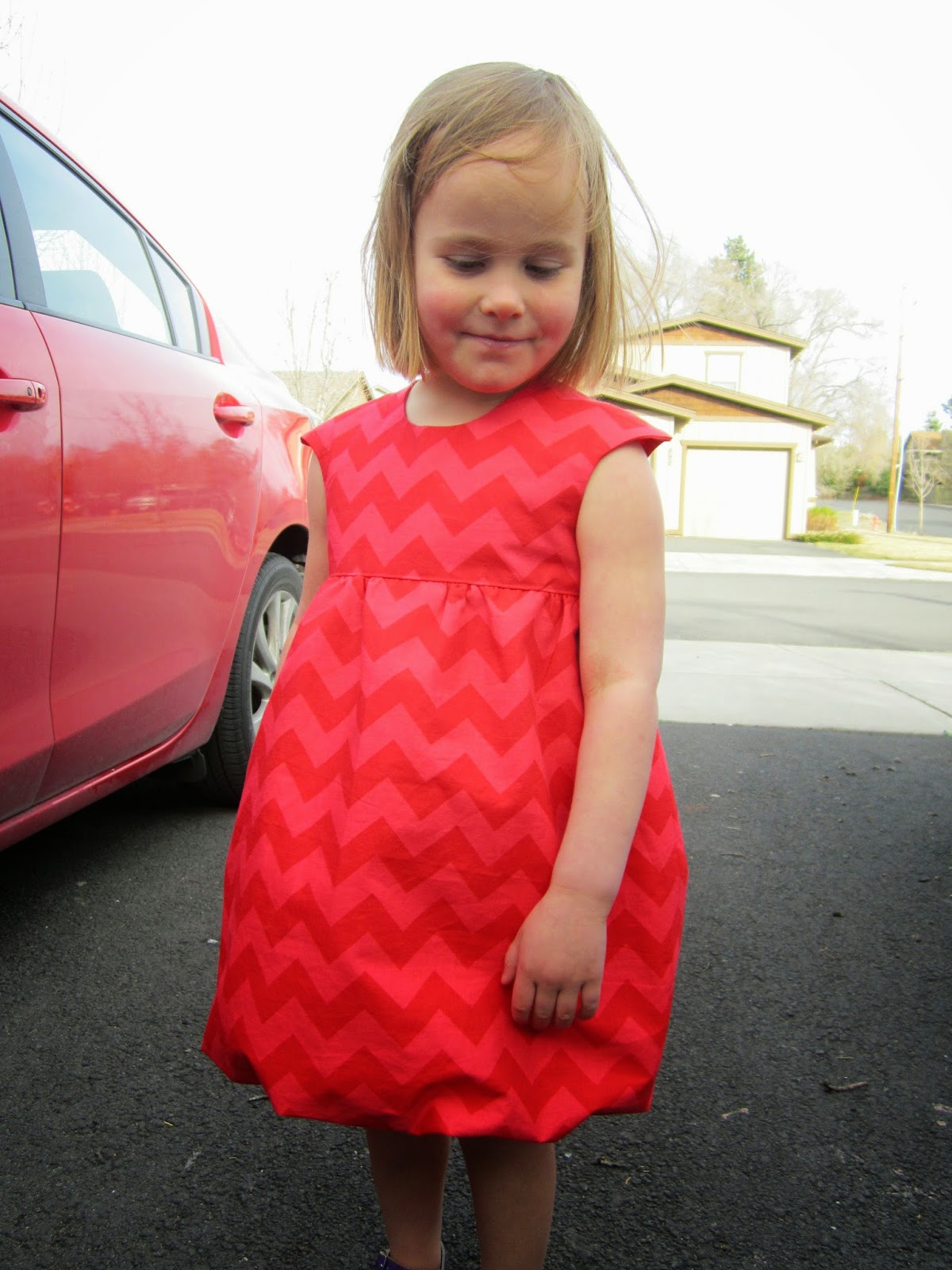 I HAD taken the time to try and ensure the sections matched up across the bottom back and the side seams, but I did NOT think to do that with the two back pieces, which you'll notice in photos below.  Also, I had the choice, thankfully within my own stash, of going with red or blue buttons, and I chose blue for the pop, but I still don't know if that's what I should have done.  Ah, well - a spark of color never hurt anyone. 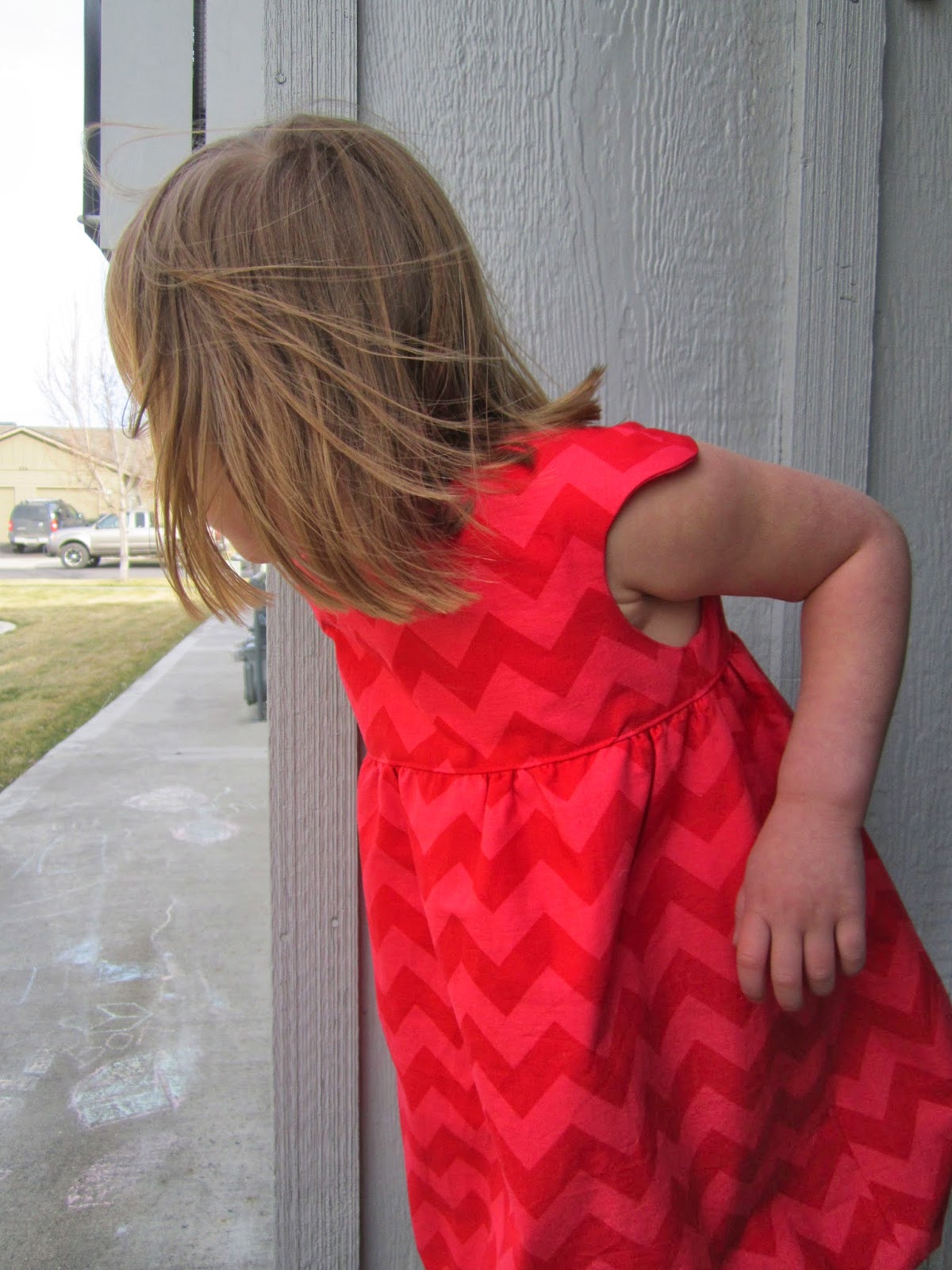 Old incarnations of the dress....so long ago, it seems:


This pattern always fits well - though I should have thought of lengthening it, as with many Oliver and S dresses, she outgrows the length first, which seems normal, of course.  My one issue - and I always assume it's only ME that it affects, aha! - is that I never truly have understood how to neatly finish up the button placket, where it folds under and then meets with the skirt portion.  From the outside, it looks okay, but it's NOT pretty inside. 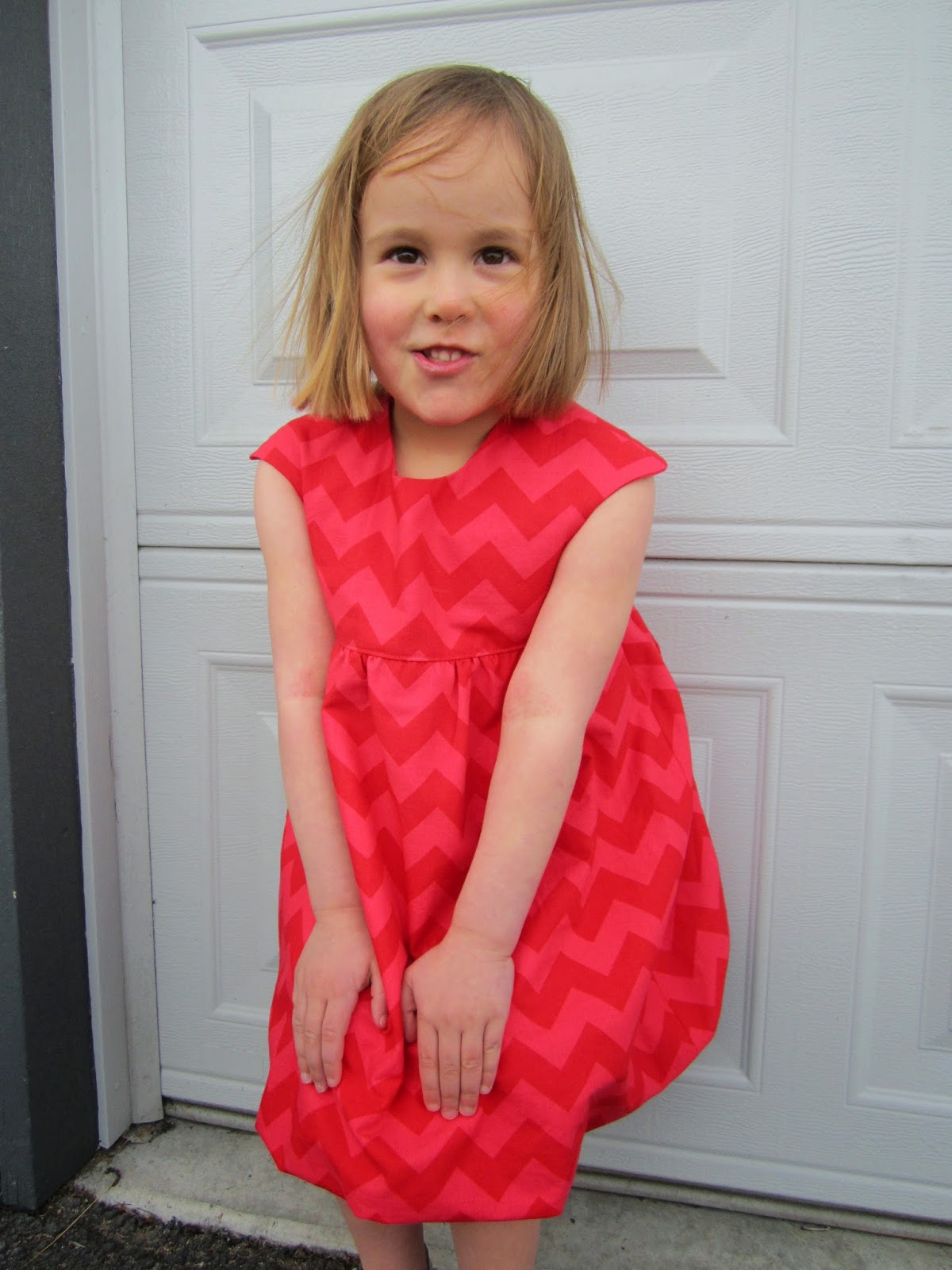 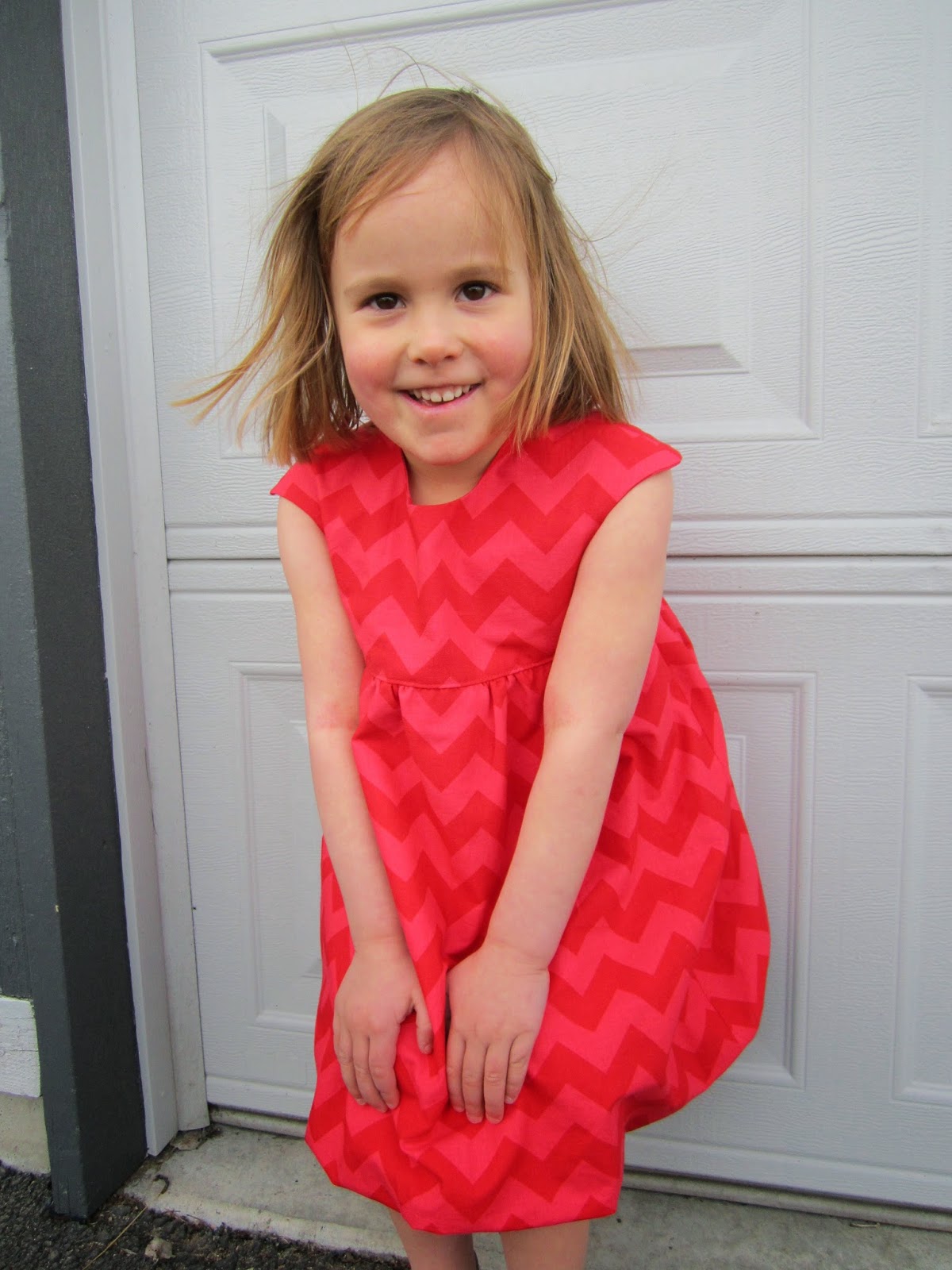 She was pretty chilly for these photos, as with the Modern Pixie photos.  The wind almost took the poor child away, aha!  I debated re-doing the photo shoot, but it it was just as windy today, and ain't nobody got time to wait around for a second chance at pictures when there is a baby on the way.  So, these'll suffice. 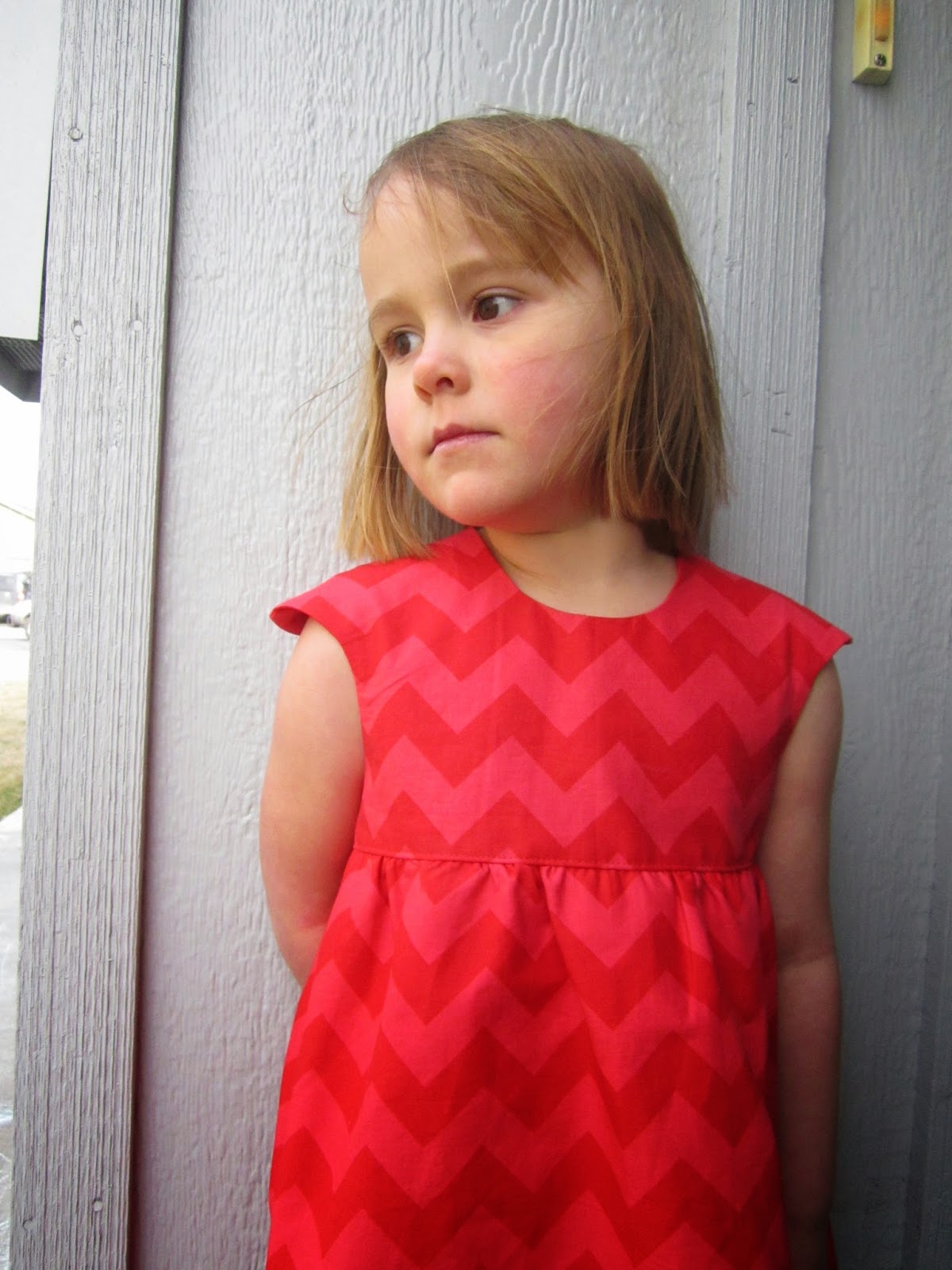 So, short post for a little red dress!  Next up, hopefully this week:  The Tea Party Sundress and the Elena Nodel Deva sweater....and quite possibly the Sailboat skirt and top!
Posted by cottington at 5:24 AM