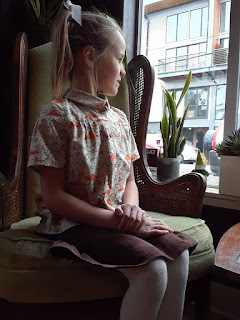 Here's the deal!  Poor Camden needs to represent this week!  I may have said so in my last post, but Camden attends a sewing class at Modern Domestic, and it's her FIRST sewing camp, for which we are BOTH excited!  But I was aghast to realize it was coming up so quickly, and not only did she not have a fun Easter outfit, but she didn't have any new handmade clothing for her sewing camp. 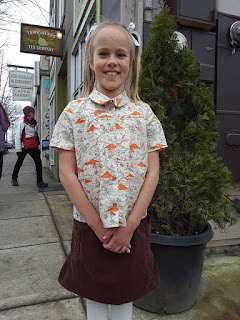 First-world trials and tribulations, y'all.

It's rather easy to pull together the Music Class set by Oliver and S, as it calls for low yardage.  I have only ever once made the blouse with long sleeves, and I wanted to say I've made this a few times before, but I can find NO photo evidence of this fact :O  Well...other than the version I made back in 2013.  But I'm going crazy, because I know it exists.  Anyway, I used the Tokyo Train Ride fabric by Cotton and Steel.  I can't recall what I originally bought it for, but it works here, and this seller still has some in stock.  You NEED this print.  Orange does it for me, though, aha!  Samesies with the skirt, as it calls for low yardage, and I'm so crazy with my cutting techniques - which often leaves me with fabric leftovers, and I'm all, "What do I DO with this???"  LOL.  So...good and bad having leftovers. 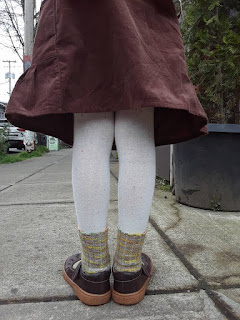 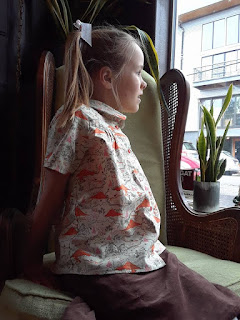 The pattern itself, as usual, is quick and easy enough to put together.  If you plow through those pintucks and pleats, everything else is a breeze.  This was actually the very last outfit I made before shutting down sewing room operations.  I hope that this time, there isn't such a long stretch between sewing sessions.  When we moved in the summer of 2016, I packed things up in probably May, and then I wasn't able to sew again until November, essentially.  I mean, I guess I could have set up shop at the kitchen table or something, but that is a whole slew of other issues. 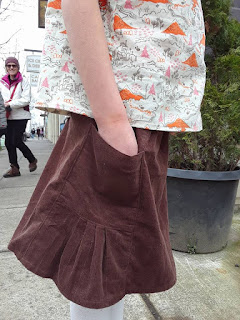 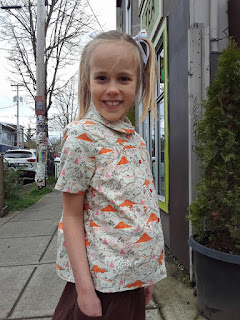 I know everyone and his/her mother has made this outfit, as it's an oldy, but if you have NOT, you need to!  I have nothing new and special to say about it, other than my usual:  ALWAYS lengthen Oliver and S patterns for longer wear.  I made the size 10 this time (though an 8 would have been fine), and I lengthened even that, so, since Camden just turned 8 a few days ago, I'm hoping we'll get use out of it until she's partway through her 9th year.  We shall see! 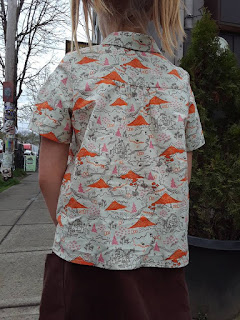 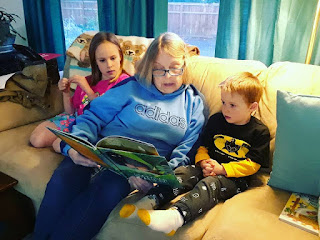 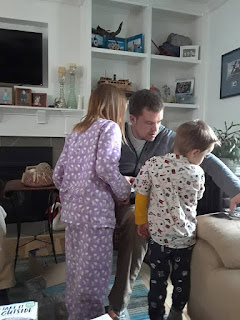 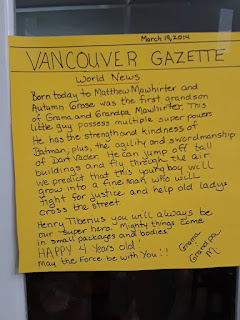 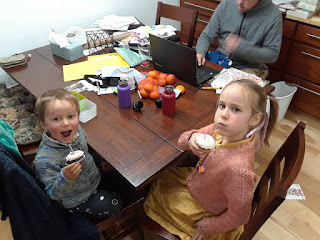 Posted by cottington at 7:33 AM