Make MINE an Orange Strawberry, Please! A Sweater

For some reason, I feel this is Camden's most prim and proper sweater, yet!  Meet Make Mine Strawberry, designed by Terri Kruse of Ninja8tofu Designs on Ravelry (group link).
I love that this has a bit of a classic little-girl cardigan look. Long sleeves, simple, long ribbing, several small, simple buttons.  Minus the fact that it doesn't remind ANYone of a strawberry, LOL, it's pretty cool. 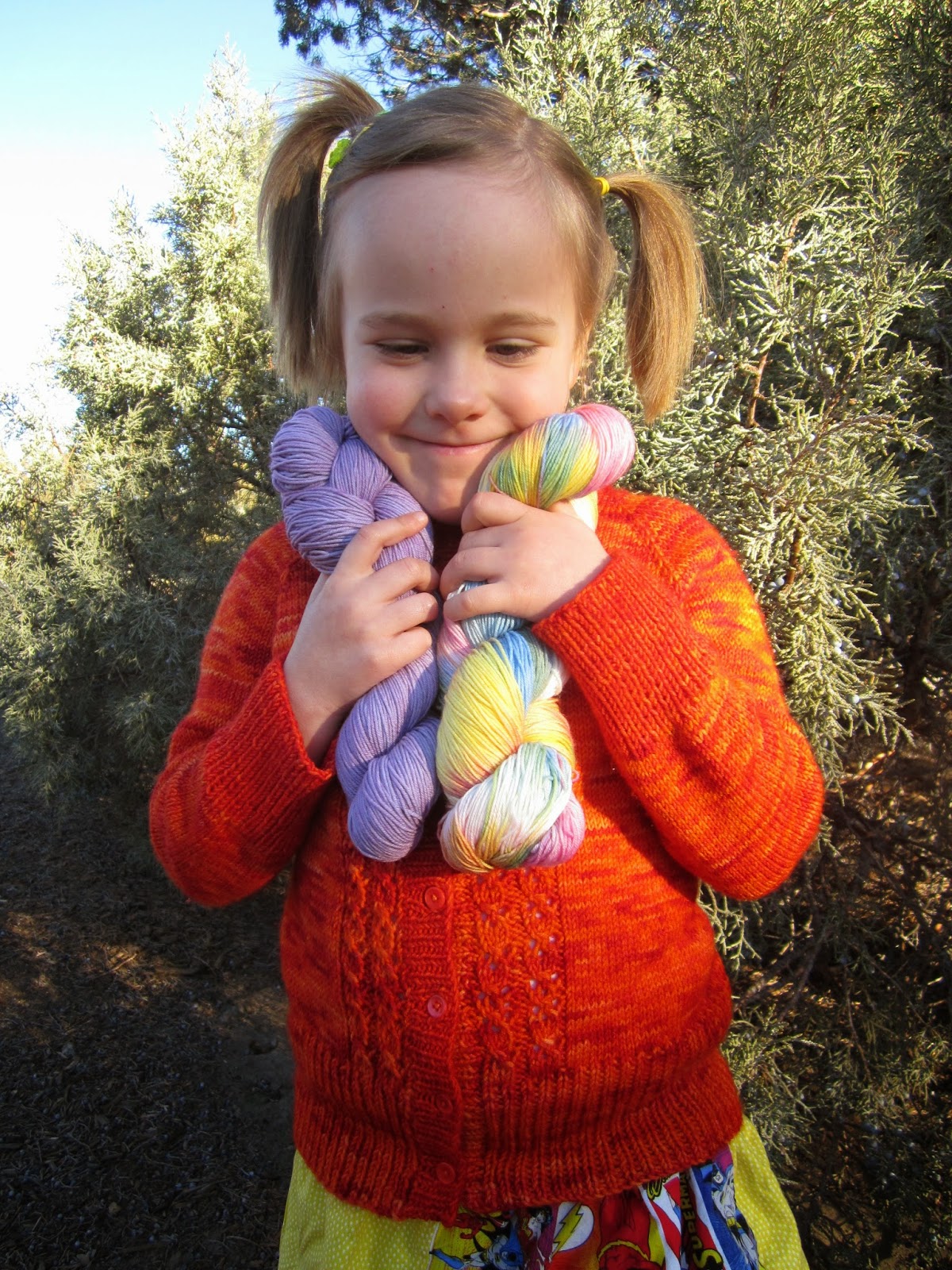 (P.S.....You are forewarned that these photos are all incredibly awesome :O )

But....check THIS out!  I get MAJOR props, if I do say so myself, because I did something I NEVER do!  I upcycled buttons ;)  I had an Anthropologie shirt from a few years ago, but not too long after owning it, Camden accidentally ripped the front pocket - in a way that wouldn't have been easily mended...and said shirt had 9 buttons on it.  ORANGE!  Yay.  I took those suckers off like the thrifty person I am (at least in that moment!).  The yarn IS sport weight, but even at that, the buttons are honestly a bit too small for the button holes.  Fingering weight would worked a bit better for buttons this size, as they do tend to pop out.  Bah, humbug - I'll go with it :) 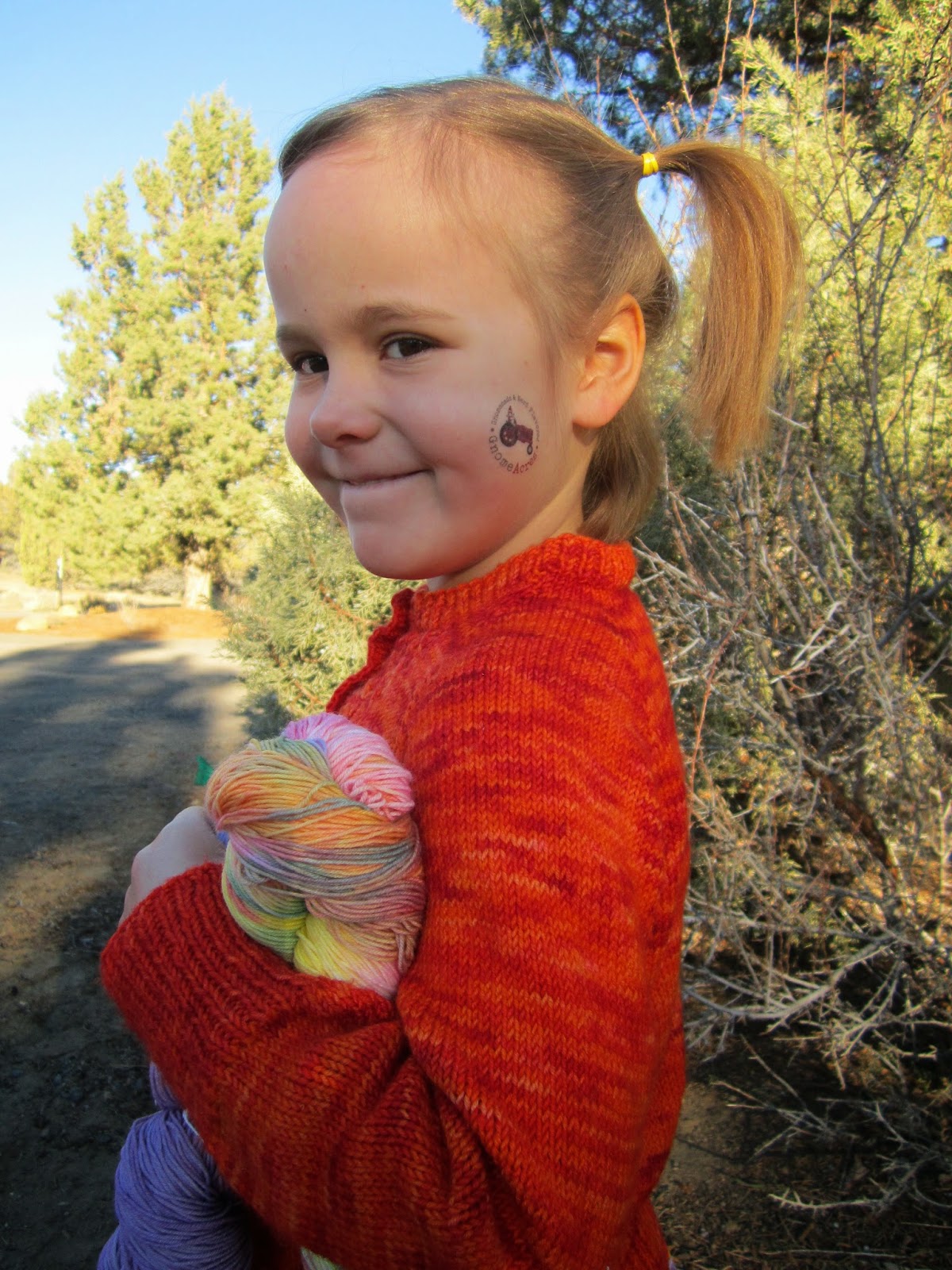 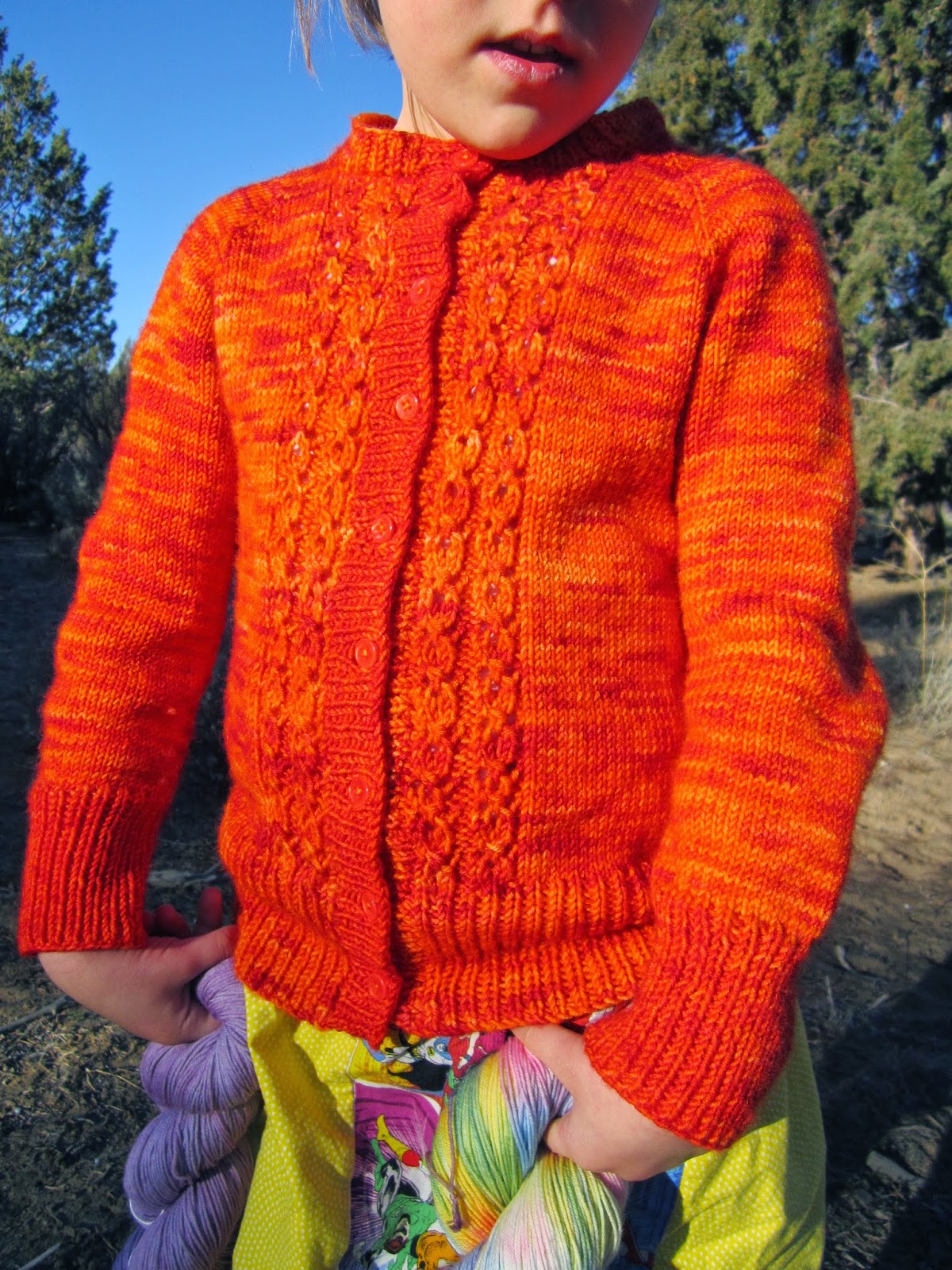 So!  The yarn!  I purchased this yarn over a year ago, I believe, specifically for this pattern.  I swear I bought it with the size 4 in mind, but I sadly didn't have enough yarn.  I knew this before I even started the button bands, and I checke around on Ravelry for Colour Adventures Dia Sport in Tiger Lily, but apparently, nobody has ever purchased it, aha!  Or many people are like ME and do not enter stash yarn.  Anyway, I messaged Elena, who is AWESOME, and asked about getting another skein, which she was able to do.  So, with that purchase out of the way, I had to work on other things to wait for its arrival, which is the only reason this project took so long (quite okay, as I was able to work on my Homegrown!)

Therein lies the issue, though... :(  I had to add a skein of yarn dyed at a completely different time, and for some reason, I pulled an amateur move and didn't even CONSIDER it.  NOT a big deal, if I'd had three skeins, not all alike, and was able to knit them all at once, alternating and so on.  But I was starting to knit with a skein onto something already existing, obviously.  I did the buttonband and didn't notice it (though I do NOW), then I cast on for the sleeve and happily knit on the the drive to Vancouver a couple weeks  ago.....Only to see, in the bright, bright sun, that it was AWFUL.  Matt and my friend, Elissa, over at Sew Geeky Sachets, tried to convince me otherwise, but YIKES.  Anyway, long story short - I used my brain and realized/HOPED that I had enough left-overs of the original yarn at home and could alternate just the sleeves...which I did.  Whew.  So....freak-out amounted to nothing in the end.  I had even messaged Elena, like a fool - AND looked again on Ravelry, hoping someone had logged a skein of Tiger Lily all of a sudden, LOL.  All for naught.  I'm so dramatic. 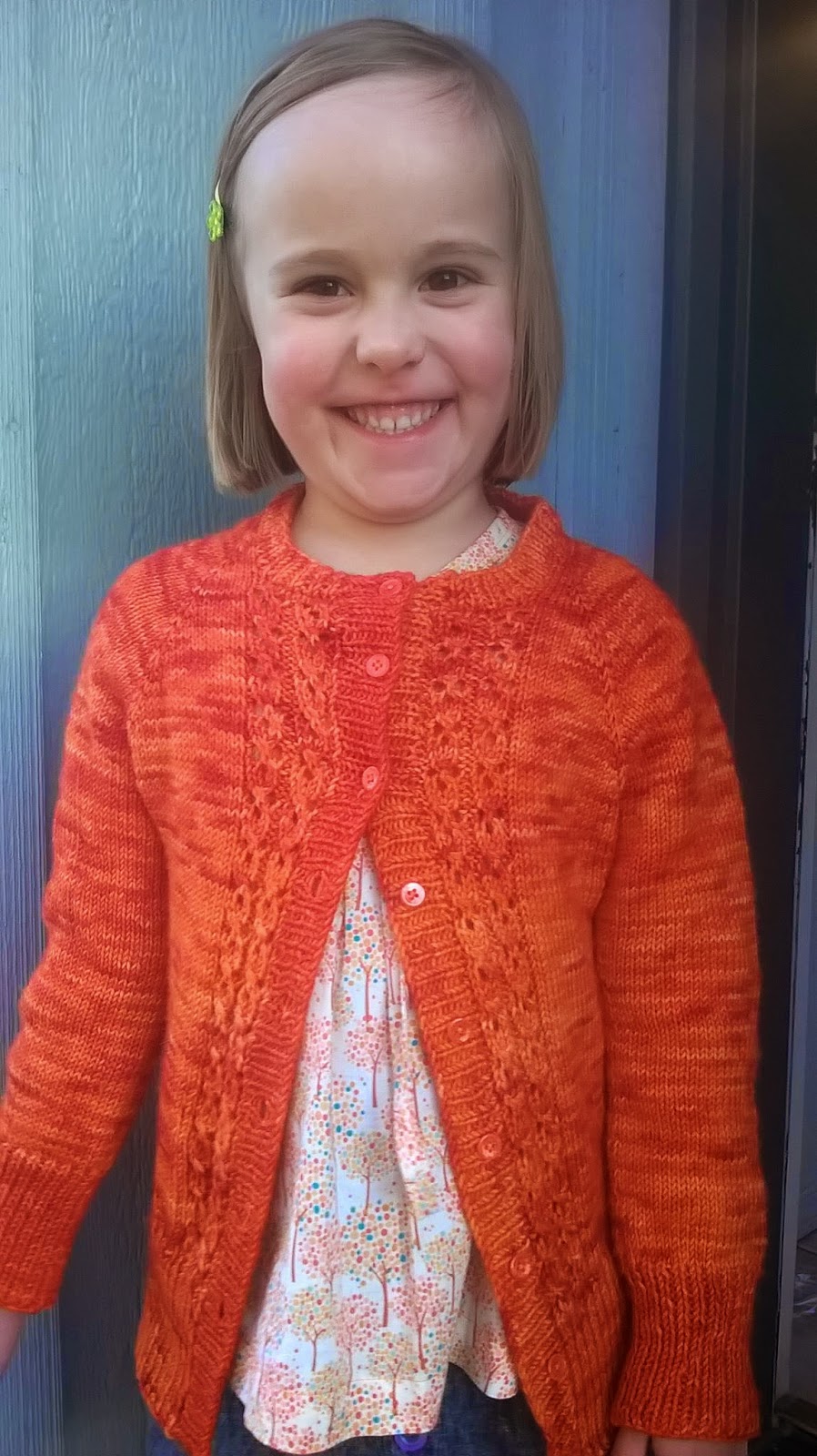 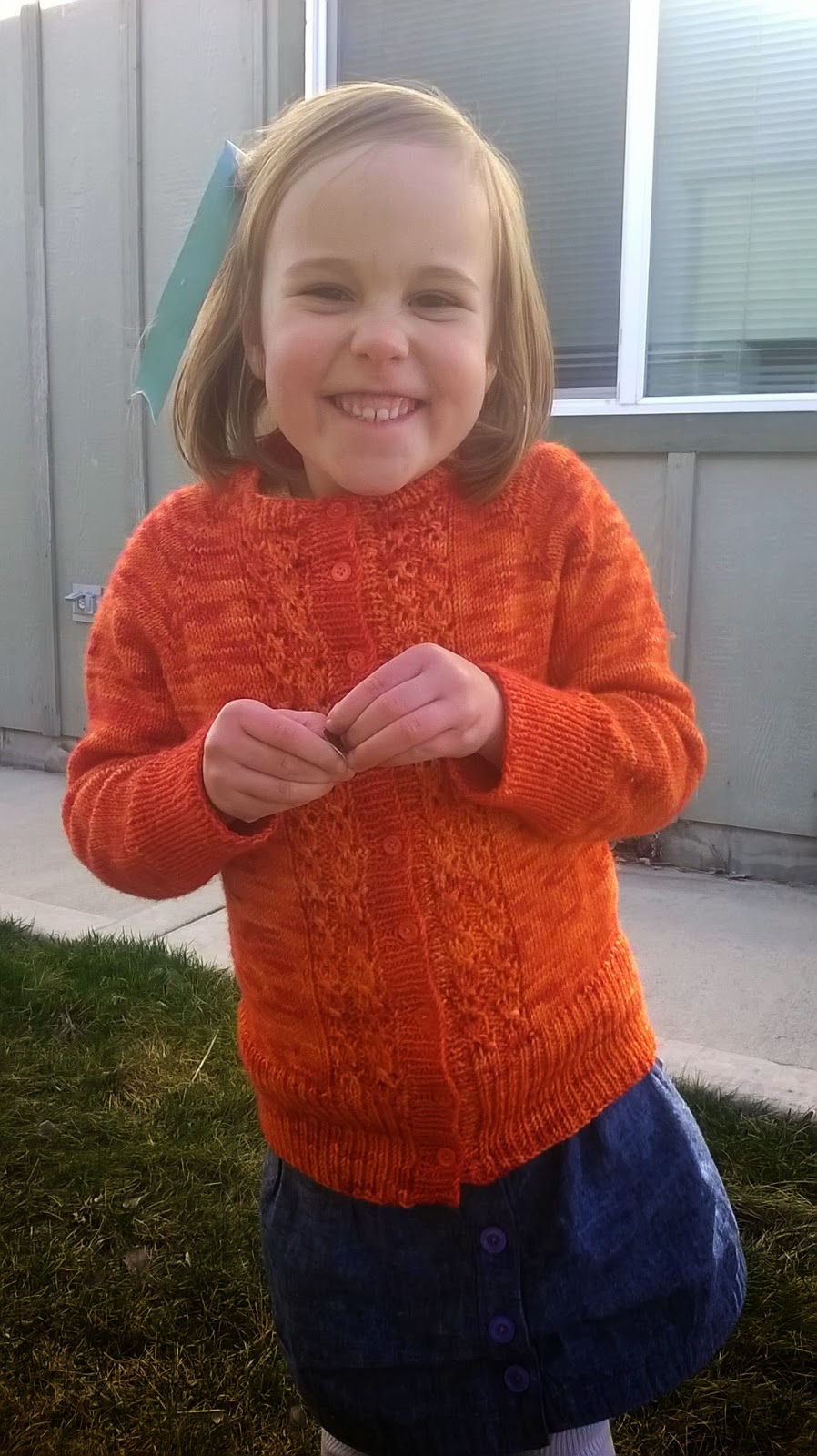 Anyway, the pattern is super well-written and lovely, and I'd had one question when I was on the road withOUT the pattern, and Terri got back to me right away.  Naturally, Elena's yarn, as always, is lovely, and I didn't realize at first that I was AGAIN knitting with orange, but in person, Tiger Lily is obviously tonal, as compared to the Madelinetosh I used for Camden's Owlet....but I DO need a break from orange, aha!

Lastly, speaking of Sew Geeky Sachets, you NEED to go grab you a Dream Pillow!  Camden has one, and NO JOKE, she is dreaming and remembering her dreams really well - better than she ever was.  Effing magic, I tell you, LOL.  Here's an example of one: 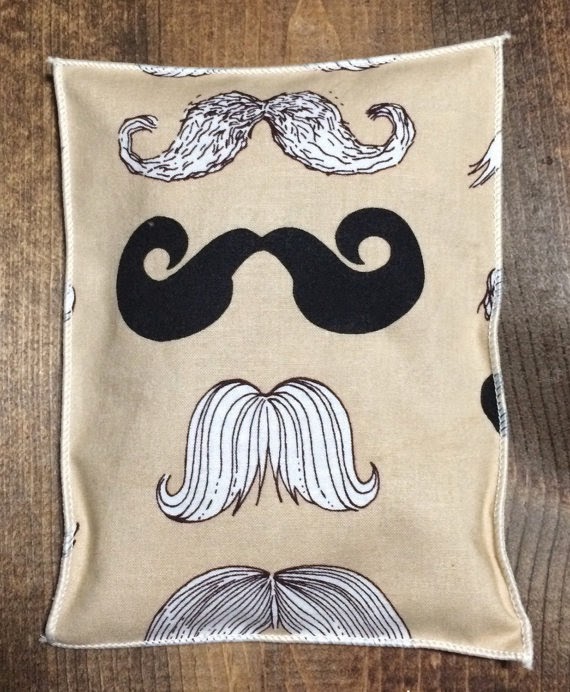 Posted by cottington at 8:22 PM