So Fancy! The Bloomsbury Sweater

Say helllloooo to the Bloomsbury sweater by Svetlana Volkova! 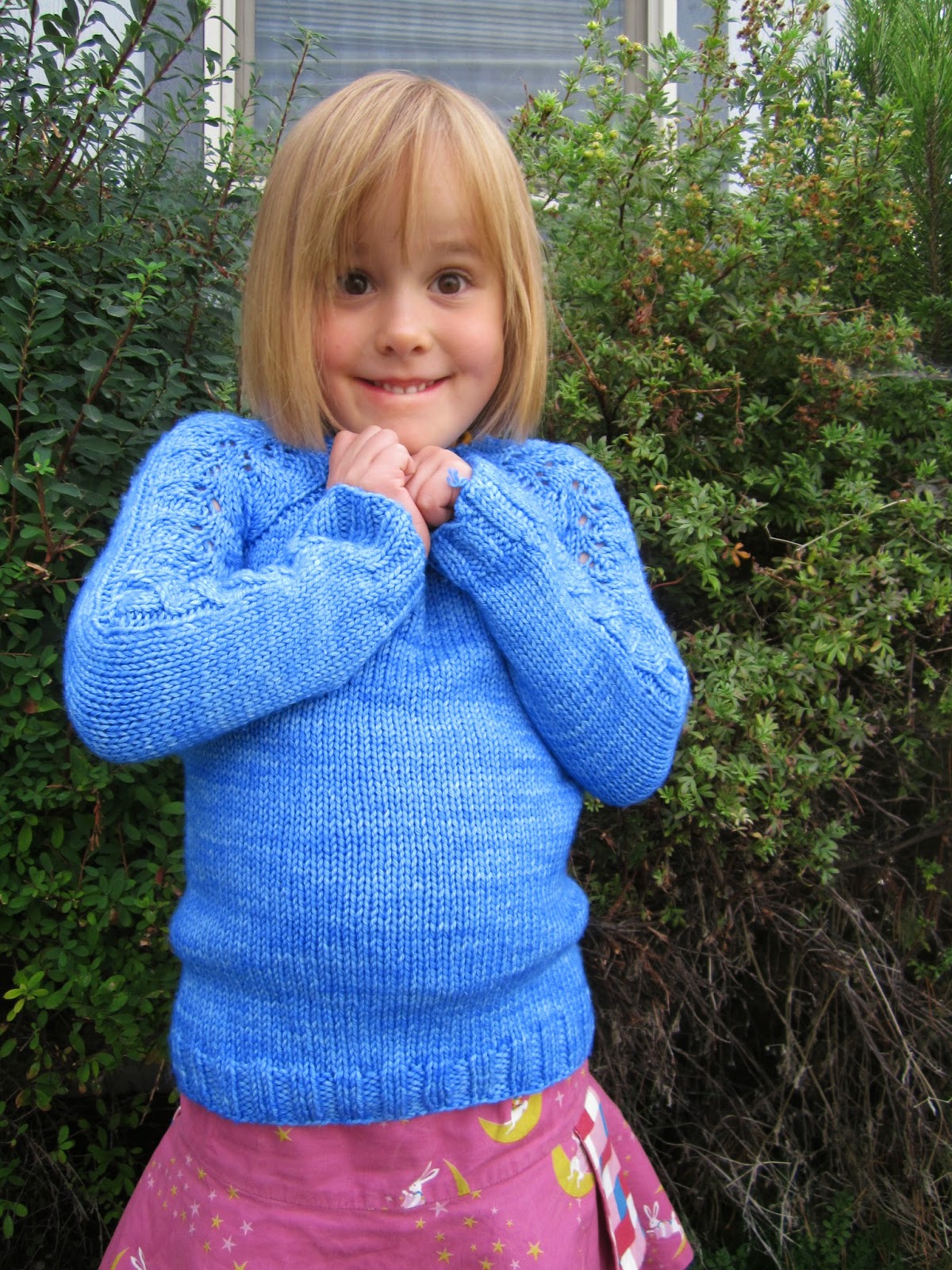 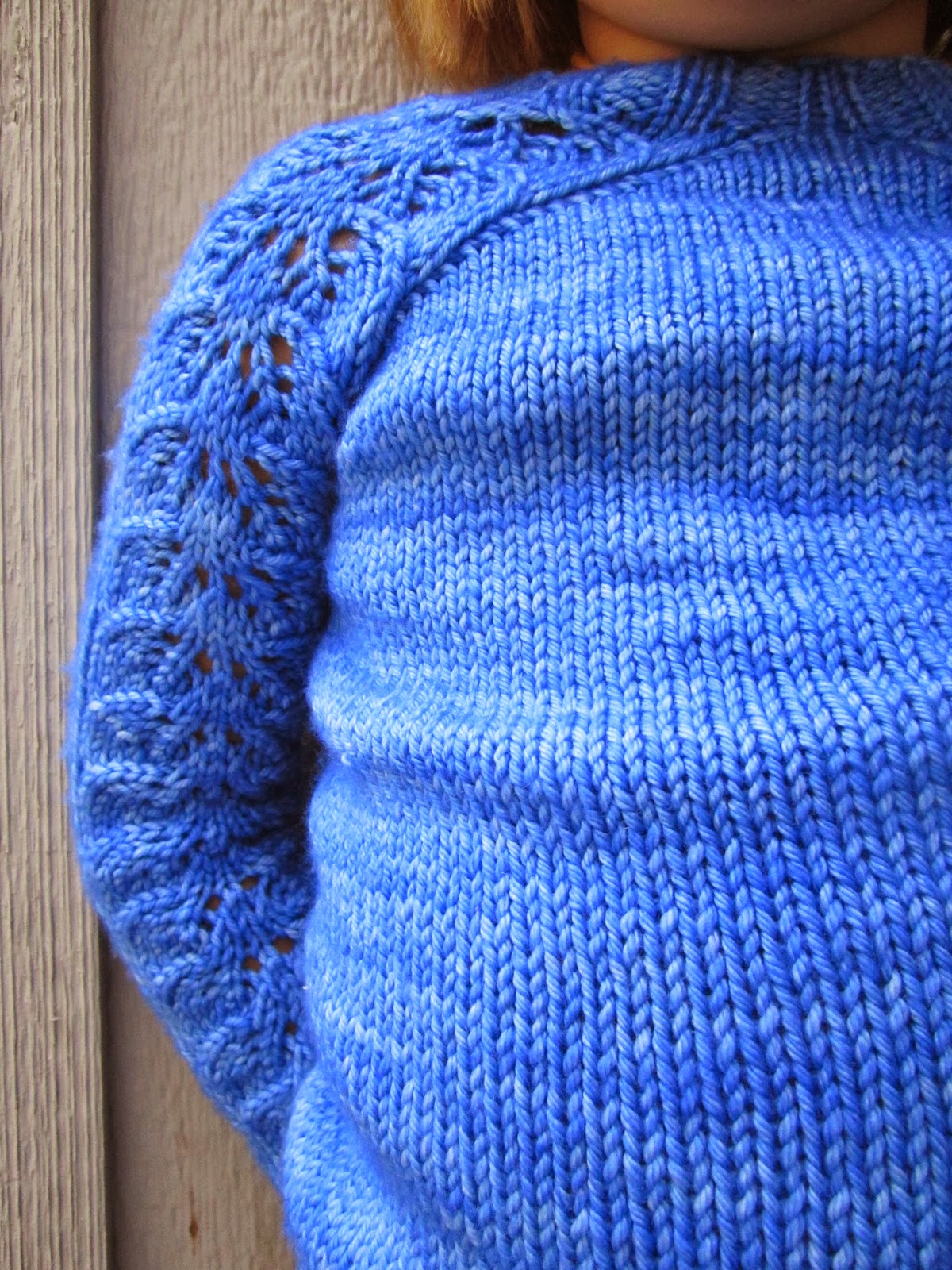 Honestly, peeps!  What an PRETTY sweater for such an EASY pattern!  I vote y'all should go out and knit one up now ;)  I did, however, put my right hand through some rough times, as I was trying to rush finish this sweater, what with all the knitting I have on the docket.  I really should take another knitting break, but I want to finish my Whispering Pines...and then the Cabernet cowl and hat set I have planned for Camden...and an Anders for Tiberius.  The list, as usual, goes on. 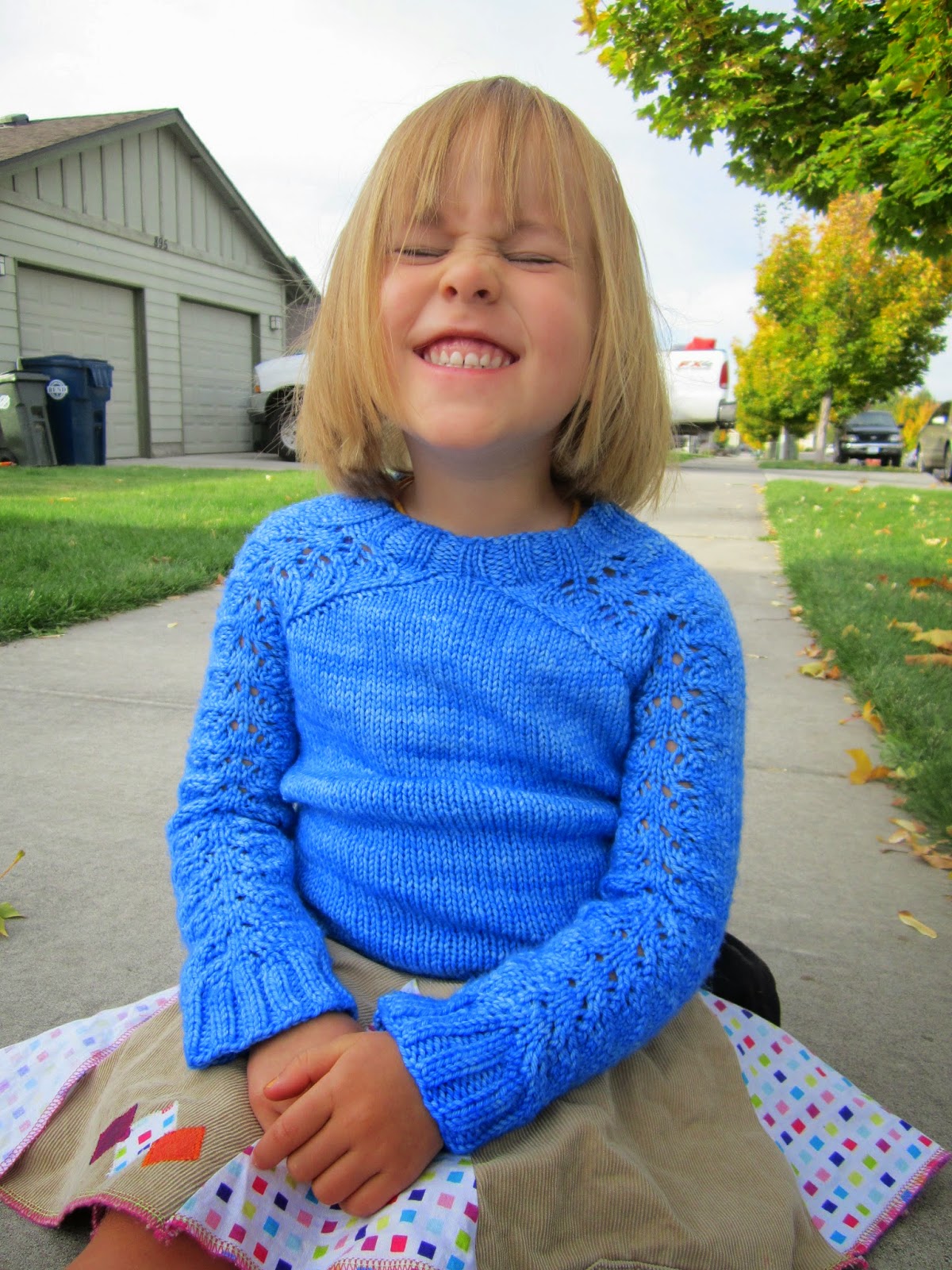 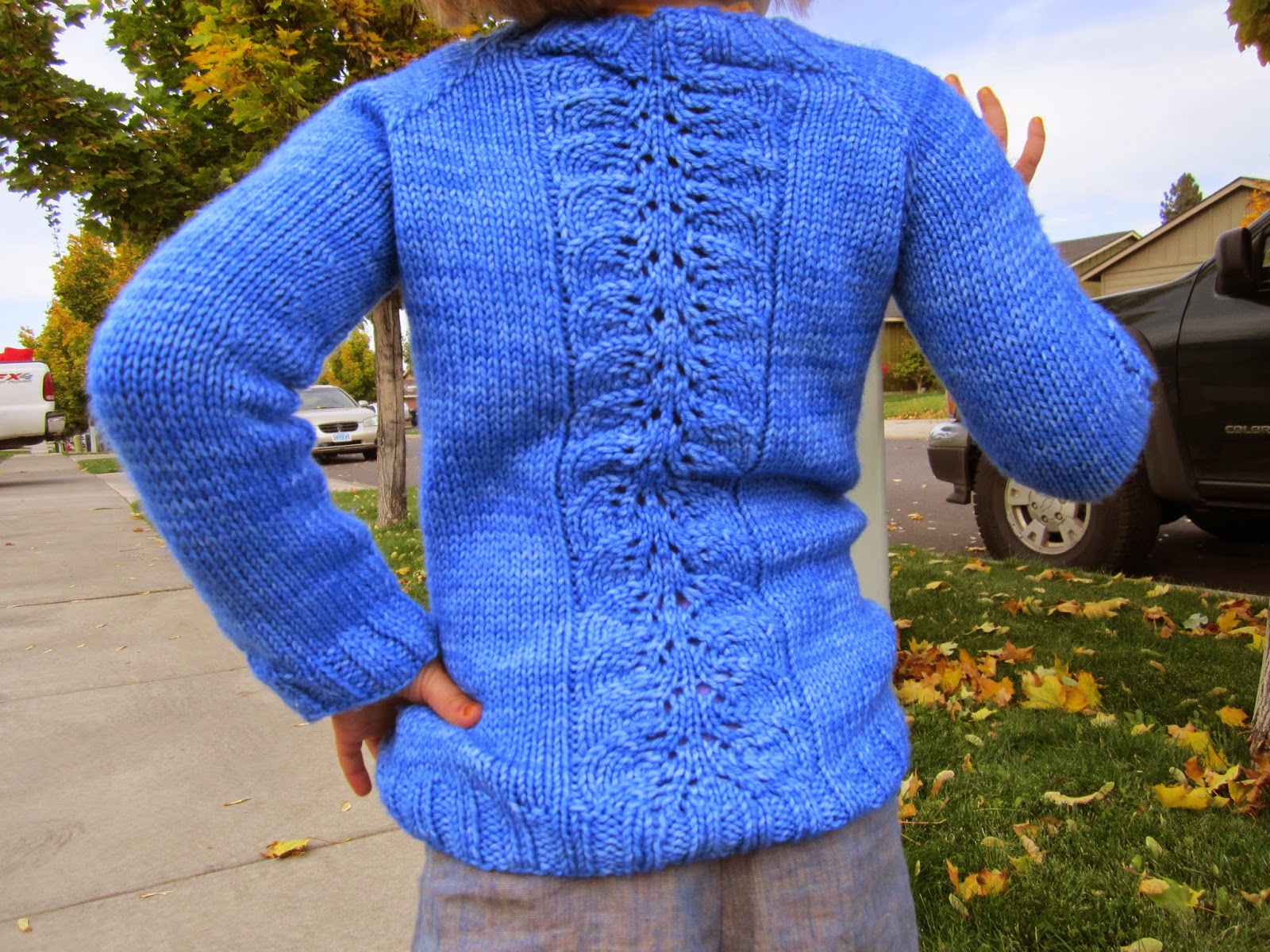 I had purchased this blue yarn LAST year in order to match these pants.  (Don't ask me while I failed to get photos THIS time with those very same pants, aha!)  It is the insanely gorgeous Colour Adventures Dia Worsted in the Glacier colorway.  In the size 6, I used just BARELY over two skeins.  If I'd done short sleeves, I totally wouldn't have needed the third skein; as it is, I only cracked that sucker open when I was basically at the ribbing of the second sleeve, LOL.  And, as always, I likely lengthened the sweater.  I am in love with it.  If you can't tell, aha!  Naturally, also, I'm in love with Elena's colorways; Glacier is no exception.  I'd realized my yarn stash was lacking in blue, and I'm glad I went with this!

My ONE mistake is in NOT lengthening the shoulder/yoke/whatever it's called....as I'd sized up because of the yarn I used and the gauge I was at - so, I should have lengthened the top, as it cuts pretty closely into Camden's poor armpit.  Ugh - another 4 rows would have been nice. 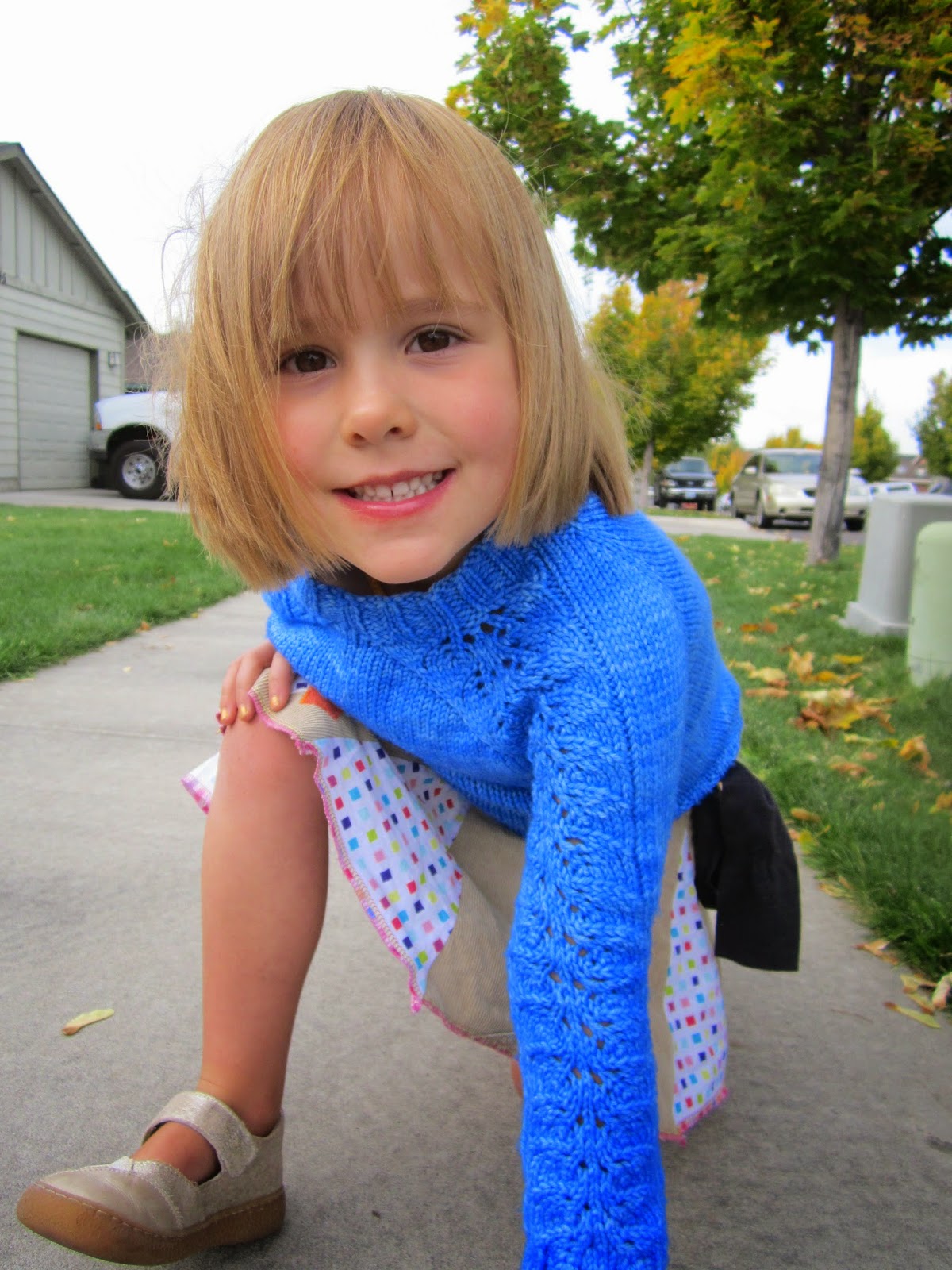 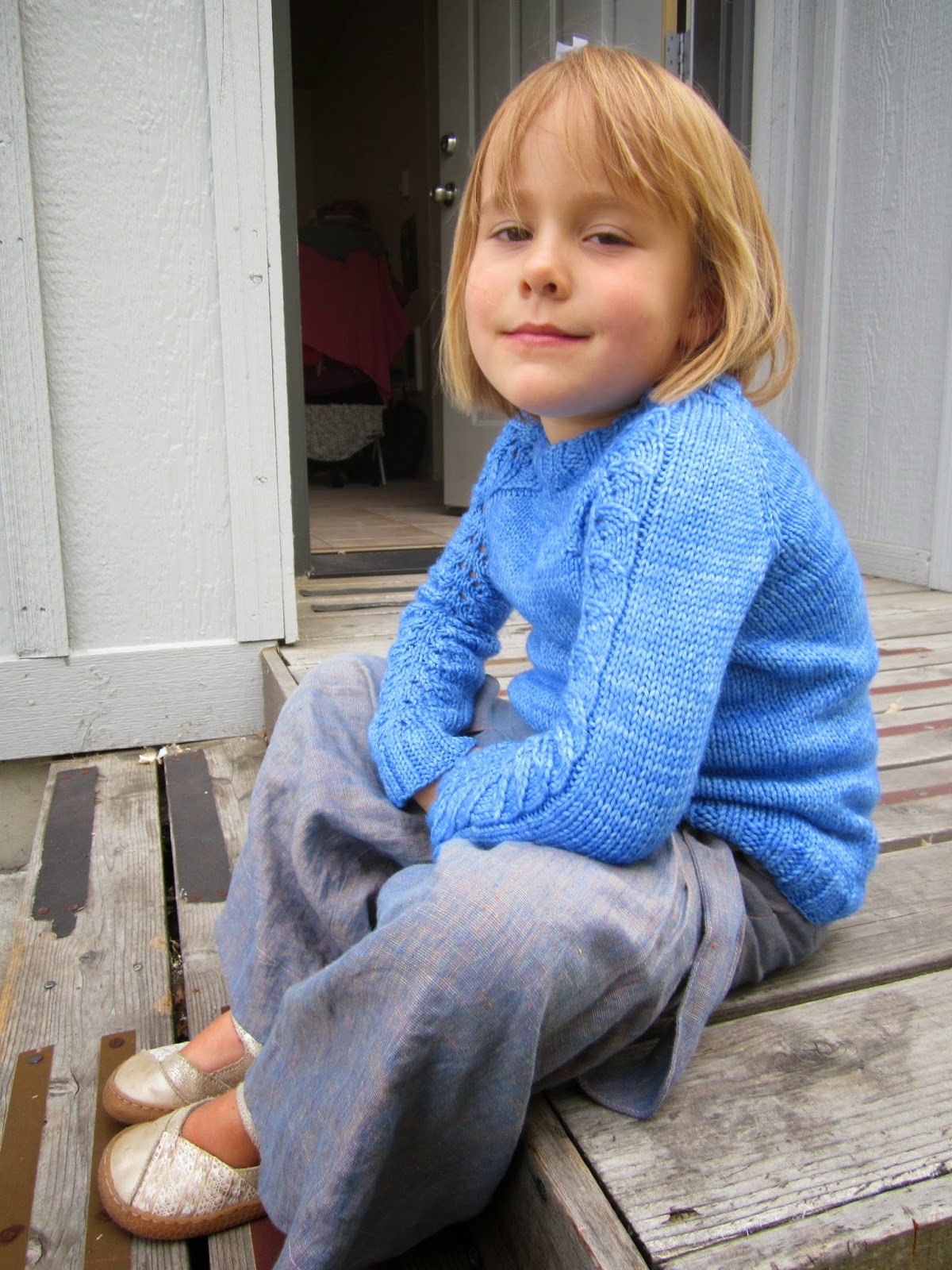 Well...and I lie.  I wish I'd used size 4 needles on the sleeve ribbing.  I did do that on the hem ribbing, for which I'm glad.  I had used size 6 needles for the main body and sleeves, and I always think it's a good idea to go down two sizes for ribbing. 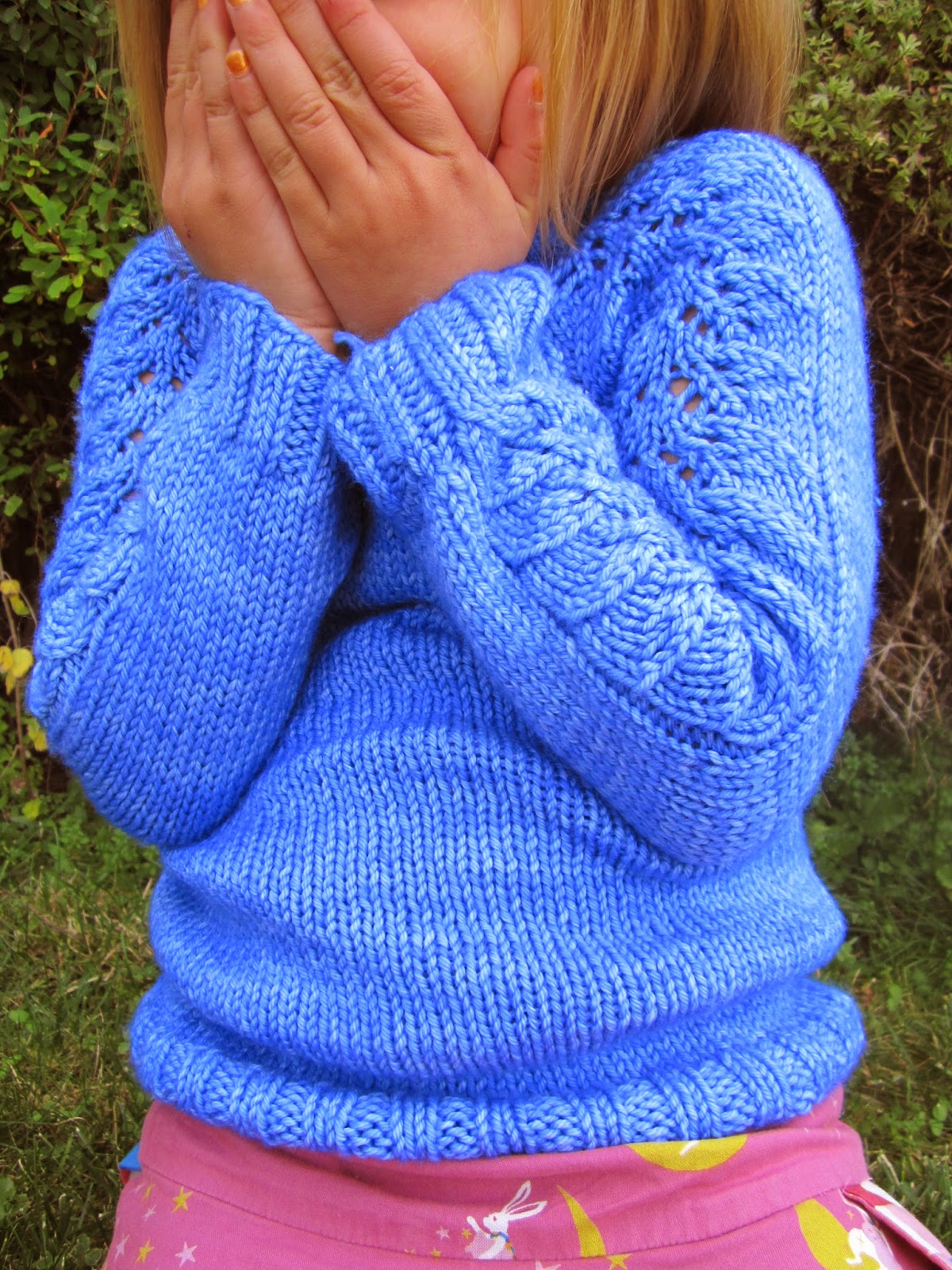 Anyway, I have decent lighting in the pictures, even if there aren't great shots, and I tried to pair the sweater with three different bottoms - it is quite versatile, which is awesome! 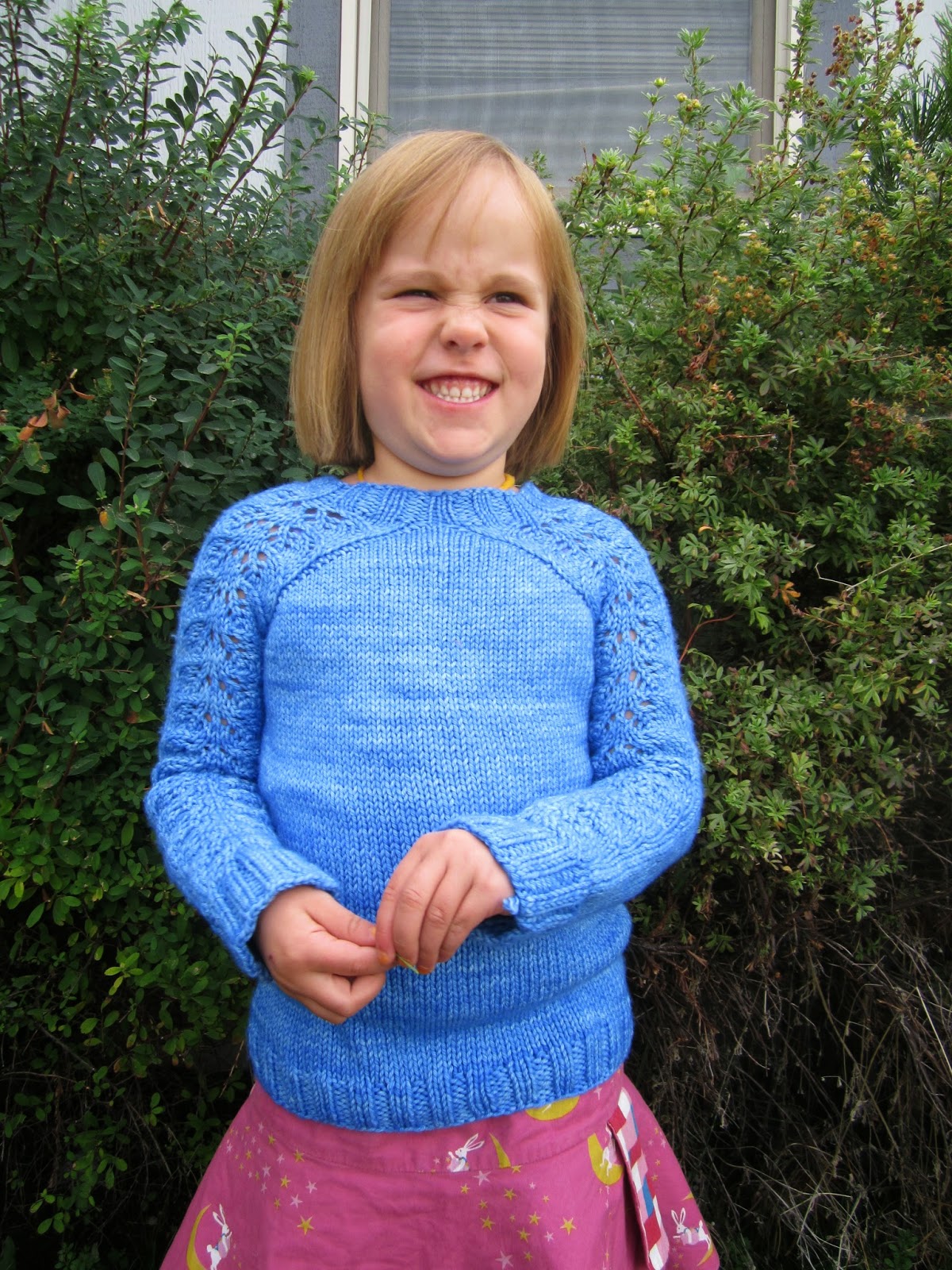 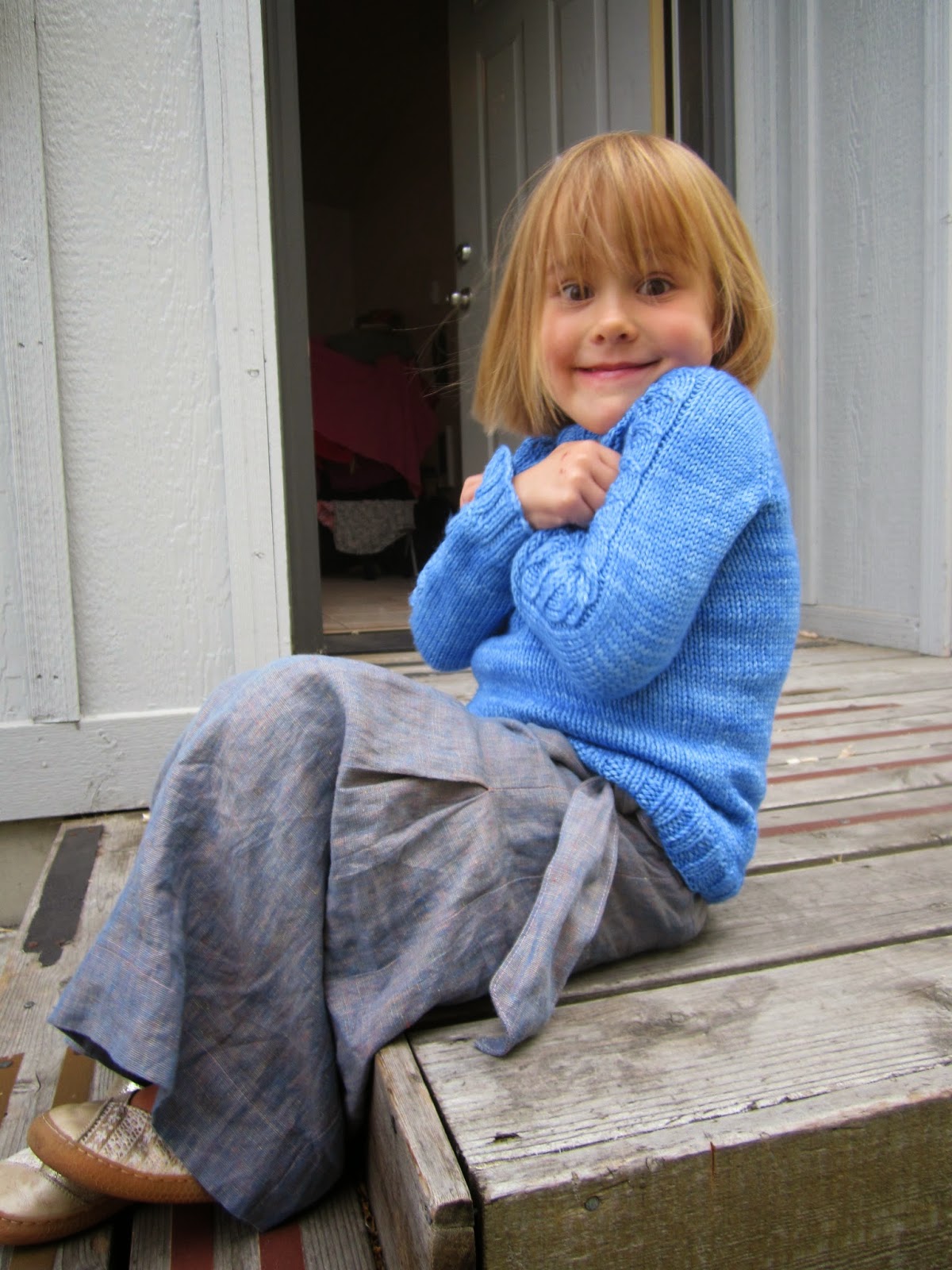 Lastly, these are two recent pictures of the little guy!
Posted by cottington at 6:50 PM