Looking Ahead to a Petite Polished 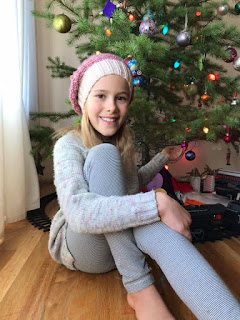 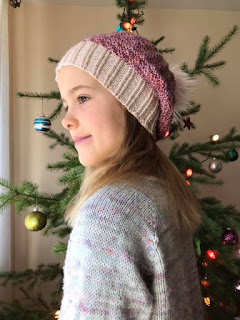 Y'all are in store for a cozy twosome in this post!  Camden gets to show off a new hat AND a new sweater! 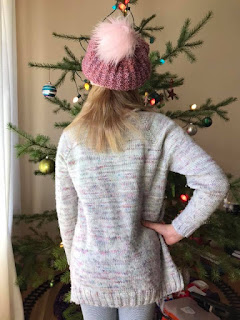 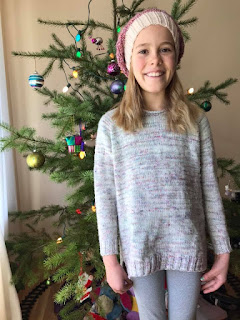 For such a lovely sweater, I took so long to write the blog post that the Petite Polished shows wear. I would say it honestly started pilling pretty soon after finishing it, too.  I wanted to hold out on allowing Camden to wear this design by Alicia Plummer, but since I finished it in October and she needed a pull-over, well, that was that.  Originally, I'd wanted to sew her new jeans first for a nice photo combo, but I have yet to get around to sewing those.  Maybe next week, aha. 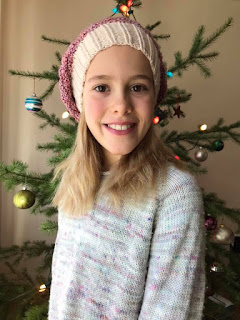 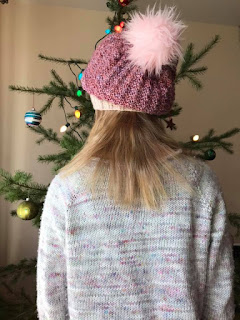 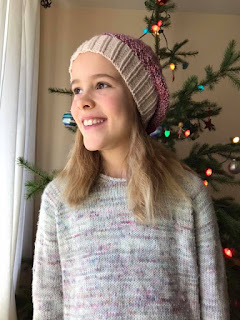 There was some silliness in knitting this pattern, though the pattern itself was lovely.  Because of my gauge, I added extra yoke rounds, but in doing THAT, I also added extra increases, which wasn't great for the sleeves, and when I started the first sleeve, I realized my mistake and had to rip back and decrease differently.  I wasn't sure that it'd work, considering I couldn't just get rid of the original sleeve stitch count, but it ended up being okay.    I alternated skeins, and while the gauge called for is looser than I like to knit a DK weight yarn, it does look nice.  In saying that, I wonder if it'd be AS pilled as it is if I knit at a tighter gauge.  I knit with Tanis Fiber Arts PureWash DK in the Luna Gray colorway.  I was glad for Camden to have a somewhat neutral-toned sweater, which it is, but she really still needs another pull-over - and a cardigan, while we're at it.  I had been desperate to try the PureWash base for some time (because of its more eco-friendly "super-washing" process, and it is nice to knit with, but I'm not sure I'll knit with it again, unless I do try some time, at a tighter gauge.  Overall, the sweater is quite lovely, and Camden loves to wear it! 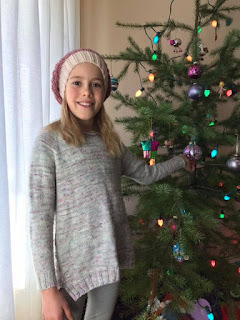 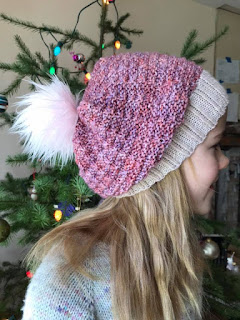 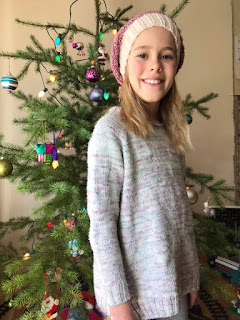 As for Camden's hat, this is another moment where I feel cool that I knit with deep stash yarn!!!  The yarn was purchased way back in 2012, and I had paid an Etsy seller to knit a sweater for Camden, because I didn't trust my abilities or something and figured another person would knit it faster, LOL.  Anyway, the remnants have been in my stash every since, some lovely Madelinetosh colorway - I think it was Truly, Madly, Deeply.
Looking Ahead, designed by Veera Valimaki, is a simple-enough pattern, thought I botched up the decreases a bit; it was hard to know how to stay in pattern, or I'd get off track.  Either way, it is cute, and I also had a feeling it'd be super cute with a faux fur pom pom, and I was RIGHT!  I am so glad I ordered from Thread Head Knits.  She has tons of choices, and I bought my poms as a bulk order, but keep in mind that some colors can't be ordered in bulk buys.  I was winging it on color choices, but I figured something I ordered would work, and the light pink is so pretty with the hat. 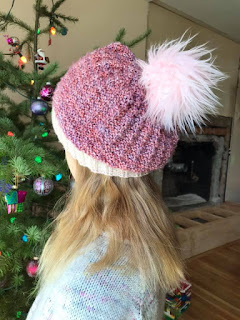 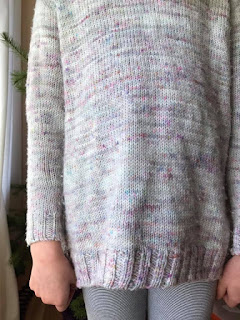 I am pretty happy that I have been working through stash yarns - for the kids or for others.  I am knitting two wee sweaters for twins right now - one down, one to go!  And I have recently knit another pair of mittens each for the kids, both from scrap yarns. 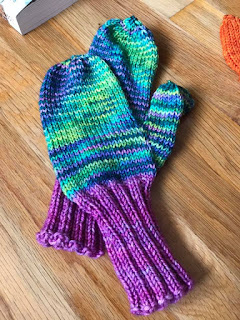 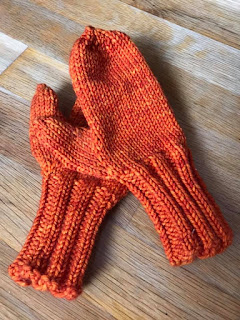 Lastly, so much has happened since the last post, but here are some snippets from some days!! 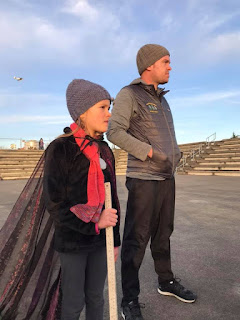 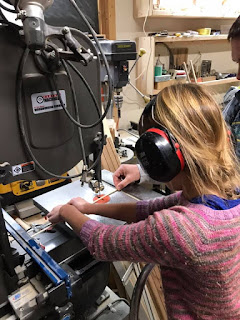 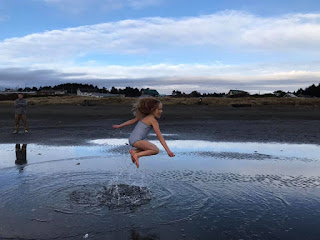 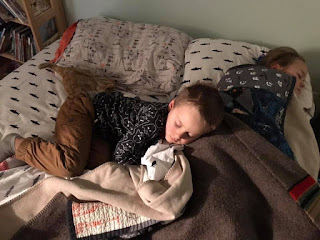 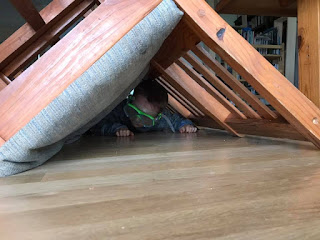 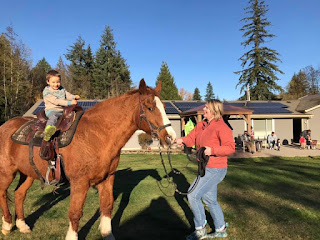 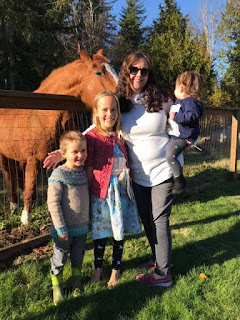 Posted by cottington at 9:20 PM