Penguins in Spring - A Modkid Addison 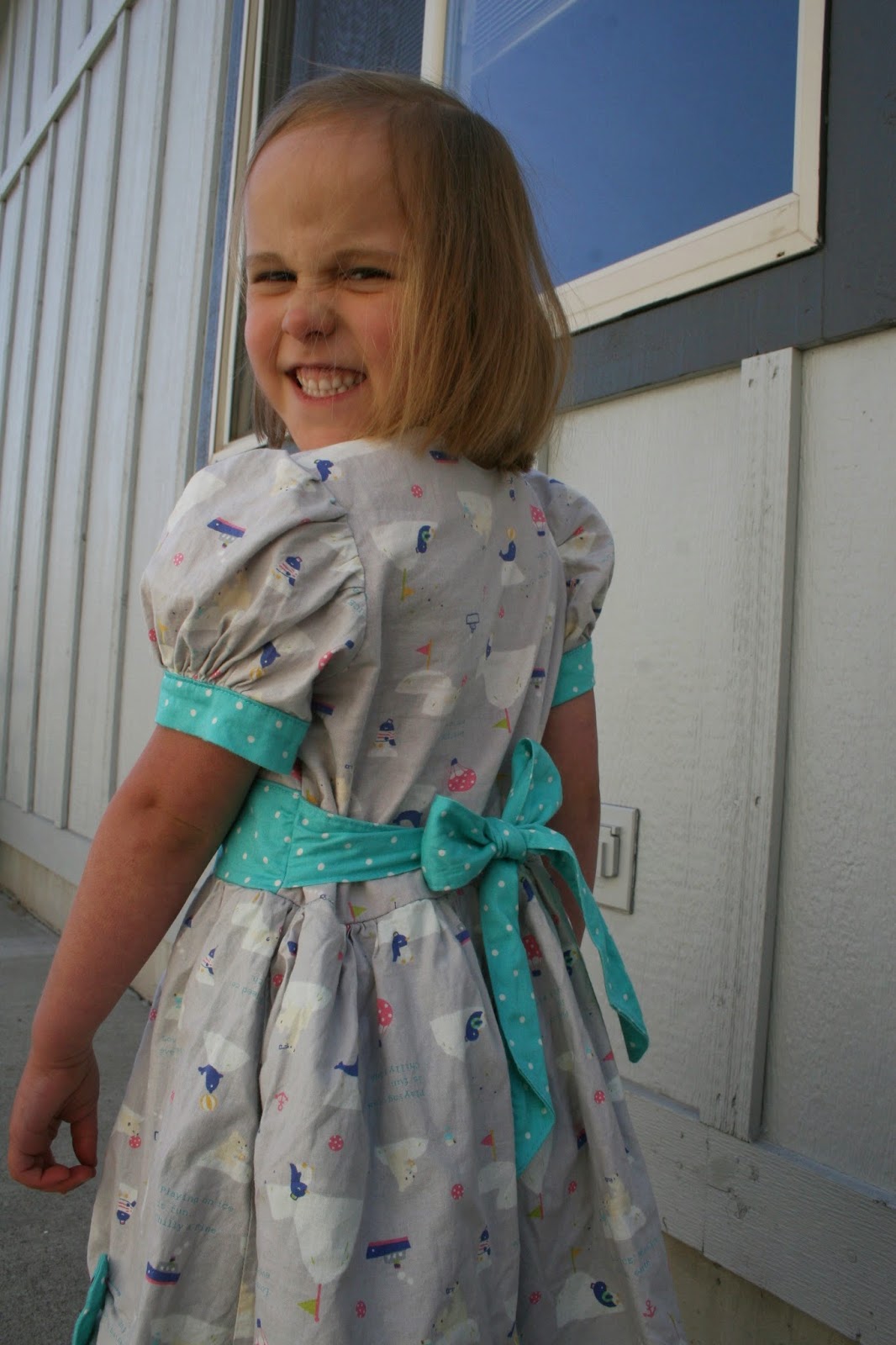 Wow!  It's ONLY been four months or so since I've sewn this dress, so, it MUST be time to blog about it, right???
It's such a cute dress, and my photos don't do it justice, but as with Camden's first Modkid Addison, I just love it!
When I made it the first time, it was for her Aunt Jeannette's wedding, and I just couldn't stop staring at the cuteness, aha!  One small bit of sadness when I made it the first time was that it was quite snug to try and get on Camden, though I made the correct size....so, THIS time, I sized up, and it's naturally too big.  Of course.  Even at four months later, I don't like how much room there is in the back, but ah, well - it'll fit lovely even this time next year, when it's more appropriately sized ;)  I think I ended up making the size 6, as I was so worried it'd be tight to get on if I made the 5.

As for deets on the pattern itself - there is nothing fancy to say!  It goes together nicely, the instructions are great, and it's easy enough for a newbie.

I originally made this version for Camden to wear to her first viewing of The Nutcracker, which was exciting for her and Greta, her friend, as you can tell ;)
I used some lovely penguin/wintery fabric I had in my stash, along with a fun cotton sateen I purchased from Superbuzzy.  They always have such fun fabrics, but their site really needs an overhaul, in terms of speed/loading - not sure what that is, technically-speaking, but go ahead and check them out, aha!  (I also totally just ordered four more colors in the sateen dots, as they're on sale!) 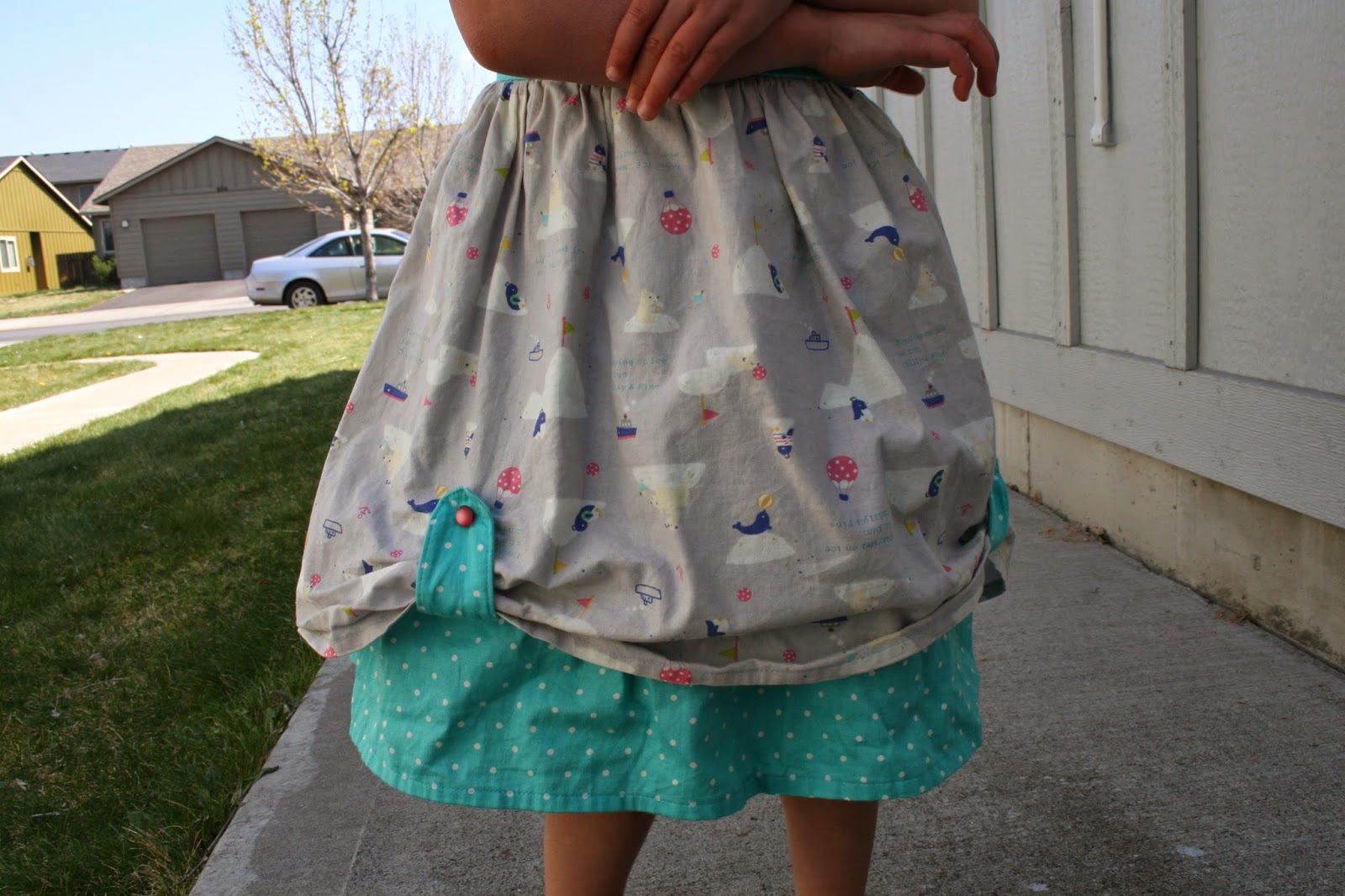 A downside to this post and the next two is that Camden has been rather sullen about pictures - that combined with being tired and cold makes for a good time for photos, LOL.

Again, though, great pattern....and am i REALLY the ONLY person who wishes Patty Young would put paper patterns out again????? 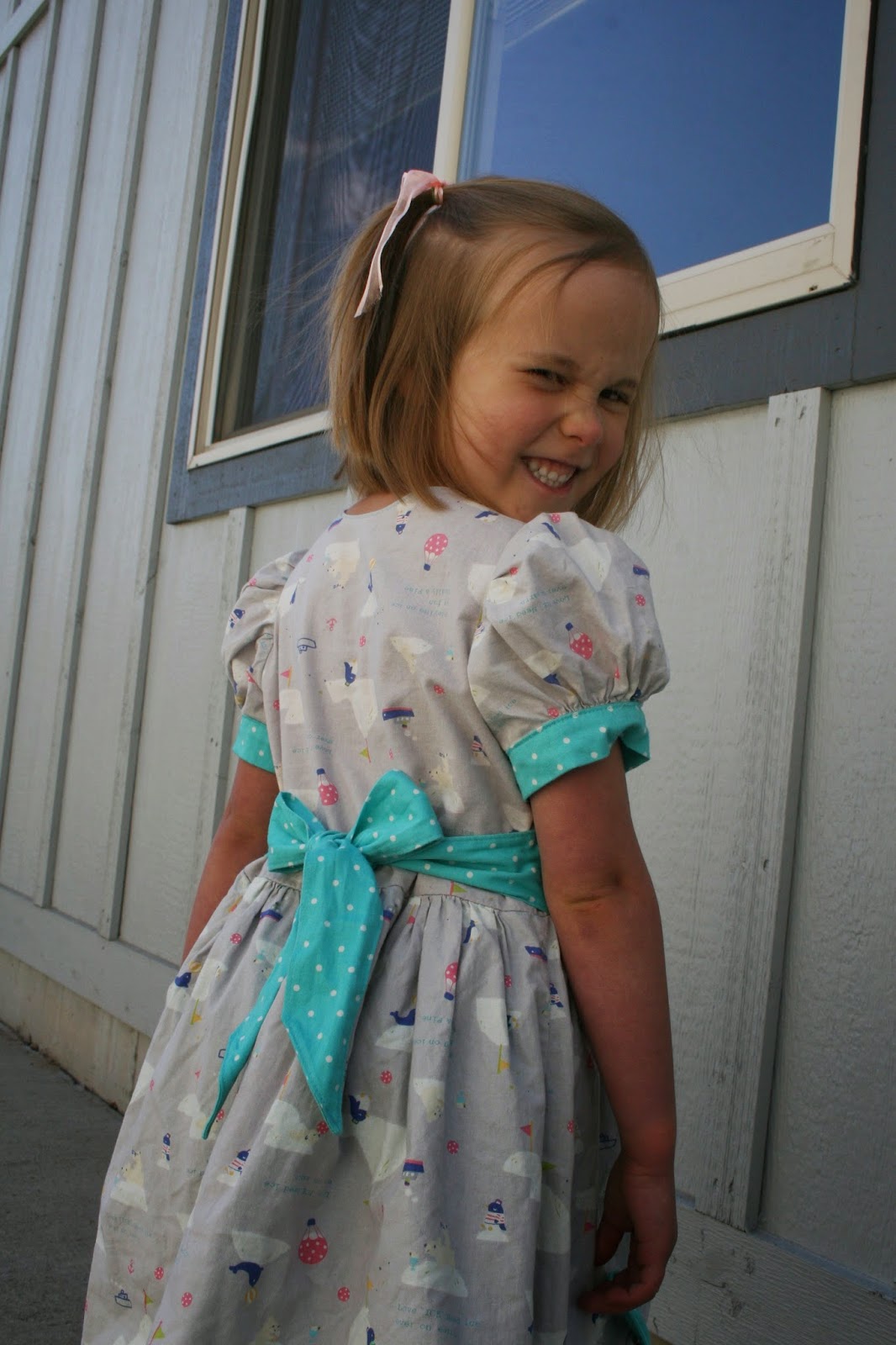 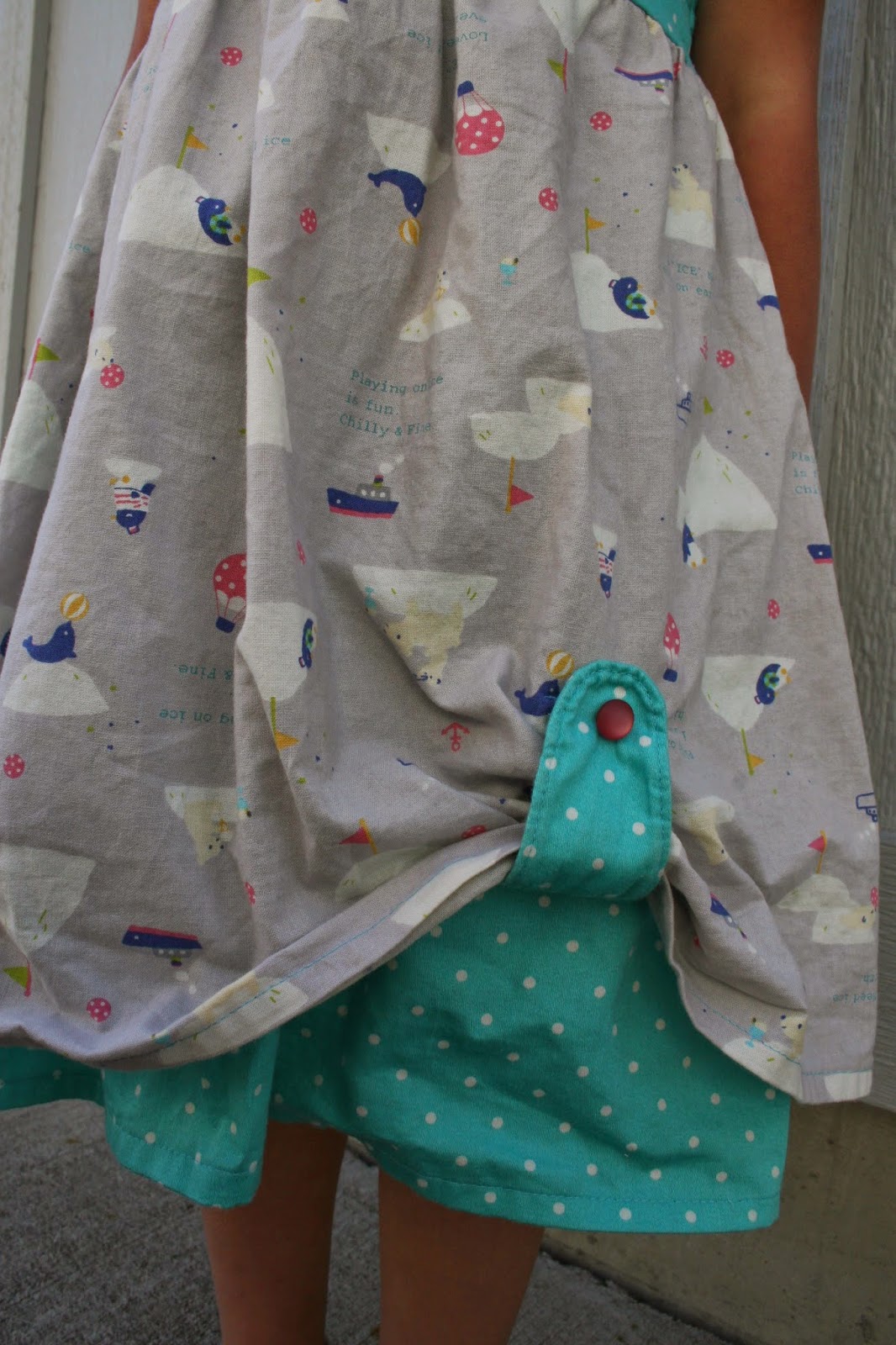 Posted by cottington at 6:57 AM