I think this is at least the second time I have mixed up my seasons recently!  My bad ;)  The Daphne knickers by Violette Field Threads are a project I wanted to sew a few months ago, sadly.  And rather than wait for warmer weather once again, I said, "eff it" and sewed them up.  We'll just pretend that it's warm out, of course, then Camden can wear them once again next Spring (as long as her crazy body doesn't get too tall!) 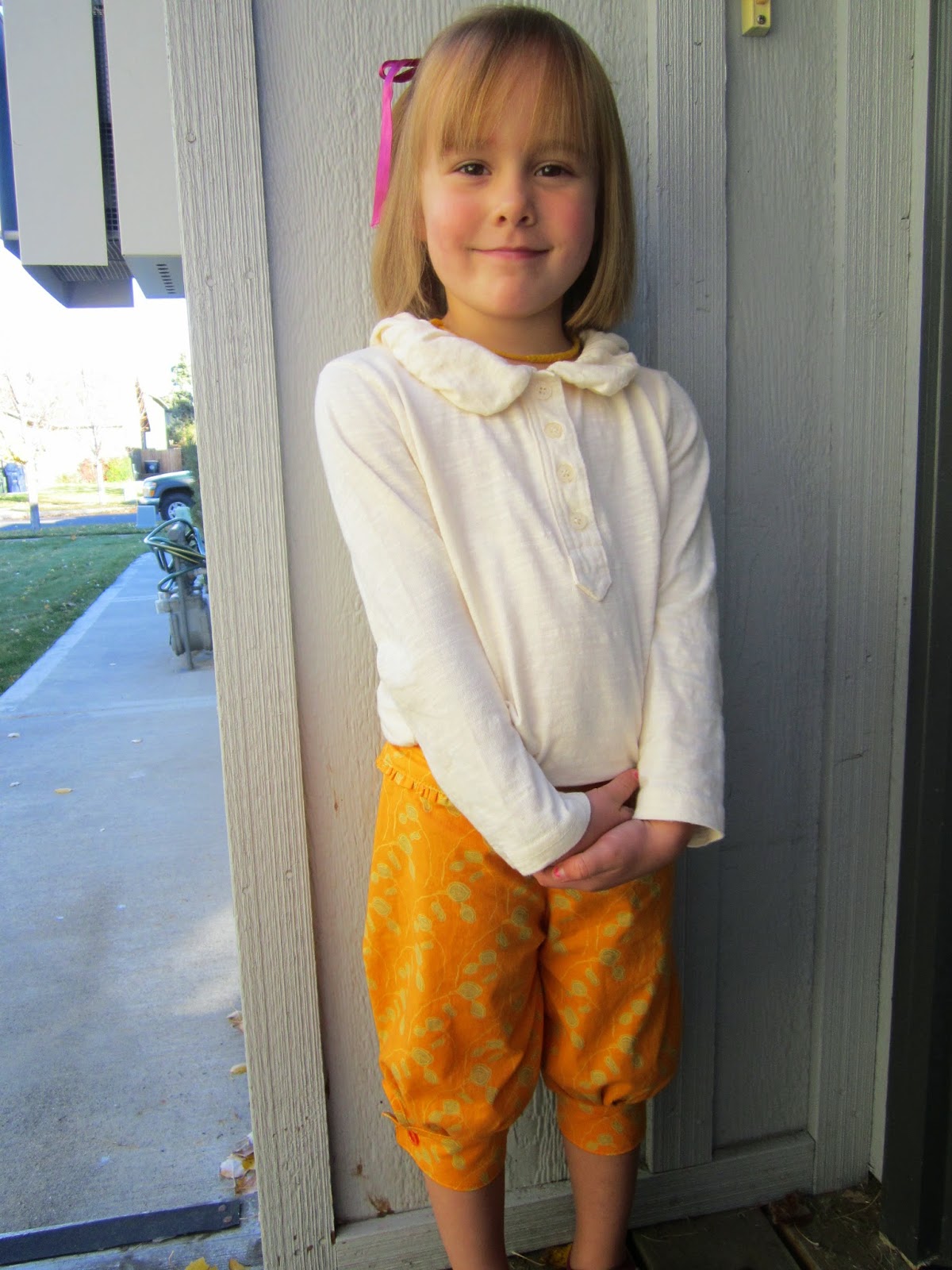 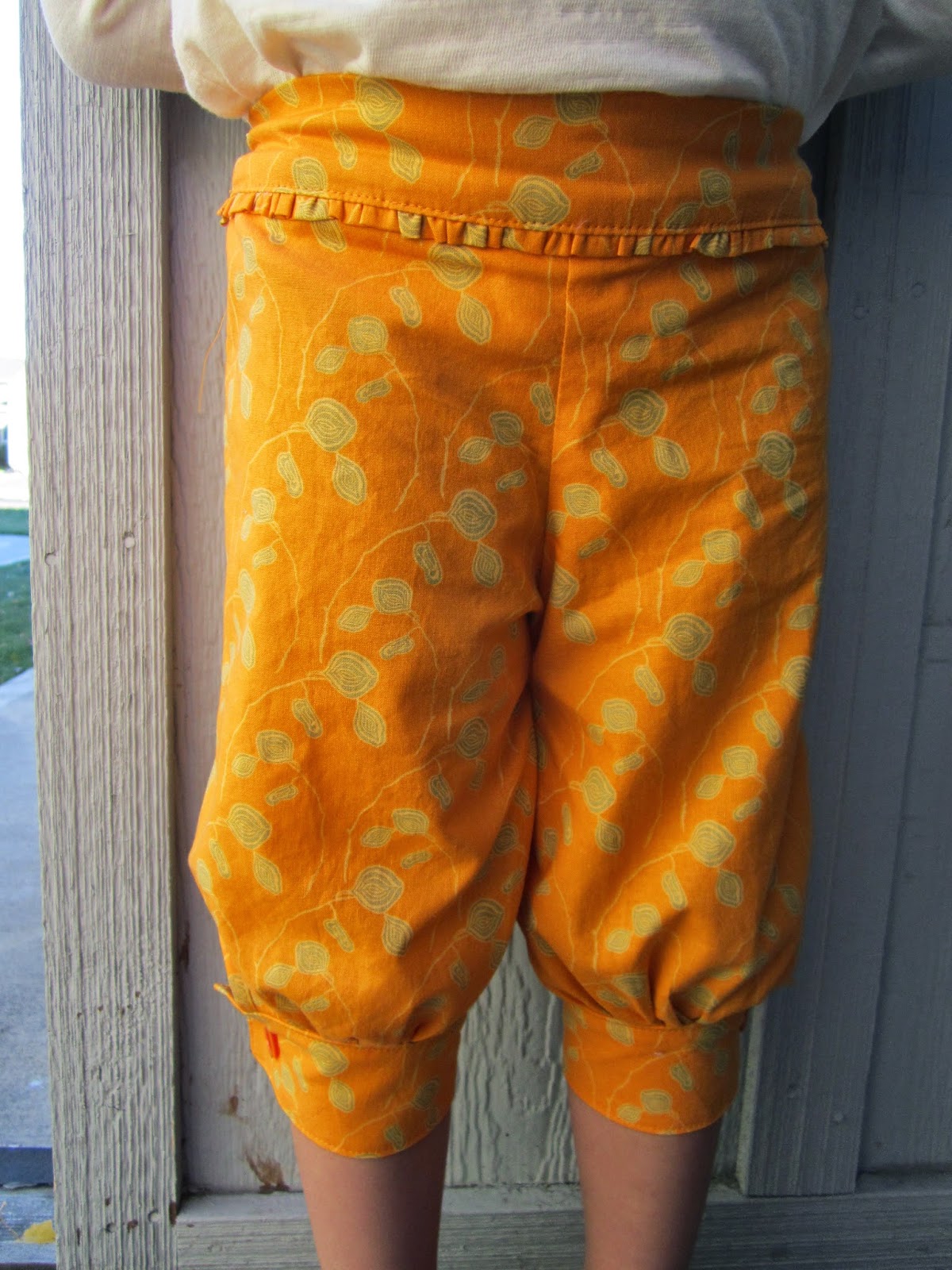 This is my first time sewing this project, and they were super easy.  There is that bit of bias tape to sew into the keyhole, but that worked out rather well, surprisingly.  These can be girlied up or played down a bit, and I took the middle road, I think.  I did NOT do the ruffle at the cuff (though I think it's cute), just to simplify things, but I DID do the ruffle at the waistband.  I LOVE that there are only three pattern pieces - and if you add in the ruffles, you simply have two more.  In fact, if you want to get crazy, you can add side pockets, but you'd have to do a bit of pattern hacking. 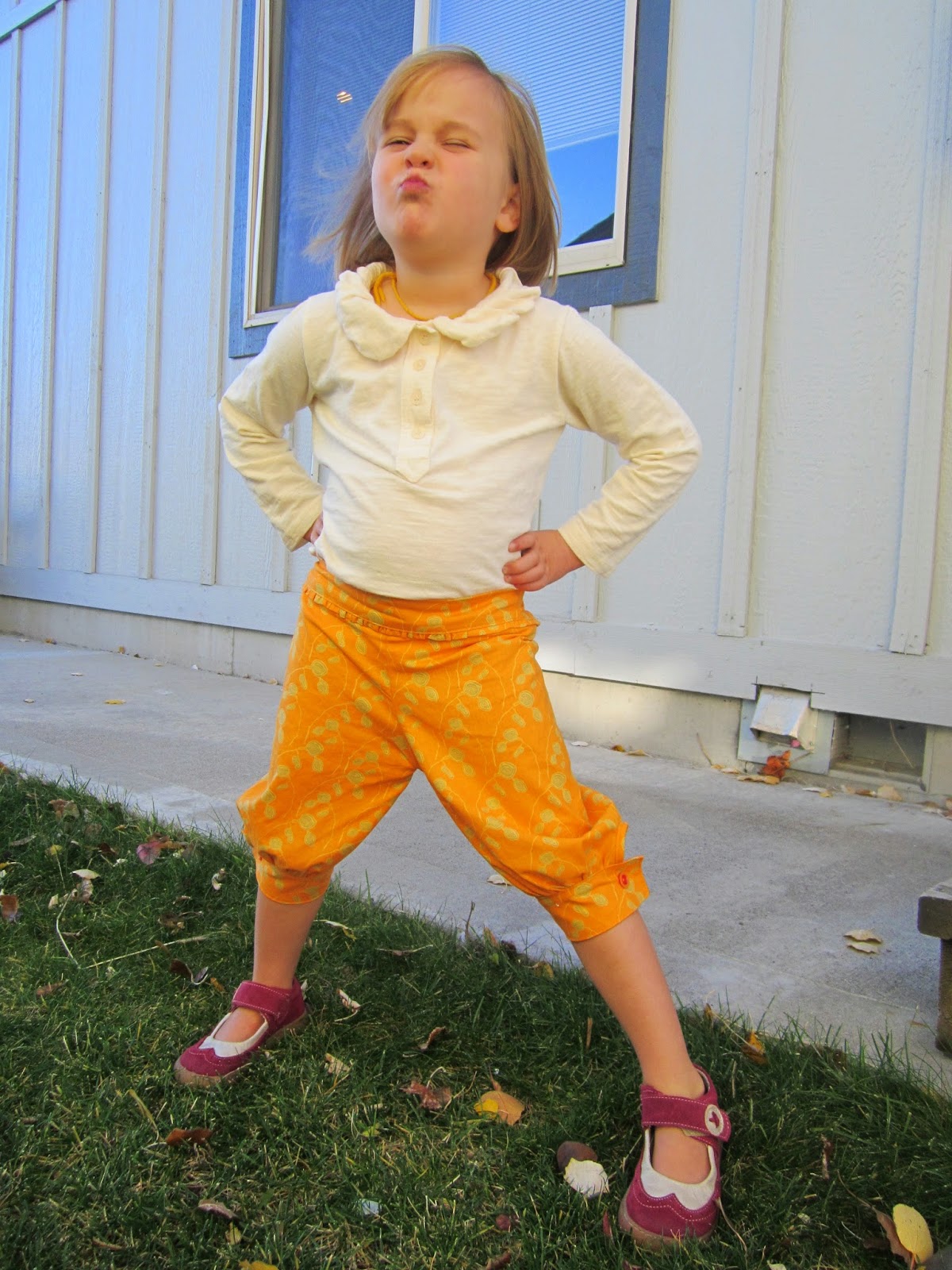 I just used a quilting cotton that was in my stash - and here is me, being lazy and not seeing if I still have selvedge lying around with the fabric line's name.  It is definitely a couple years old, though.  I did the size 5, and I will say the awesome-possum thing is that you can totally get away with not a full yard of fabric.  So....bonus for not needing to run out and spend money - as it's usually more likely you have random fabric in smaller yardage lying around.

One thing that I think is nuts is that the butt seems insanely roomy.  Camden has NO rear end, as I've mentioned, but these are definitely on the roomy side, so, if I was more interested, I would have figured out how to take that in.  Clearly, though, I wasn't that interested, LOL.
I don't think I had four buttons of the style I used for the cuffs; otherwise, that would have locked the cuff overlap in place a bit better - and would have been cute, of course!  I love those buttons and used them HERE last year. 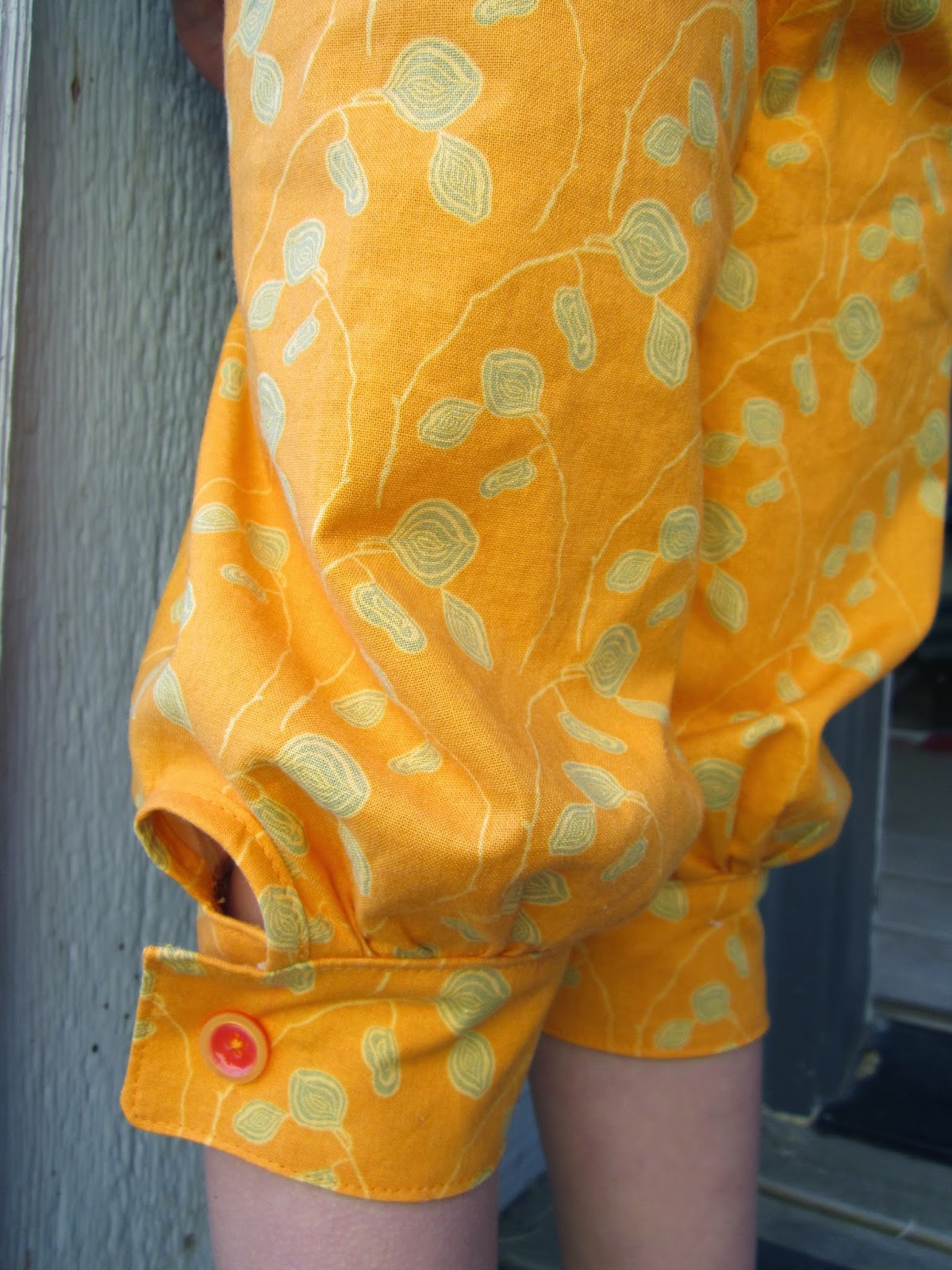 I will say, also, that I did not follow the pattern as written.  I have no idea if what I did matches up with the directions, but I definitely did the bias tape first, then I sewed the main pants together and added the ruffle TO the pants before adding the waistband.  I wasn't sure about the elastic situation - maybe the directions laid out adding a row of stitching to make a smaller casing (I have NO idea, as I apparently didn't want to read yesterday), but I DID add a row of stitching to the back side to make for a snug casing. 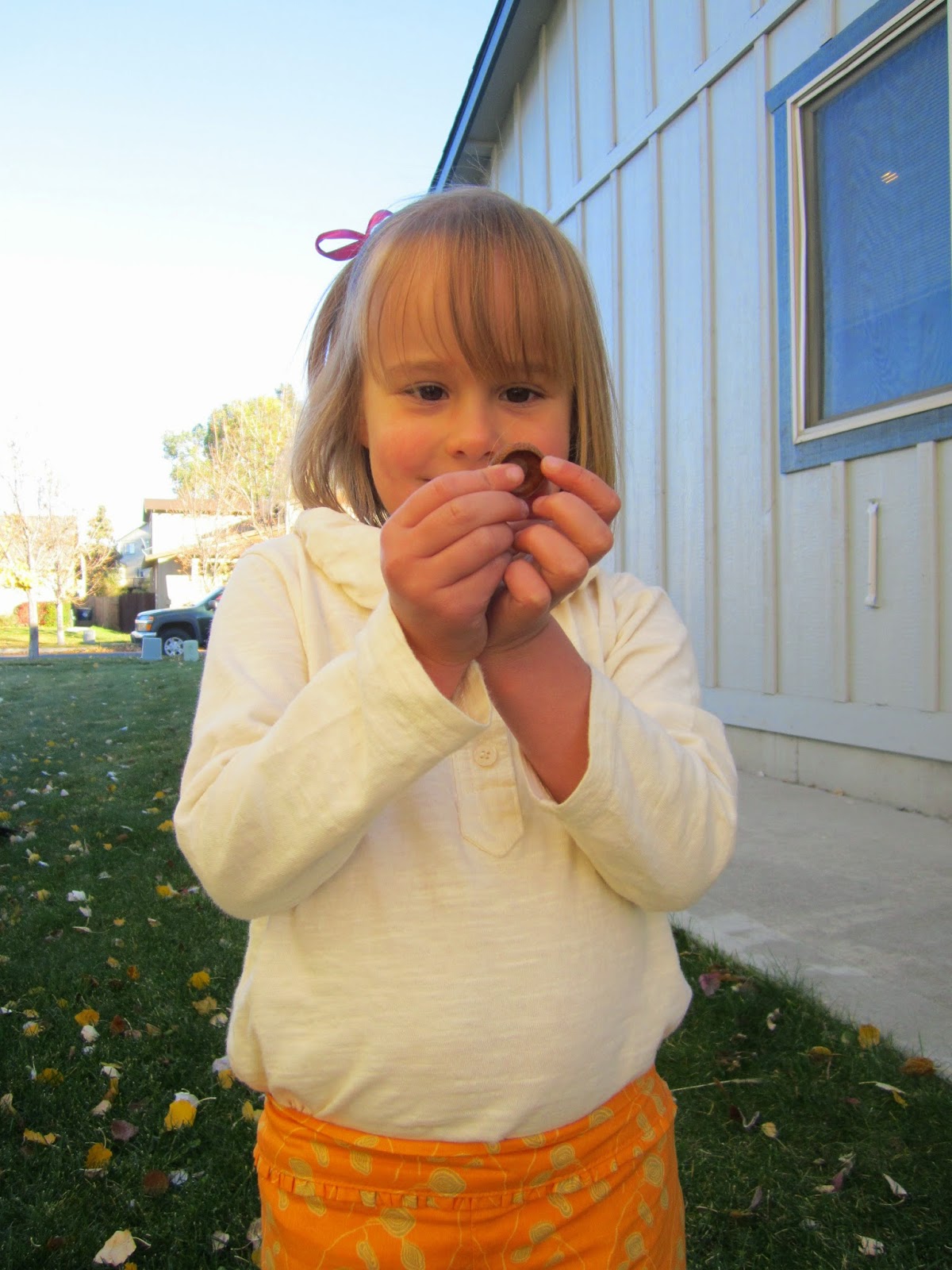 Lastly, I sadly did NOT make this shirt.  It's one Matt and I picked up when Camden was - NO JOKE - a BABY.  We have a pair of wool pants to match, but they're still SOOO long (she can't help she's a shortie, yo).  Anyway, she'll outgrow the shirt first, and it was a miracle of miracles yesterday when I realized that we did, INDEED, have a shirt to match the capris/knickers. 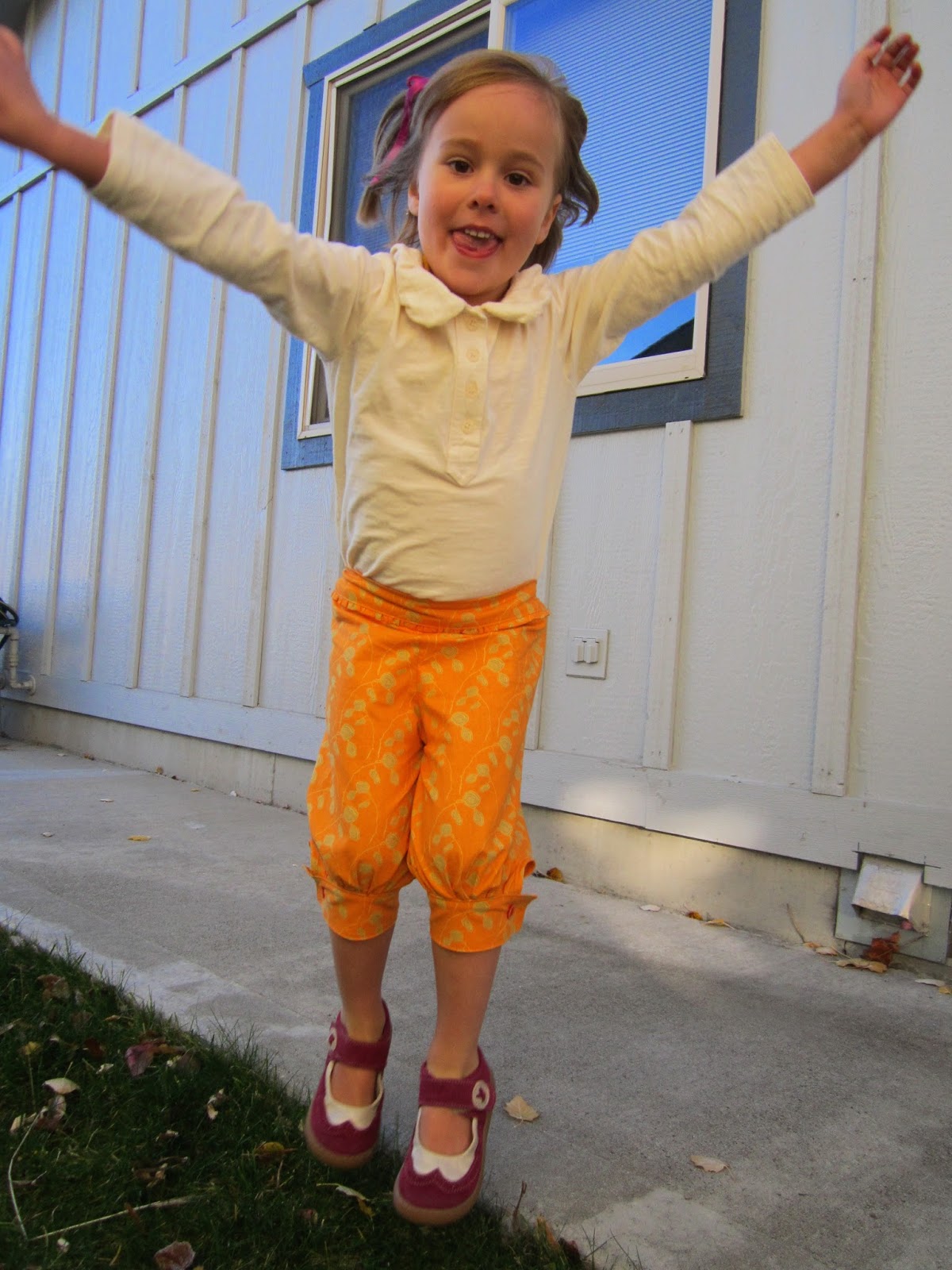 Oh, wait!  Speaking of miracles....I organized my patterns yesterday - HOLLA!!!!!  (Honestly, though, this just means they're hopefully in the right binders.)

Also, we visited Portland a week or so ago, and Camden was able to meet up with her Vancouver besties, LOL.... 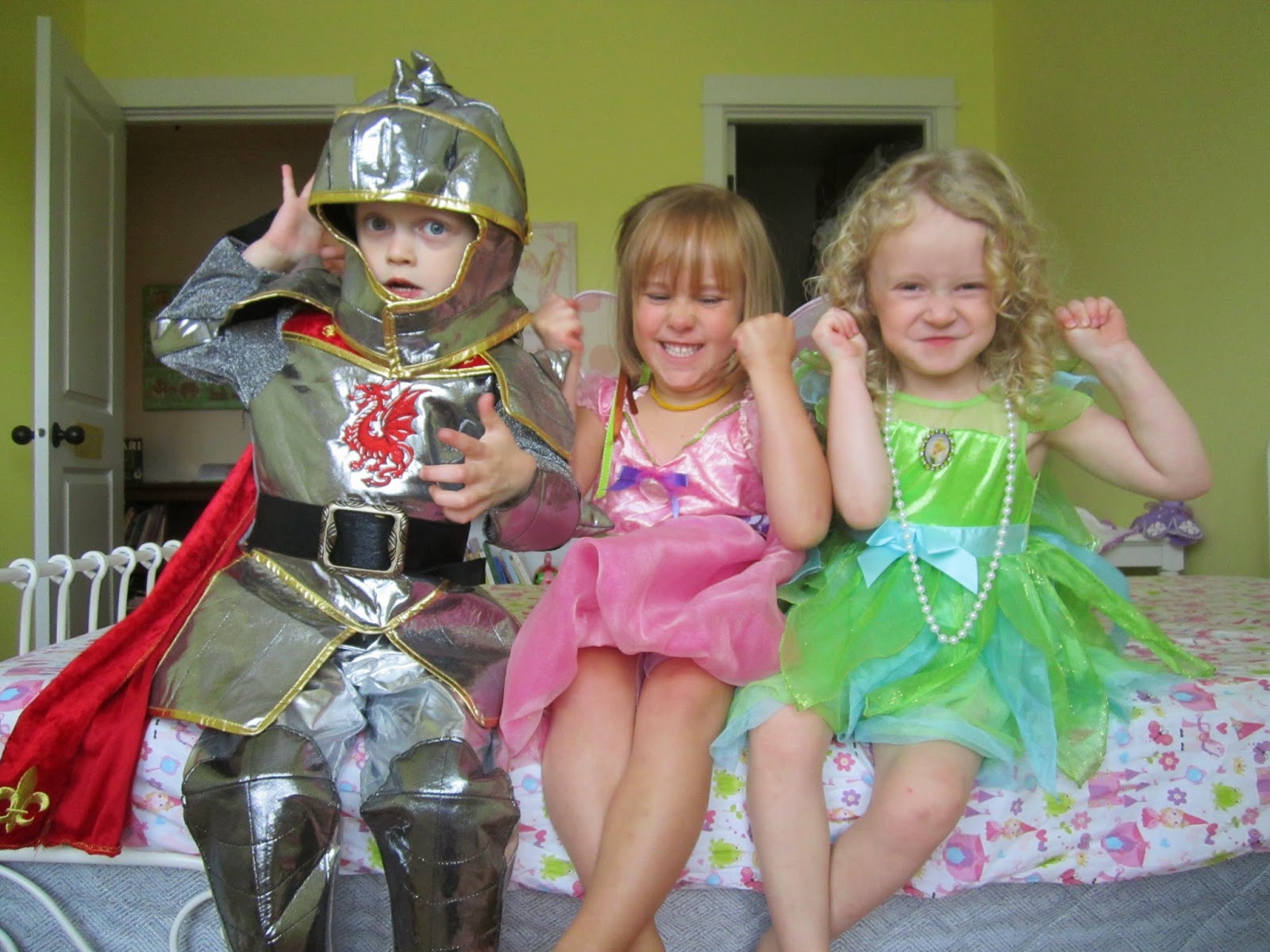 Might as well leave off with a picture of the tiny guy....with his dad!  I'm finishing up his Anders sweater, but I sadly  will run out of yarn before I can finish the second sleeve.  I am a bit annoyed about this.  I tried checking through Ravelry stashes, but to no avail.  I will have to buy a full skein of yarn, though I only need maybe ten. grams, LOL.  Such is life.

Posted by cottington at 9:11 PM