Audrey Hepburn: A Quilt of My Friend's Very Own 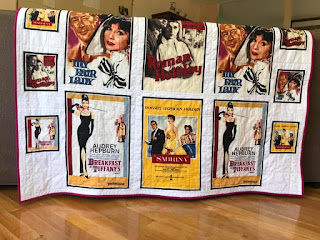 This is me:  Let's buy that yard of white fabric I have needed for over a year so that I can finally get down to business on Camden's Broken Herringbone quilt. 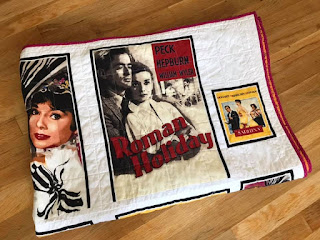 Also me that same night:  Wow!  Thank goodness I happen to now have a yard of white fabric so that I can ALL OF A SUDDEN whip up a quilt for Elissa (of The Rarest Bird!!!), my friend! 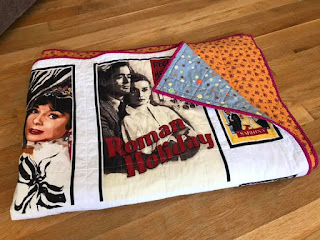 My second quilt is officially a gift.  I surprised her with it yesterday, and I'm so glad she loves it!  I don't recall if blood, sweat and tears were involved in the making of it, but wasted fabric, rust stains and cussing were! 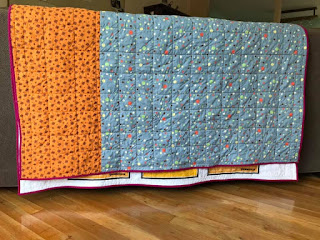 I figured it would at least be easy enough to use the Audrey Hepburn panels she had given me - turn them into a basic rectangles quilt.  I sashed each panel, having to rip out when I misplaced the wider vs. the narrower strips of white, and then I had to figure out where I wanted the mini panels to go, and I went with the sides of the quilt so that I wouldn't end up with a crazy long and narrow quilt.  In doing that, I also had to rip out and then buy more white fabric, but the math wasn't too awful, aha. 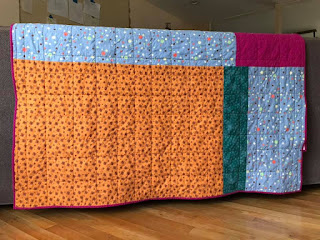 The only other near-fatal accidents with this quilt involved not making the backing quite enough.  It was wider than the top by about 6 inches, but it BARELY met the length of the top, and that was a bit scary, as I kept moving the top around to match the backing underneath the batting, not wanting to warp the top, clearly, but wanting to stretch it as far as I could. 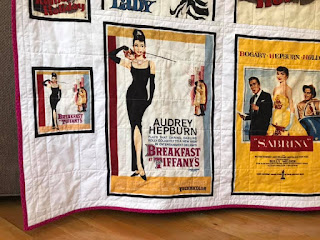 Lastly, when I ironing, I knew I was temping the fates because when there is water/steam involved with an iron, it sometimes lays down a rust mark, but I REALLY wanted to get out the pink pen marks (by the way, I love that pink pen, but it's a wash-out, not an iron-out; use Frixion pens in your quilting!!) without washing it.  Anyway.... you see where this is headed.  I lost my ever-loving mind and threw that quilt in the washer, knowing that the open seam where I had sewn the binding on would likely fray quite a bit in the wash.... and it DID.  After washing and drying, I then had to go back and re-sew some of the binding where it had frayed too close to the seam line.  That wasn't awesome, to be honest. 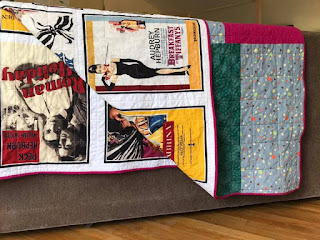 Anyway, it took a few days to hand-sew the other side of the binding down, as life is crazy right now with tons of driving to and fro, but the quilt overall is done and awesome and it is loved.  I so love surprising people!!!! 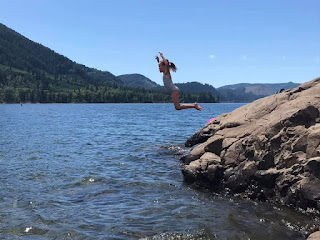 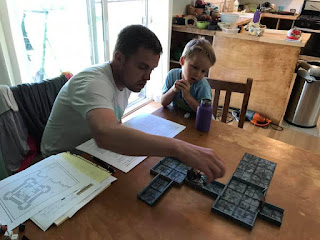 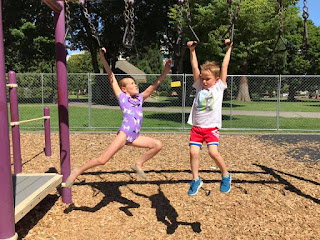 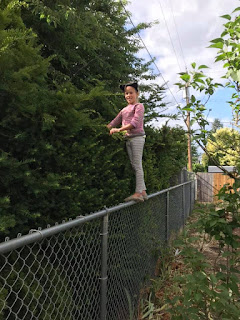 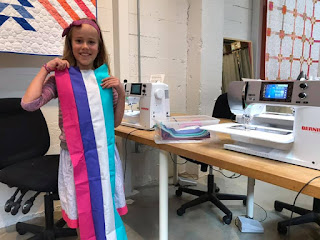 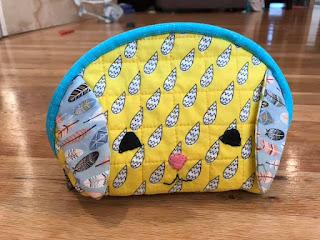 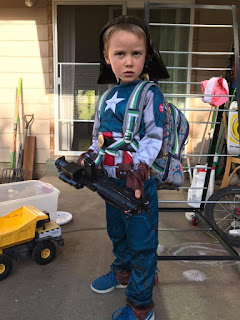 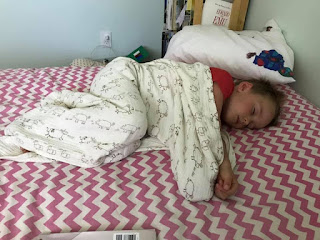 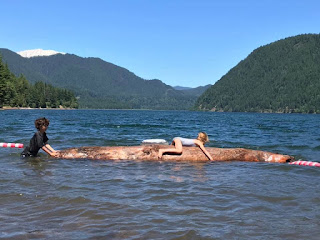 Posted by cottington at 8:43 PM