Josephine: A Lovely Name for a Lovely Dress 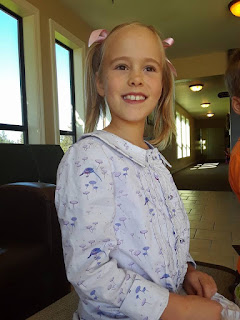 Clearly, the Josephine dress by Violette Field Threads is one I enjoy making Camden. 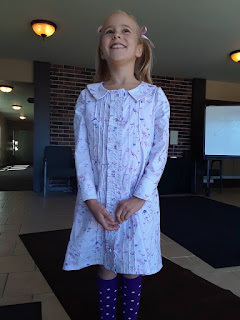 But...let's not get hasty!  I love the end product, and I love the pintucks, and I love the fun button ruffle - but WAIT.  I do not love sewing buttonholes on the TOP of the button ruffle tab.  It makes me want to stab my eyes out, though, because, as mentioned in the other Josephine post, I can't sew the top buttonhole far enough UP that it keeps the placket against the other placket - because my machine hates me and often doesn't like to do TOP buttonholes.  I should go back in and sew in a hidden snap, as that'll help, and I believe I have done that before. 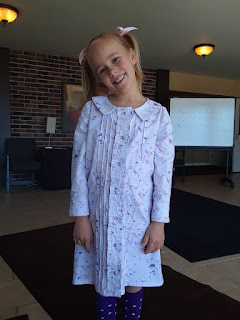 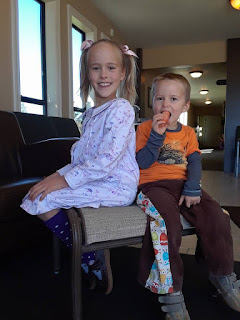 I sewed this dress up months ago, but it definitely had a nightgown-type look to it, though I hadn't felt that way about previous versions.  I know Camden hasn't grown that much at all in the past several months, but it seems fine on now!  She definitely wanted the cuff folded up, so, it's a good thing I never did sew buttons on the cuff, like I normally do - whew! 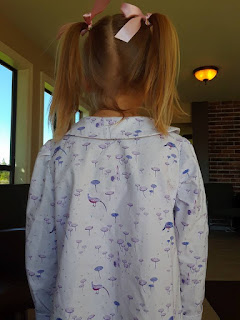 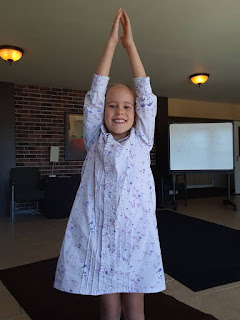 The pattern, as usual, works up nicely, and I actually had also started a blouse version, as I always like to do a couple-few at a time, but I need to finish it up and pair it with some more Whitney trousers, also by VFT....I suppose I should find fabric for that project! 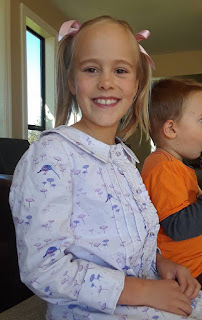 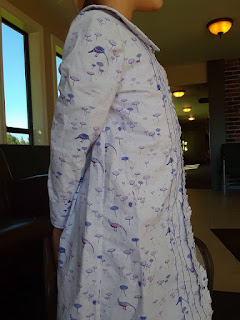 I finally have new shoes for Camden (shout out to her grandma!), so, that worked out nicely, and I did end up buying tights, but the fun purple socks stayed on because you can't go wrong with purple on purple, y'all!  And I may end up taking photos inside of her school building, because the light is so glaringly bright outside (big problems, right??  LOL), and you know I'm not a fancy photographer, much less a photo editor, aha.

Camden is enjoying her once-a-week class through her charter school, and she is taking both choir and guitar, which is great!  I'm so happy she gets to have fun with friends, even if it's just for a few hours.  MOM FAIL ALERT, though:  Some moms pick up their kids LATE at the end of a school day.....I accidentally picked Camden up an hour earlier than normal.  As it is, she is only able to attend 2.5 hours of the school day, because she leaves half an hour early for ballet.  For some reason, I was SO OFF last week (partly because I didn't have Tiberius with me, and I'd just had a massage and a rushed work-out - which clearly didn't need to be rushed ) that I showed up and grabbed her at 2:30, rather than 3:30, and I didn't realize it until we'd changed clothing at the ballet studio.  I felt so bad that she'd missed so much class time...and bad for myself, LOL, because it was the LAST of the totally kid-free 20 ours I had!  Tiberius was staying with his grandparents up in WA, and I was able to sew HIM two shirts and a pair of pants while Camden was at a sleepover, which was awesome!!  Anyway, that will not happen again - oops!

In fact, stay tuned for the blog post detailing Tiberius's new duds - and hopefully one in the not-too-distant future about the Whitney trousers and Josephine blouse!! 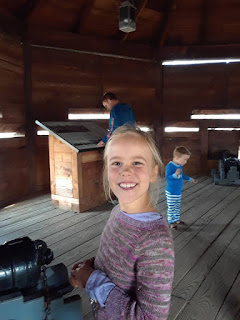 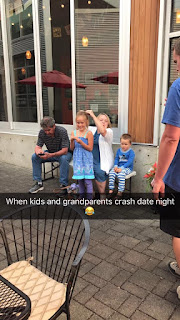 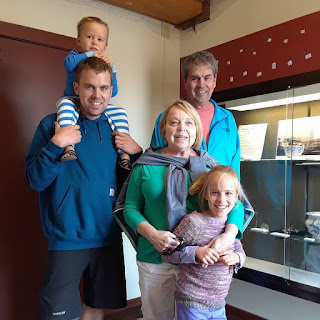 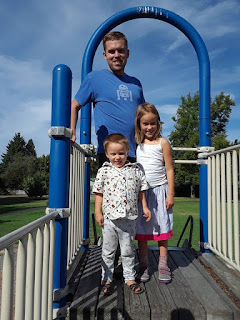 Posted by cottington at 9:40 PM