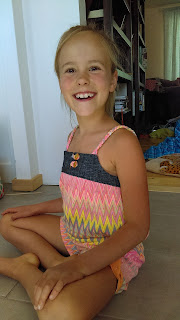 I do NOT know how I haven't made more of these!!!  I love this Zephyr Romper by Figgy's and wish I'd made Camden one for each of the past two years.  She has only ever had one of them, and I loved it to pieces!
Well....okay.  I DO know why I don't make them more often....it IS a bit fiddly, though not difficult, really.  And I have been putting it off in favor of quicker things to sew...especially since Tiberius arrived in our lives, aha! 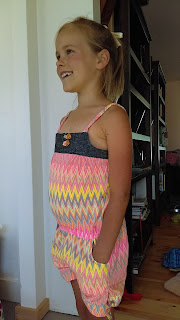 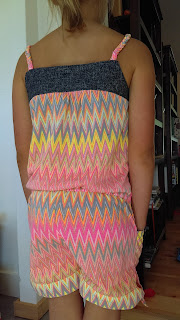 The pattern is awesome, and it's another that is best to assembly line sew, in my opinion!  As with last time, I also made two dress versions, yet to be blogged (as in, I finished them last night, in the midst of having a cold, LOL).  I used a fun fabric I bought way back when I purchased the fabric for the first I'd made.

One of the fiddly bits is in making the braided straps, BUT....I made them simpler this time by NOT sewing tubes out of my knit fabric strips...I left them raw.  Smart move, I KNOW!!!  I also did NOT cut them on the bias, as I found the top dragged a bit last time I made this.  As for the button loops, I'm just plain silly and SHOULD have made tubes, but I thought I was a GENIUS and had another plan...that then involved me hand-sewing the tubes shut.....not good times, but whatever. 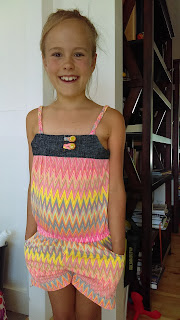 Also, not photographed is a defect:  I didn't realize until after I'd sewn the WHOLE OUTFIT that I didn't manage to get the end of one of the button loops caught under the original seam, so, it's dangerously exposed and could probably fall out at some point.  I could try to fix it - but maybe later, aha!  I do wish, though, I'd looked at pattern photos, as I wouldn't have moved the buttons so far over.  Another strike against me, as I did that on the dress versions last night, too. 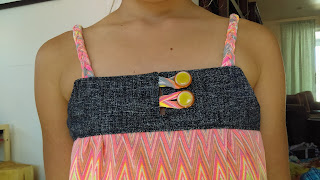 The cuff pieces are a bit of work, but I used the knit on the outside, attached a knit interfacing, then lined the cuffs with shot cotton.  I also hand-stitched those into place after I knotted them.

Lastly, I totally took GENIUS to the next level by just not reading the pattern at all.  I attached the bodice to the shorts and completely forgot about that whole elastic casing bit....so, there was a bit of SERGED seam un-picking.....oops. 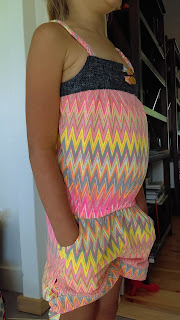 Overall, love it!!!  Just bummed about the button loop situation - and thinking it won't fit for long.  I sewed the size based on her chest measurement, but it's a bit snug getting on, so, I'm sure the same'll go with the dress versions I made.  Last time I made all of these, she got a LOT Of use out of them, so, I must have sewn based on age last time or something.  Such is life! 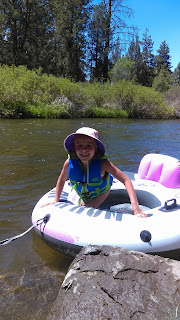 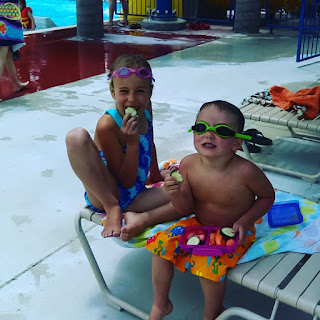 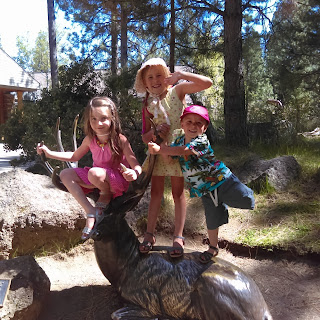 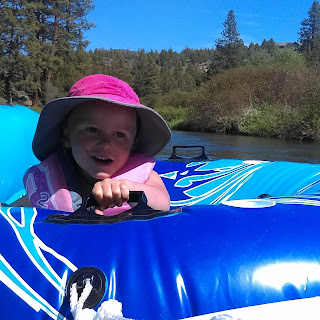 Posted by cottington at 9:12 AM