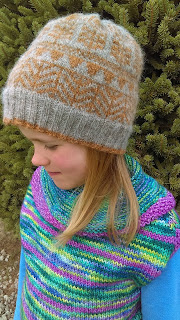 This hat is just gorgeous!  I'm so glad this yarn didn't have to sit in my stash for millions of months! 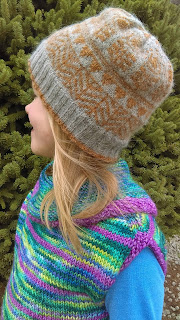 I told myself that if I finished a few things for the kids, I could work on a couple things for me, and back when Cornish Tin II came out, I knew I had to snatch it up FAST!!!  (I purchased from The Woolly Thistle, by the way - so....stateside!)  I had missed the first incarnation of Cornish Tin in 2015, so, I allowed myself two whole skeins of the second go-round, and I totally don't regret it, naturally.  I am really trying to move toward using non-superwash yarns, but I'm so picky and have a hard time purchasing just anything, based on an on-line picture.  But I knew when I saw it in 2015 that I NEEDED it.  The 2016 version, from Blacker Yarns, is a lovely mix of fibers, so, it's pretty and heathered, in a way. 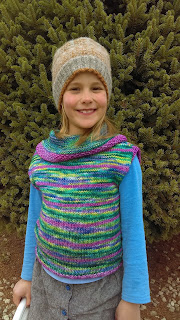 The colors I used in my lovely Vitsippa hat are Wheal Kitty Orange and Levant Gray.  The colors are clearly contrasting, but I feel that with this pattern, maybe a brighter color would have been a better choice over the orange.  You CAN see the pattern well enough in bright light, but I always worry.  The pattern is included in Pom Pom Quarterly, Issue 12 (Pom Pom site) and isn't the only pattern in that issue I'd like to knit!  Written by Joji Locatelli, it is quite delightful and simple, as far as the pattern and directions go.  It seemed to take forever, just because it is a million rounds of fingering weight yarn, yet it also flew by - maybe because there were no cables, LOL! 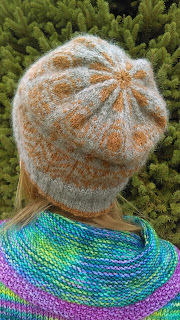 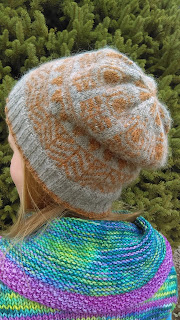 I had tried a needle size or two for the ribbing but ended up going with size 00 needles and the smallest size hat.  In the end, I maybe could have knit the middle sized hat, but it does fit.  I prefer my hats to be a bit snug, but it's almost a pop-off-my-head type of snug, aha!  Honestly, I am just excited I now have three whole knit hats for myself - one I knit several years ago and the Fathom I recently knit.  I have plans for just ONE more....then I promise I'll work on a hat for Matt, a Quadri, as he really could use a new, fancy hat!

Things have been pretty tame around here lately.  I mostly can't stop thinking about my quilting class that starts next week at Modern Domestic.  I'm THIS NERVOUS about the class....I feel I will ruin all my fabric and have NO IDEA what I'm doing.  I hope I don't drive the teacher, Meredith, nuts!  :O

The weather has been off and on decent....sun, clouds, wind, rain....I'd like a consistent 65 and sun, if that's all right ;)  It looks like the birthday party weather for this coming Saturday should be okay, which is awesome.  I am sad, though, for Camden, as I planned poorly and didn't think about spring break for public school kids, so, a lot of families are out of town.  But ahhh!  I need to order cupcakes today!  I keep forgetting! 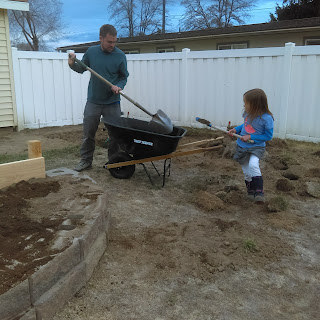 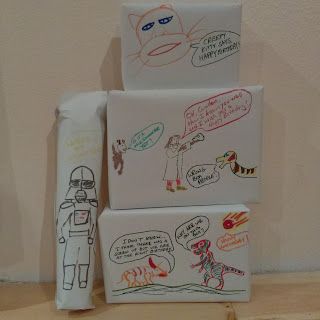 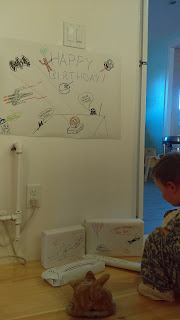 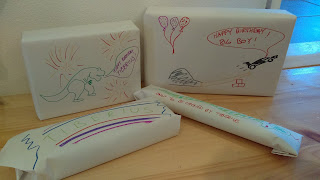 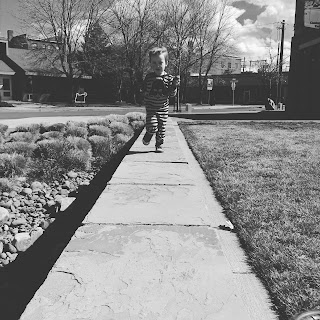 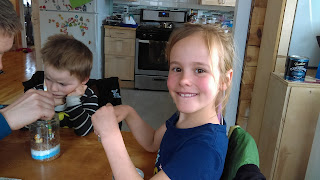 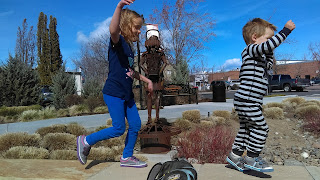 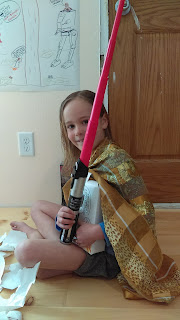 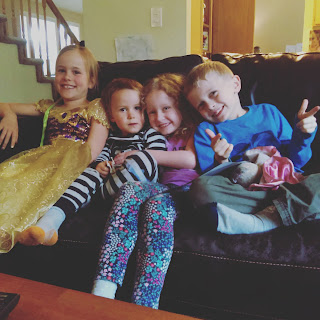 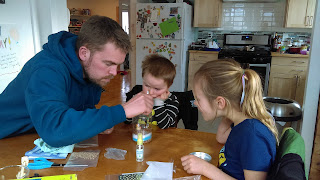 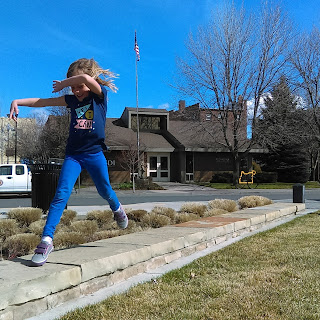 Posted by cottington at 6:50 AM