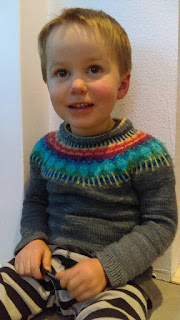 If you want drama with a pretty ending, here it IS!

I seriously went insane in the membrane while knitting this sweater.  Something that should have been finished by mid-november or thereabouts took me 8927354 years to finish (well, a month and a half, anyway!), and I was pretty over it by the time I was done.

BUT......
The gorgeousness!  I love this sweater, though I sure took some silly detours on the way to finishing it.  The pattern is Christmas in July by Tanis Lavallee.  It is totally well-written and clearly not difficult at all, but I like to mix things up, I guess ;)

My first mis-step was in the cast-on....YES, the cast-on.  It took me three tries before I could get it to fit over Tiberius's head, and his head is NOT big, as compared to his sister's, which also isn't big (how these kids got lucky, with parents like Matt and myself, I'll never know).  Anyway, I used the tubular cast-on, and I was already using a larger needle than recommended, I believe.  I then bumped up the needle size again...and again - or something like that.  I totally forget now.  But no biggie, right???  I mean, that's just the cast-on, so, I was good to go - right?! 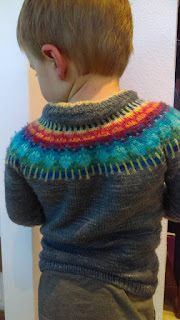 Anyway, I then needed to separate for the sleeves, and I happily did so...then knit along for quite a bit and realized it was going to be too large.  I can't recall if I even tried it on Tiberius.  I ripped out a few inches of the fingering weight design and maybe moved down to a smaller needle size.  I just don't know that I like when patterns size something from size 2-4, which is the size I knit.  I feel that's quite a range for a child that young, and the chest circumference was supposed to be 22.25 inches, but I had 24.  Anyway, I then had to rip out again, because it was maybe still too big, or I was worried it was - I honestly can't remember now.  I die a little inside, just rehashing all of this :O  (I also die right now, because my kids keep coming out of their room, LOL).  I also pulled some nonsense and didn't cast on the number of stitches I was supposed to at the underarm when I re-knit it.  That lost me a half-inch, which is considerable...considering, aha! 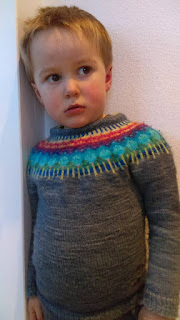 The end result is definitely snugger than I'd like, but it's super cute.  If it'll fit through this winter, then I'm happy, aha!  I DO wish I could figure out how to get collars to lay flatter, rather than puff out. Again, great pattern, but I wish there were two sizes for that particular size.  Also, I did have to order more yarn, as I knit at a tight row gauge when moving down a couple needle sizes to meet stitch gauge....and of course, the yarn didn't quite match the original yarn, but it's not so bad.  Just don't look too closely at the second sleeve ;)
I'd totally recommend this pattern, for real, even though I was out of my mind and making silly choices while knitting it.  I actually have the yarn to make Camden a version next year (which Tiberius will then be able to wear the following winter or the next).  And you can read my detailed notes on my project page.

And....fun times while stuck around home the past couple of weeks.  The snow is insane this year...and maybe making ME insane :O  I don't mind shoveling, so much, but we ARE running out of room for me to throw said snow.  We have awkward fences on the sides of our driveway - and an annoying tree that may have to depart this world this year - so, planning for a lot of snow was tricky, when it came to shoveling it wider, etc.  We had a warm-up between yesterday and today, slightly, but it's now getting cold again, and I look forward to the 40s next week - yay! 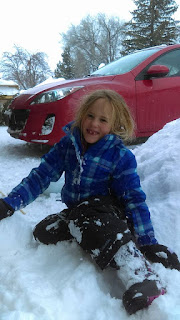 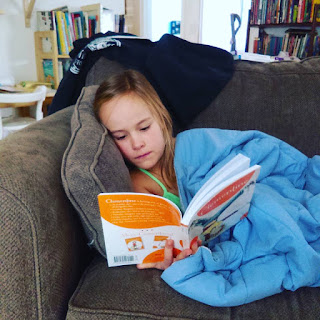 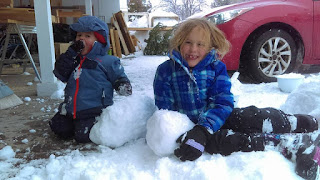 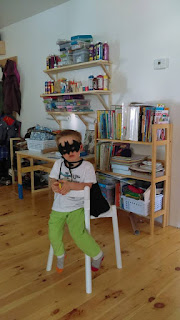 Posted by cottington at 8:41 PM